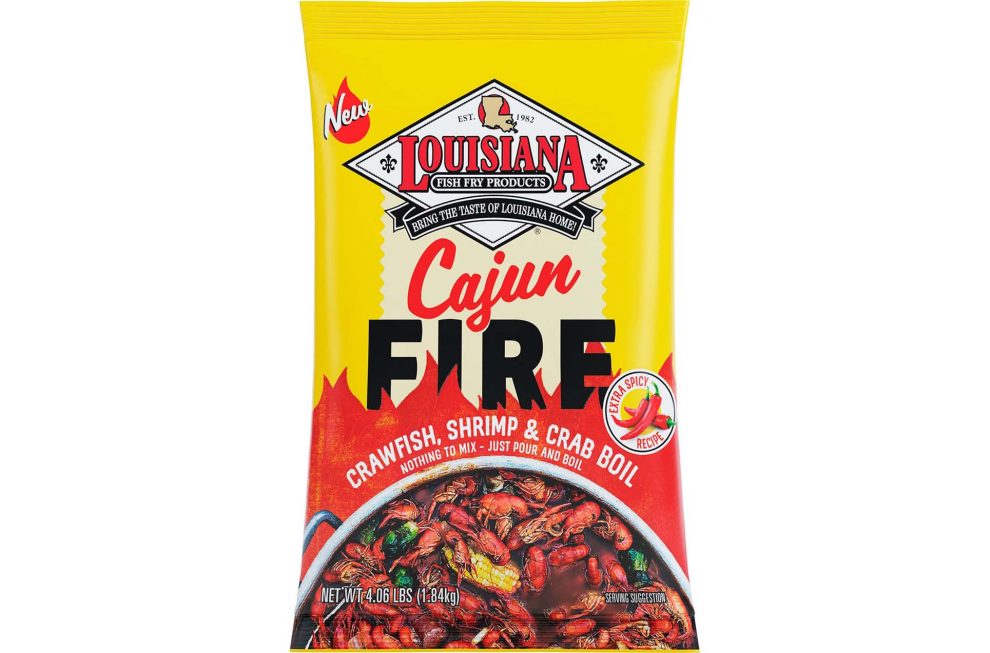 The new boil preserves the blend of seasonings of the original and increases the heat for boil masters who like a little more kick to their crawfish.

“Crawfish season is already off to a great start, and nothing says crawfish boil like Louisiana Fish Fry,” said Caroline Gray, marketing director at Louisiana Fish Fry. “We’re excited to offer a new and delicious option to boil masters everywhere.”

The company has continued to invest in its boiling products, inking a partnership with the one-of-a-kind crawfish finder app, The Crawfish App, and featuring its boils in the recently-launched “Let’s All Louisiana” advertising campaign.

In 1959, Tony Pizzolato opened a small produce stand in Baton Rouge, Louisiana. And while Louisianans certainly love their Holy Trinity of celery, bell peppers and onions, Pizzolato realized there was a bigger demand for fresh seafood. He then added crawfish, shrimp and crabs to his selection, and soon, seafood became his biggest seller.

By 1972, the commitment to serving only the freshest, highest-quality seafood had turned a meager produce stand into a thriving seafood business, with lines out the door.

But it wasn’t just the seafood customers were coming for. Folks couldn’t get enough of the authentic Cajun dishes created from Tony’s own original recipes—including his homemade seasoned fish fry. He soon realized if the people of Louisiana loved his food this much, there’s a good chance the rest of the country would, too.