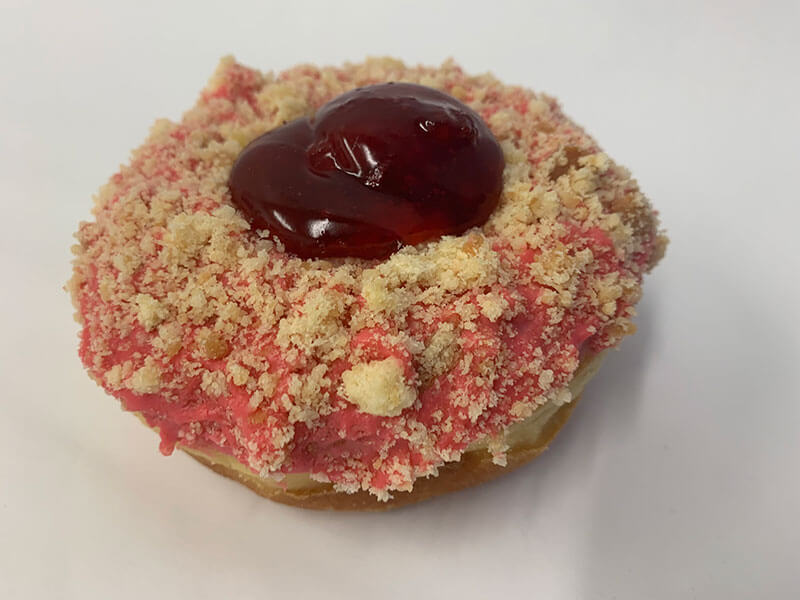 With inspiration ranging from childhood favorites such as Banana Split, Neapolitan Dream and Root Beer Float, residents across Arizona seized the challenge to create recipes for the fifth annual Bashas’ Donut Flavor Craze Contest. Now the winners—a 10-year-old from Surprise and a grownup from Glendale—have been chosen, just in time for National Donut Day on Friday, June 5.

Bashas’ invited both kids and adults to submit a donut flavor creation that encapsulates what they love most when it comes to having a guilty pleasure. From sweet to sour and everything in between, Bashas’ Supermarkets assembled a panel of celebrity judges to select the winning donut in each category based on overall taste plus a 100-word description of the donut idea, including the proposed name and key ingredients.

Ten-year-old Makenzie from Surprise chose to combine a burst of flavors into one donut for the kids’ category. Her Sprinkle Explosion creation is a donut filled with buttercream and sprinkles, topped with white icing, swirled with drops of color and topped with sprinkles.

Both winning donuts will be featured in Bashas’ bakery cases across the state during the month of June, starting Friday, June 5 (National Donut Day), joining the grocer’s other made-from-scratch treats, including donuts, fritters, croissants, Danishes, brownies, frosted cookies, cakes, cupcakes and more. Additionally, Bashas’ will be donating 10 percent of the proceeds from the sale of donuts at all Bashas’ in Arizona on June 5 to support The Salvation Army.

In addition to being designated as the 2020 Bashas’ Donut Ambassadors, Makenzie and Angel each will receive one dozen donuts every month for a year, $500 worth of prizes including a Bashas’ Gift Card, family fun activities and baking/cooking gadgets.