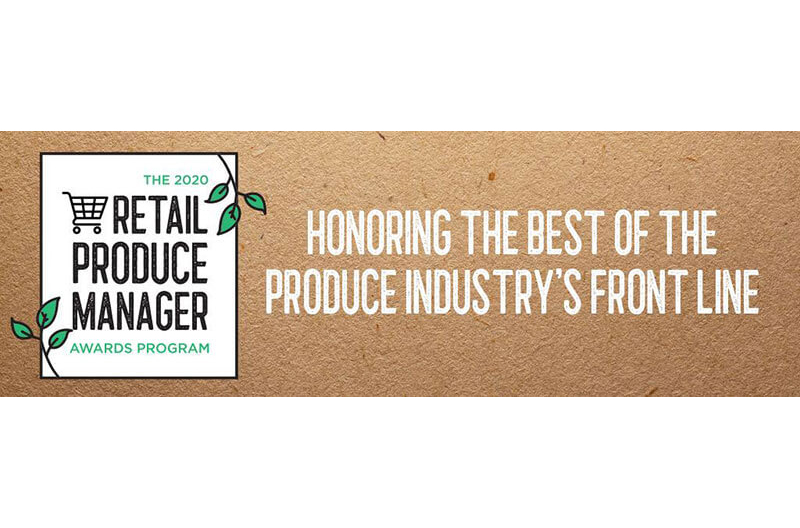 Sponsored by Dole Food Co., the program pays special recognition to produce managers working every day on the front line to increase sales and consumption of fresh fruits and vegetables. Since the program’s inception in 2005, more than 325 retail produce managers, representing more than 110 different retail banners, have been honored for their contributions to the industry.

“As the face of our industry in store, retail produce managers play a significant role in influencing a consumer’s decision to shop for fresh produce,” said Tom Stenzel, president and CEO of United Fresh Produce Association. “More so than ever before, we are extremely fortunate to have these outstanding produce managers representing our industry and working each day to deliver a positive customer experience in the produce department during the coronavirus pandemic. We’re especially grateful for their resolve in the face of this public health crisis.”
United Fresh and Dole Food Co. honored five retail produce managers with the $1,000 Grand Prize honor. Those recipients are:

In addition, in recognition for the work these essential retail produce managers have been doing throughout the COVID-19 pandemic, Dole Food Co. has honored each of the 25 winners with a $1,000 check; further increasing the five grand prize winners to $2,000 each.

In addition to the grand prize winners, the top 25 include:

These winners were selected from hundreds of nominations submitted by retailers and produce suppliers across the industry. Nominations for the Retail Produce Manager Awards were evaluated on several criteria, including efforts to increase produce consumption through excellence in merchandising, special displays and promotions, community service and commitment to customer satisfaction.

“This is Dole’s sixth year as title sponsor of the United Fresh Retail Produce Manager Awards, and we could not be more proud to be a part of this important recognition program,” said Johan Linden, CEO of Dole Food Co. “These essential workers are most valuable to our industry as consumers trust in their knowledge of the healthy benefits and safety of fresh produce. They do so much to promote the increased consumption of fresh fruits and vegetables, and this program gives us a platform to express our sincere thanks on behalf of our company and our industry.”