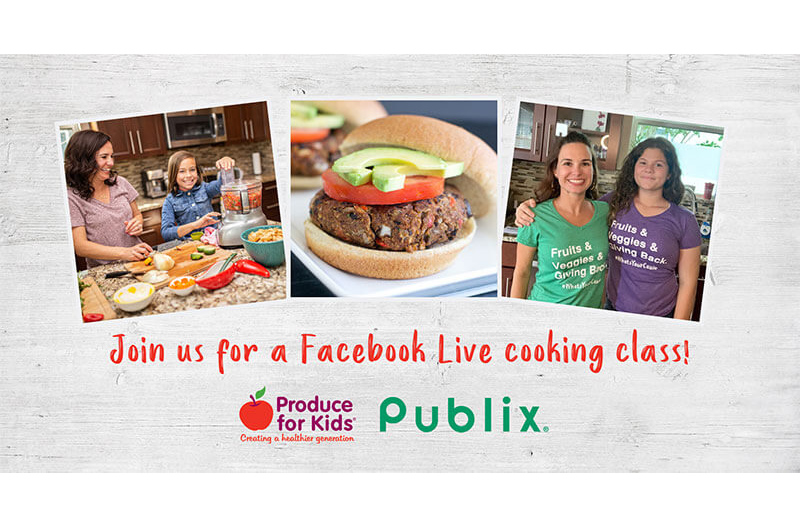 The annual Publix Produce for Kids campaign is underway, with 12 produce partners supporting the 31 Feeding America member food banks in the Publix market area and a new focus on digital shopper communication. Newly designed Produce for Kids campaign signage appeared in produce departments at Publix Super Markets this July, launching the bi-annual campaign centered around consumption of produce and eating nutritious produce as a family.

As an extra call out to the campaign, Produce for Kids founder, Shuman Farms, is featuring RealSweet onion bin wraps that promote the campaign and encourage shoppers to visit produceforkids.com/publix.

Produce for Kids is entering into the 19th year working with Lakeland, Florida-based Publix and its produce partners, having raised more than $3.3 million for local families in need. Now more than ever, Feeding America member food banks are in need of support as COVID-19 has affected unemployment rates and the ability for kids to receive daily meals, often provided at school. According to USDA, 1 in 9 people in the U.S. struggle with hunger.

The bi-annual Publix Produce for Kids campaign touts more than 7.6 million meals donated to families in need and more than $720,000 raised for Feeding America programs that benefit families and children in Publix market areas. Every $1 donated to Feeding America helps secure at least 10 meals on behalf of member food banks.

“Now more than ever, food banks need our support. We are excited to join forces with Publix produce partners and customers to make an impact in local communities facing hunger,” said John Shuman, founder of Produce for Kids and president at Shuman Farms. “We’ve shifted the way we are speaking to Publix shoppers, embracing our digital Publix audience in new ways.”

Extra digital elements will support this year’s in-store efforts helping families connect the dots at home. Produce for Kids will host a Facebook Live Cooking Class on July 22 at noon featuring a family-friendly lunch recipe. Attendees will be able to download a shopping list prior to signing up for the free class so they can make the recipe with their family alongside Produce for Kids. Produce for Kids has begun a regular Friday Facebook Live cooking series in April with an average viewership of 10,000.

In addition, recipes, podcast episodes, videos and blog content will be targeted to reach Publix shoppers through direct email outreach along with social media ads and posts. Shoppers are encouraged to share healthy recipes from their own kitchen and inspiration during the campaign using the hashtag #produceforkids.

“At Publix, we recognize giving back to our communities is extremely important especially during these unprecedented  times,” said Maria Brous, Publix director of communications. “We are proud to partner with Produce for Kids in this ongoing effort to help families achieve their wellness goals while supporting our communities.”

The Publix Produce for Kids partnership has raised more than $3.3 million to benefit local charities within the seven-state Publix footprint since 2002.

For more information about the Publix and Produce for Kids campaign, visit produceforkids.com/publix.