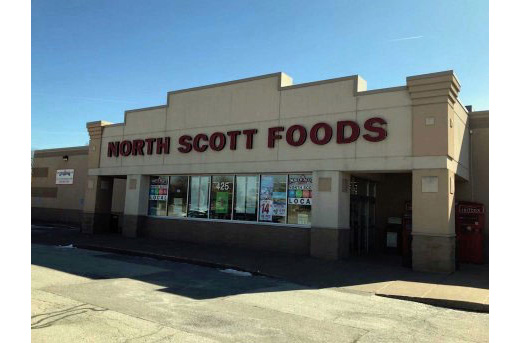 Like most small town grocers, Steve Grolmus has had his hands full since early March. “It’s been a struggle, between supply issues and consumer demand and early on hoarding,” he said. “We are getting through it. There are still challenges every day. More challenges are coming, such as the aluminum can shortage.

“We are hearing about this not only from our soft drink and beer vendors, but also from private labels. A lot of the supply chain is getting close to returning to normal, or at least that is what is predicted to happen, by the end of July or August.”

Sometimes it’s hard to remember what things were like before the COVID-19 pandemic hit. Grolmus owns North Scott Foods in Eldridge, a town of nearly 6,000 people in Scott County, just north of Davenport in Iowa’s northeast corner.

Grolmus, who comes from a family of grocers, has concerns that there may be more frantic runs on certain products such as toilet paper, paper towels and cleaning products. This likely will be the case if states go back into lockdowns in the fall and schools close again. That could lead to extra purchasing, though maybe not to the extent of March and April.

“We have had to put allotments on some items in the store, such as paper products,” he said.  “There are still some items I can’t get, especially household cleaners. The warehouse might carry a hundred SKUs, and I might be able to order three or four.

“We are not out of categories, but we are out of specific items within categories. That is true throughout the store.” 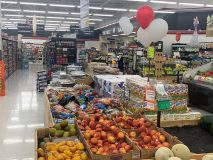 “When this began, it was our slow time of year, so we were at about 90 employees,” Grolmus said. “Then when it began, a few of our older employees didn’t want to work. Some of our younger ones, their parents didn’t want them to work. We probably lost about 15, so we did some hiring.

“We are at about 85 now, even with 15 on self-imposed furlough. The help that I’ve had has been incredible. Most of the high school and college students have worked extra hours. Everyone has stepped up and been amazing throughout the crisis.”

The pandemic prompted Grolmus to launch an online ordering program in April. An office employee took the initiative to set it up. Customers can call or send an email. Store staff can then fill it and provide curbside pickup. The move likely will be permanent.

“For small town independent retailers, it [online ordering] is here to stay,” Grolmus said. “We have always offered one day a week of home delivery for elderly and homebound in the community. But for the general public, we had been looking at the curbside, and this was the perfect time to bring is out. It has been well received.”

There was a big surge in the purchase of flour and sugar, indicative of more people at home baking. For a while, it was challenging to keep spices stocked. Some brands remain hard to get. Also scarce were meat rubs, seasonings and marinades, further evidence of more home cooking and less eating out.

While the supply chain has since caught up, Grolmus expects the dining-at-home trend to continue.

Unlike some stores around the country, Grolmus hasn’t seen a big upswing in the purchase of pladnt-based meat substitutes. However, meat shortages and price fluctuations have resulted in increased sales for both fresh and frozen seafood. That’s been more than 25 percent above normal.

Although sales are up substantially, North Scott’s customer count is down. People are making fewer trips to the store, but buying more each time. That shift has been true throughout the pandemic.

“Instead of just doing the ordering of what I normally carry, I would get on the order deck online and see what the warehouse had to offer,” he said. “They would publish their inventory every day, and I would try to get in there and order whatever paper towels I could get, whatever toilet paper I could get…then we would just get it on the shelf as quickly as possible.”

North Scott shoppers are loyal. Grolmus said they visit the store for its cleanliness, customer service and the ease of navigating the aisles. During the pandemic, the store has seen a 30 percent increase in sign-ups for an app that offers promotional items. 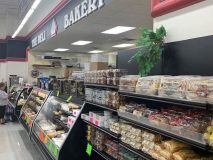 After 40 years in the business, Grolmus still considers selling groceries to be exciting. He enjoys the everyday challenges and the relationships built with staff, customers and vendors. He works 50 to 60 hours per week. During the height of pandemic, he was working all day, every day, including an hour after closing each night to clean and sanitize.

“Because I’m an independent, I can buy from whomever I want. And when we had the recent shortages, I can go looking for items from vendors I’ve developed relationships with over the years,” he said.  “It was very rewarding to be able to offer items that not everyone had during the various shortages. We had meat when the major chains were not able to get meat.”

For now, one store is enough. Grolmus is happy with his Eldridge location. He likes to be hands-on and involved in the day-to-day activity. Owning multiple stores would limit the opportunity to do what he loves to do most, he said.

Grolmus also serves as the board chairman of the Iowa Grocery Industry Association. That perch puts him in prime position to assess how Iowa’s independent grocers are faring.

“We just had a meeting about first quarter numbers, and everyone was up in nearly every department,” he said. “It will be interesting to see the second quarter numbers.” 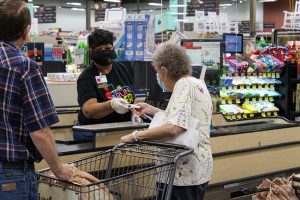