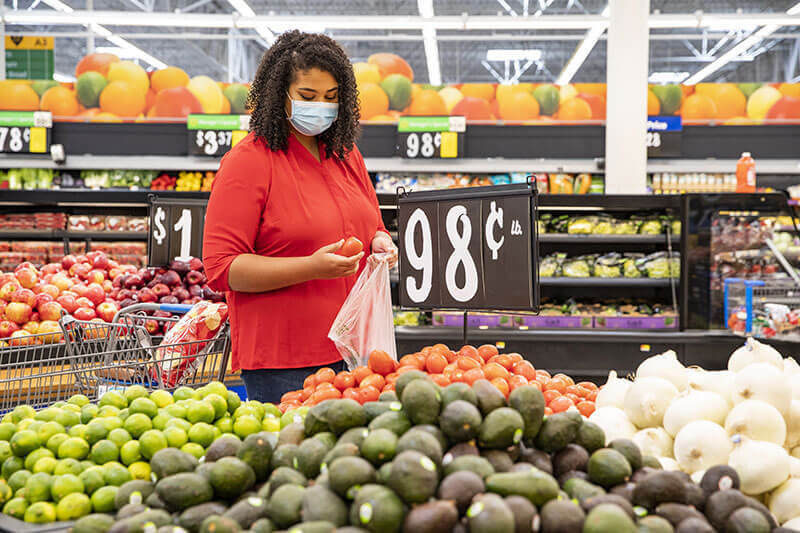 Beginning in mid-July, one large grocery chain after another began announcing they would mandate that shoppers wear face coverings to help contain the spread of COVID-19.

But what do these decisions mean for independent grocers? Will they follow suit and, if so, when?

He added that many IGA stores have been leading the way in masks, both for associates and in providing them to customers. They were doing this before some of the big chains, which has helped keep the stores operational and associates out of hospitals.

The same goes for many NGA stores. As President and CEO Greg Ferrara noted, “Our members have already been meeting consumer demand for safer, more sanitary conditions in the stores in which they choose to shop and continue to follow state, local and federal requirements.”

Ross added, “In the long run, I think [a mask mandate is] good for both the community, and it’s good for retailers in general. If Walmart, as the world’s largest retailer, puts a mask requirement in, it’s much easier for a smaller retail chain to enforce a mask policy in their store because the precedent has been set.”

In most cases, the large grocery companies have said signs announcing the requirement would be posted at store entrances, with in-store announcements airing repeatedly. Also, the rule does not apply to young children or – at most of the retailers – to customers with medical conditions who are unable to wear a face covering.

Kroger encouraged customers who can’t wear a mask due to medical reasons to consider a face shield or facial covering. If those aren’t options, the company asked that they use its e-commerce services such as pickup or delivery.

The face-coverings movement accelerated July 15 with an announcement by Bentonville, Arkansas-based Walmart and Sam’s Club that their stores would begin requiring them on July 20.

In a website posting, Walmart U.S. Chief Operating Officer Dacona Smith and Sam’s Club COO Lance de la Rosa cited spikes in the number of confirmed COVID-19 cases in communities across the country, as well as the increase in government mandates on face coverings as reasons behind the decision.

In Walmart’s case, the company said about 65 percent of its more than 5,000 stores and clubs are located in areas where there is some form of mandate on face coverings.

Ross emphasized that safety is the focus.

“The reality is that store associates hate wearing masks because they’re uncomfortable, and they fog up your glasses, but they want to be safe,” he said. “No one wants to bring something home to a family. So, of course, mask policy for them de-risks their job and makes them feel safer.”

However, Ross highlighted that “the overwhelming majority” of consumers comply with mask mandates, appreciative to not bring something home to their families. 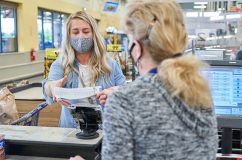 “Where the mask policy becomes uncomfortable is if you have someone who believes, for whatever reason, that they shouldn’t have to wear one,” Ross said. “Then, that puts an hourly associate into conflict with the customer. And we’re not used to having to tell our customers how to dress in our stores.”

In that environment, he continued, this mandate helps associates deal with potential conflicts because they can say the world’s largest retailers are enforcing the same policy.

Chicago-based IGA has more than 6,000 supermarkets worldwide and operations in 46 states and more than 30 countries, commonwealths and territories. Given that reach, Ross said mask mandates are a “community by community issue,” as local climate and ordinances are typically two of the deciding factors.

“We certainly have some stores in very rural parts of the United States where COVID has not been a big thing, and so they’re making judgments based on the way to service their communities appropriately,” he said.

NGA has taken a similar stance, noting that independent supermarkets serve communities ranging from the most remote to urban city centers.

“As we have from the beginning of this crisis, we strongly urge our members to follow federal, state and local health official recommendations as well as mandates,” Ferrara said. “I’ve been proud of the way independent grocers have acted proactively from the beginning and know they will continue to take steps to serve their communities safely.”

In mid-July, Arkansas joined the growing list of states mandating the wearing of face coverings in public.

Charlie Spakes, executive director of the Arkansas Grocery and Retail Merchants Association, doesn’t foresee a problem with this as long as the burden of enforcement doesn’t get placed too much on retailers. 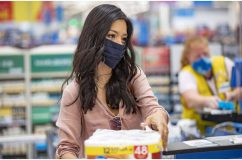 “The big chains, such as Walmart, Kroger and Walgreens, have already started doing that, so I don’t think it’s going to be a huge deal,” he said. “A lot of independent grocers had already started as well.

“With the big chains on board, it will eventually become normal practice, which helps. I’m glad [Gov. Asa Hutchinson] made it official because it makes it easier on the businesses to enforce. It’s no longer the store rule, it’s a state rule and avoids complications.”