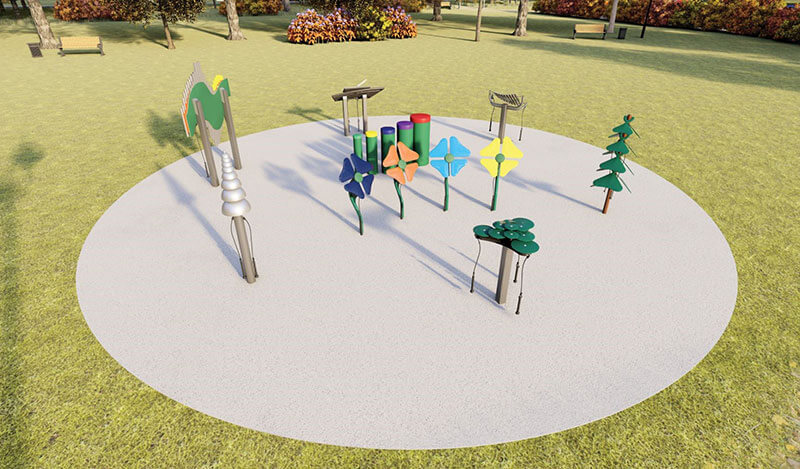 Talking Rain Beverage Company, maker of Sparkling Ice flavored sparkling water, has announced the first-ever Sparkling Ice Cheers to You Town Beautification program, where the brand is teaming up with small towns across the country to give back in a big way.

The team behind Sparkling Ice beverages has always been passionate about giving back and supporting local communities. At the start of 2020, the brand sought out unique towns across America, whose parks and recreational areas were in need of rebuilding, restoration or enhancements. After learning more about individual community needs, the brand narrowed down its choices for each project. Construction plans will begin this summer and will be completed by the fall.

“Talking Rain prides itself on inclusivity, community and togetherness each and every day,” said Chris Hall, Talking Rain CEO. “Through the Sparkling Ice Cheers to You Town Beautification program, we hope to draw on each town’s existing charm, contributing a lasting foundation that that will bring these communities together in a meaningful way. We’re thrilled to be a part of positive changes in communities across the country.”

The 2020 Cheers to You Beautification projects include:

This new initiative is an extension of the successful Sparkling Ice Cheers to Heroes campaign, which launched earlier this summer to celebrate America’s everyday hometown heroes and to thank those on the frontlines of our communities. After receiving over 3,000 submissions from 1,781 cities across the country, the brand has chosen three finalists for a chance to win a grand prize of $10,000. The winner will be announced on Aug. 7.

An industry leader in the Seattle-area for more than 30 years, Talking Rain is a Washington-based beverage company, situated in the foothills of the Cascade Mountains. Talking Rain’s sustainable growth is attributed to the company’s ability to stay true to its vision and heritage, while continually improving and innovating their products.