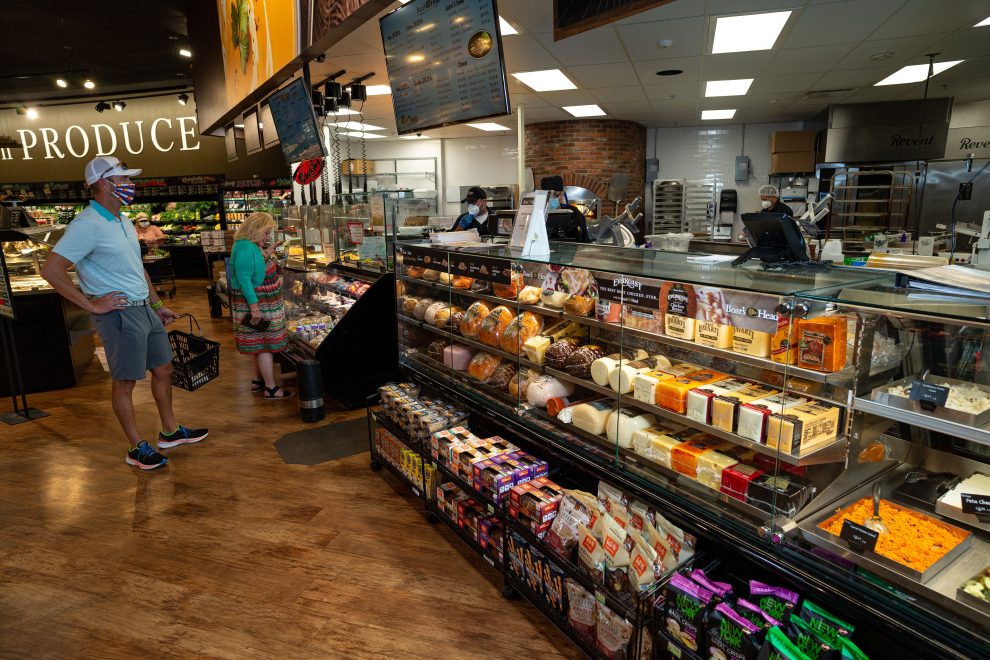 This is the first article in a two-part series by The Shelby Report on fixing the “retail glitch.”

Robert Rybick, CEO of Geissler’s Supermarkets, has been a proponent of remedying the “retail glitch” since it became apparent that a clerical error in the 2017 Tax Cuts and Jobs Act inadvertently disrupted the depreciation process for store renovations. The passage of the Coronavirus Aid, Relief and Economic Security Act in March fixed the glitch, and Rybick is proceeding with store improvements.

“This has been an issue that we have been working on for several years,” he said. “It did not seem to be a priority for the members of Congress that I spoke to, because I don’t think they understood the implications that it caused for supermarket owners.”

“Knowing that it will be in place permanently and not just renewed year by year and not finding out until the end of the year, allows us to plan better for our improvement cycles and gives us more visibility into our tax liability for the renovations we would like to do.”

Rybick said the legislation is especially timely with the improvements grocers need to make related to the COVID-19 pandemic and the need to put more money into the beleaguered economy. He said the financial benefit to grocers will be substantial, especially to larger companies.

“It may seem like a small thing, but it helps our communities, not just the grocers, but also the tradesmen who will be working on the improvements, the electricians, the builders, etc.,” he said. “It really is like a financial planning tool for us. To be free of that tax burden allows us to reinvest in our stores.

“It wasn’t realistic to expect us to spread those deductions over such a long period of time. If you walk into a store that has not been renovated in 20 or 30 years, you would think it looked extremely dated.”

Geissler’s operates six stores in Connecticut and one in Massachusetts. It is now poised to do equipment upgrades at all of its locations, including installing updated scales, new meat-wrapping machinery and other improvements. Without the glitch fix, the company might have replaced equipment at one store a year. Rybick predicts many grocers will move forward with projects.

Hillsdale, New York, is a small town of about 2,000 people 125 miles north of New York City and near Massachusetts. It is home to the eponymous Hillsdale Supermarket. Owner Charles Weldon does an improvement project every year. Last year, he bought all new freezers. This year, he has been more aggressive with improvements.

“We are in the process of doing all new 56-foot lineup of dairy cases, and all new 36-foot lighted beverage cases and 32-foot meat lineup,” Weldon said. “We are updating the look of the whole store, with new décor package and wall designs and new aisle markers, putting down a whole new floor. It’s an opportunity to do it with our increased business. It’s going to be a beautiful place when we are done.”

Weldon didn’t delay any improvement projects due to the glitch. He usually plans them after Labor Day each year since his store is in a summer vacation region. His current project, scheduled for completion in September, was planned before the CARES Act was passed.

“It really didn’t change our planning,” Weldon said. “But having it fixed probably made it so we are doing more than we were going to do, and quicker. We are a busy place, and after over 20 years, it’s time to remodel. Now seems to be the best time. Now is the time to upgrade if you can.”

Cedaredge is a small, rural town in the Grand Mesa area of Western Colorado. Blake Bynum owns the 23,000-square-foot Cedaredge Foodtown, the only grocery in town. He recently completed an interior renovation with new painting and graphics.

“I was going to do some updates regardless as some updates were long past due, but the new tax laws added incentive,” Bynum said. “The store was decorated by the original owners, and they were going for a small-town feel.

“They were able to garner 20 or so framed historical photographs of people of importance to the history of the town. I didn’t know the background of them, as I’m not from here. This town is known for raising apples, so there were a lot of photos of homesteaders and such on the walls. So we donated those.”

Tom Clark owns and operates nine grocery stores under the Clark’s Market banner. Six are in Colorado, two in Utah and one in Arizona.

“We are constantly improving our stores and renovating them, so that was a very welcome relief when we got that,” Clark said of the glitch fix. “We weren’t counting on it coming, so we had a contingency plan if it didn’t happen. When we heard it passed, that was really good news for us.”

Clark didn’t delay any projects due to the glitch. He said the pandemic makes it even more important that independent grocers keep their stores up to date. In fact, he’s been accelerating improvements throughout his stores.

“We looked at the entire portfolio, and we normally renovate one store per year, meaning new refrigeration, new cases, new flooring, replacing shelving if needed,” Clark said. “This year, we are able to do two. We did the first one during the first half of the year, and we are racing to get the second store refreshed.”

The renovations provide major benefits. Not only do the new refrigeration units use half of the electricity, Clark said, but they hold temperatures better and display products better. There are a lot of intangibles as well.

“I get many thank-you letters from the towns where we renovate a store,” he said. “The customers appreciate it so much that companies are investing in their towns. It’s a win all the way around.”