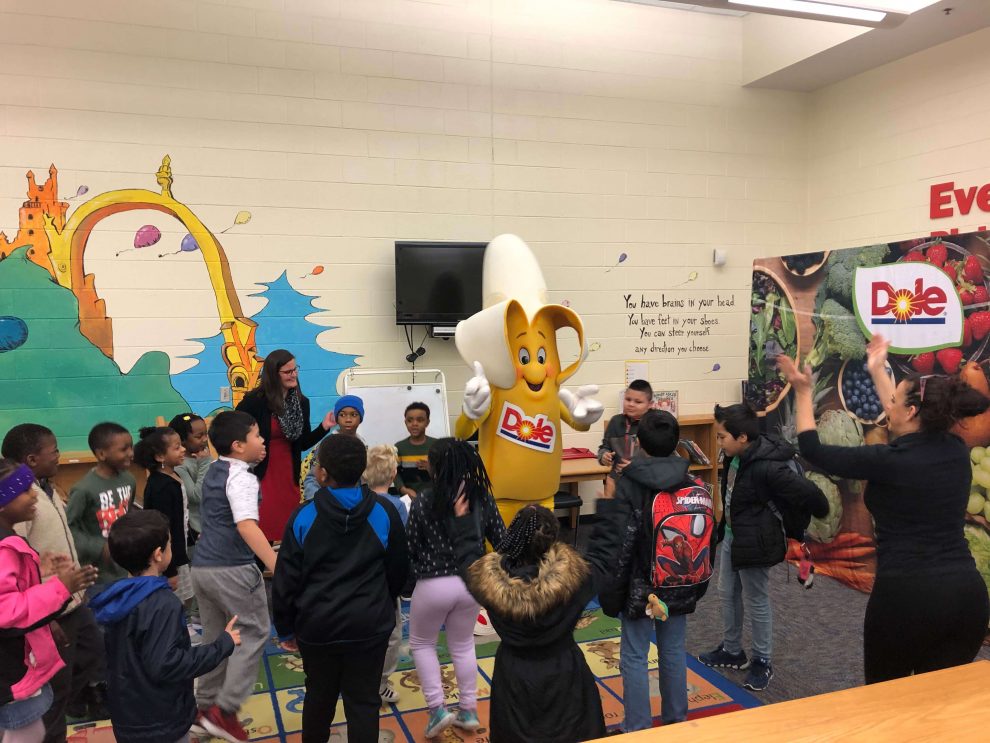 This is the first article in a three-part series by The Shelby Report on the produce industry.

When thinking of the produce industry at large, many in the grocery business may think of the Produce Marketing Association.

The organization represents companies from every segment of the global fresh produce and supply chain – everything from seed manufacturers all the way to the consumer.

PMA’s mission is to connect, inform and deliver industry solutions to enhance members’ prosperity, which Burns said has taken on a new meaning “given what’s happened across the industry.”

“For fresh produce, specifically, the past five months have actually been two different experiences for grocery retail and foodservice,” she said.

At retail, Burns said many consumers have turned to produce as a way to spice up their recipes, as well as a solution to boost their immune systems, something that has proven to be important amidst the pandemic.

“Unfortunately, foodservice was a different story,” she added. “For produce, the industry was basically decimated as restaurants, schools and hospitality literally closed down.”

“Restaurants were able to quickly pivot and shore up their takeout and delivery options,” she said.

“There are ways that they’re bringing innovation into the restaurant space, particularly the restaurant-grocery-hybrid model. So for example, Panera is now offering grocery items and meal prep kits, while restauranteurs like Tom Colicchio are creating meal kits, where everything is braised, cut, prepped…all the consumer has to do is put the meal literally on a pan and put it in the oven.”

The name Dole is recognized from its trusted sticker on a banana or innovations in the salad kit and blend category.

For nearly 170 years, Westlake Village, California-based Dole Food Co. has delivered on its “commitment to heathy eating and living,” whether that’s through longtime partnerships with The Walt Disney Company or Share Our Strength’s No Kid Hungry initiative. 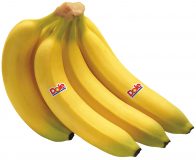 And they’ve stayed steady in their leadership across the produce industry throughout the COVID-19 pandemic.

“The produce industry has risen to the circumstances, and I am proud of everything the industry is doing in response to the coronavirus crisis,” said Bil Goldfield, director of corporate communications for Dole.

“From the first shelter-in-place orders in March, Dole recognized not only its responsibility as an essential business in supplying nutritious food, but also as a resource of healthy-living information and inspiration to families at home.

“We swiftly launched an At-Home Parents Resource Page on our website at www.dole.com for homebound parents and others faced with the challenge of educating kids at home.”

Dole’s COVID-19 resources include: nutrition tips; healthy recipes that kids can prepare; and at-home games and activity ideas. And the company has been swift to react to changing times with the virus.

“We continue to add content to the At-Home Parents Resource Page, however the new focus is on recipes, serving suggestions and healthy-living activities that allow for more family and individual activities while following social-distancing guidelines,” Goldfield said.

“In April, we hosted a Silver Lining Selfies initiative to encourage the public to express positives associated with staying at home,” he added. “June, it was the more active DIY Dole Whip Contest that challenged Disney and Dole fans (and especially kids) to create and submit their own Dole Whip recipes in lieu of being able to enjoy the original frozen dessert at a Disney park.” 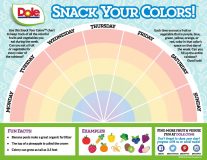 One of the powerhouses of produce in the U.S. is in the Southwest – specifically, Texas. Some $8 billion of fresh produce is grown there or considers the state its point of arrival for domestic distribution, such as produce grown in Mexico.

Dante Galeazzi, president and CEO of the Texas International Produce Association, said it’s the organization’s job to represent, promote, advocate and educate on behalf of the industry.

“Texas is unique, not only because of its size, but because we have all of these different microenvironments,” Galeazzi said.

“For example, the Rio Grande Valley and kind of Central Texas is part of a subtropical microclimate. That’s what gives us the ability to grow fresh vegetables at a point in the year when the rest of the country is covered in snow or just has terrible weather.

“We are still enjoying 70-degree, 80-degree days. So from October through April is the bulk of our fresh produce season in South Texas, so that’s the San Antonio area down.”

And he added that Texas’ produce industry also is unique in the synergy found between Mexico and Texas.

“We understand that by working together, grocery store buyers, foodservice buyers, wholesale buyers – they don’t need to go and pick up, no pun intended, the grocery list of different produce items they need from several states.”

“You can get your cold leafy greens from Mexico at the same place you can get your warm leafy greens that are grown in Texas. It makes it much easier from a logistics point of view to be able to combine all of that together into a one-stop shop, year-round.”

But Galeazzi said the best way to encapsulate the past six months has been “chaos.”

“When the pandemic struck in late March, we were coming up on the end of the Texas vegetable season, the beginning of the Texas onion season and Texas watermelons had not yet started.

“Overnight, what we saw was the foodservice sector and the wholesale sector both closed up just immediately, and our distribution mix looks something like 40 percent retail, 40 percent foodservice, 20 percent wholesale and other.

“To have that much of your distribution turned off overnight, and nowhere to go with a highly perishable product, creates a ton of challenges.”

And there were positives and negatives. Texas’ citrus season was wrapping up by March, but its greens took a hit from a go-to-market standpoint.

“Texas greens aren’t quite like the greens that are grown in Salinas in the sense that we grow warm greens, mostly herbs or very specialty commodities,” Galeazzi said. “And so, a lot of that is destined for foodservice – restaurants, schools, hotels, resorts, cruise lines – those types of things, like parsley, cilantro, daikon, leeks.”

Galeazzi said TIPA worked as much as possible to help funnel products into other channels, such as food banks or local pickup and delivery boxes. Many companies were able to adapt, adjusting to markets available to them.

“Toward the end of the [greens] season, we had a lot of our farmers have to switch things up because they didn’t have those markets available to them,” he said. “And so that’s where programs like the CFAF – the Coronavirus Food Assistance Program, which had a direct grower pay element – became very important in trying to help the growers at least break even on a season that was just unlike anything they’ve ever seen.”

Some of the impacts of COVID also came with shifts in practices for produce companies.

According to the Anaheim, California-based Fresh Produce & Floral Council, its members are “seeing more pre-packaged items than ever before” since the pandemic. Previously, produce departments relied on bulk packaging.

In a statement, the council noted that “the pre-COVID discussions around sustainability were emerging throughout the industry, but it has had a reduced focus in the recent months. We expect that once the world starts to open back up, discussions on sustainability will resume. It is too important for us not to figure out.”

Burns added that unknown repercussions paired with misinformation contributed to some of the sustainability practices taking a back seat to safety.

“There has been no evidence that COVID is transmitted by food,” she said. “But early on, because people didn’t have enough information or didn’t have the right information, people were concerned that if I went to a grocery store, and I was infected by COVID, and I picked up an avocado and I put it down, and the next person came along and picked it up, that there could potentially be a transference.

“There’s been no evidence to support that. But early on, because there was some kind of consumer hysteria…all of a sudden, consumers wanted things in bags and plastic shells because they were concerned about COVID. That has since died down – sustainability is still important.”

Something that has seen continued growth through COVID, though, is organics – especially at retail.

“I think part of that is driven by…immunity, where some people think that organic is better than conventional, so they want to be able to feed their families the best they can – or that’s their perception anyway,” Burns said.

‘Innovative and exciting to serve’

Although many challenges have occurred over the past six months across the industry, the FPFC couldn’t be happier to serve the produce realm, whether through free webinars or partnering with the PMA for access to roundtable and breakout sessions for its members.

“The produce industry is ever-changing and vastly different from that of yesterday. We are proud to be a small part of the light our produce peers share to the world,” the council said. “One of the biggest blessing from the produce industry is how we come together in the good times and stronger in crisis.”

Burns has felt the same way as the CEO of PMA.

“I would say if I look across both produce and floral, across the industries, they’re incredibly innovative and exciting to serve,” she said.

“We’ve actually found it has given us a great opportunity to extend our reach and grow our global audience for our programs…this is definitely an industry that needs to connect. But that’s a core part of who we are. We connect people and we connect organizations; we connect people to ideas, insights and each other in order to…grow a healthier world.

“It doesn’t replace an in-person event. I can’t wait for those days to come back. But we have been able to pull the world together across the supply chain to solve industry issues, and certainly there are plenty of them right now…And that’s what PMA does.”