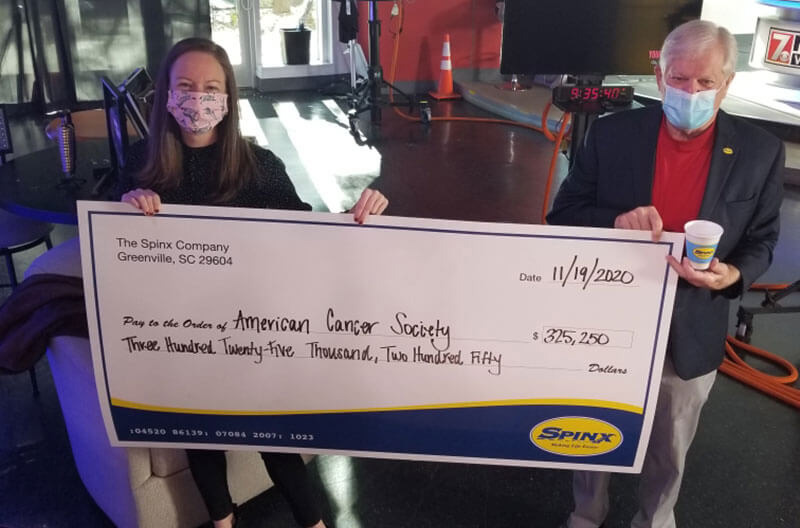 “As a cancer survivor myself, I know the importance of the work that the American Cancer Society accomplishes each and every day,” Spinks said. “For the 12th year in a row, The Spinx Company is honored to support their mission and its efforts in education, treatment and research to discover more successful treatments and ultimately a cure for cancer. I am so proud of our team’s efforts and know that our local communities will benefit greatly from their hard work and the generosity of so many of our customers.”

During the month of October, all 84 Spinx stores participated in the campaign and collected donations to support the efforts of the American Cancer Society. Below are the top-performing stores, ranked by percentage of total fundraising goal:

Founded in 1972 in Greenville, South Carolina, The Spinx Company operates 84 convenience retail stores throughout South Carolina. With approximately 1,400 employees, it is the largest privately-held retailer headquartered in the state.

Through the Spinx Xtras Loyalty program and the Spinx mobile app, the company offers its customers savings on fuel and special promotions. For more information about Spinx or the Spinx Xtras program, visit spinx.com.