Big box retailers and e-commerce giants have reportedly used their influence during the COVID-19 pandemic to further disadvantage independent grocers and the communities they serve.

That’s the position of the National Grocers Association, which on Tuesday held a press call to detail the efforts to combat what it referred to as economic discrimination.

Key to that push is the release of a 24-page white paper, which “lays out specific data and stories from independent community grocers across the country, testifying to their struggle to stay competitive during the pandemic.”

According to Chris Jones, SVP of government relations and counsel for NGA, the organization plans to present the report to Congress in the hopes lawmakers will modernize and enforce the federal antitrust laws.

“The white paper incorporates hours of interviews, discussion and feedback that NGA received from its members to explain how the lack of antitrust enforcement has handicapped competition in the grocery sector and harmed American consumers,” Jones said.

Greg Ferrara, president and CEO of the association, said in a statement that independent grocers have had to deal with these “anti-competitive” tactics for years.

During the call, he noted that such methods “push out independents and leave communities without access to fresh and healthy offerings.”

“A food retail marketplace controlled by a handful of firms flies in the face of America’s free market principles,” Ferrara said. “It discourages entrepreneurship and limits investment in underserved communities, and it harms consumers who rely on a vibrant and robust food supply chain.

“That’s why it’s time for Congress and the federal government to research the principles of antitrust law, so that it can restore competition to an industry on which every single American relies.”

David Smith, president and CEO of Associated Wholesale Grocers, spoke to their experiences as a cooperative food wholesaler to independently owned grocery stores. He said there is a “misconception” that dominant retailers provide lower prices because they’re more efficient.

“Yes, there are efficiencies of scale. And we, too, buy products in the most efficient way possible by the truckload and in multiple truckloads, just like those largest competitors,” he said. “The issue is purchasing scale, which decades ago was transparent and available to any company that achieved those brackets.

“That’s no longer evident and companies like ours don’t have targets to shoot at or to remain competitive. It’s what happens when the largest companies control a consequential share and can dictate terms to those suppliers.”

Jimmy Wright, owner of Wright’s Market in Opelika, Alabama, talked about larger competitors “illegally” taking away access to important stock items, which drives customers to the nearest big chain during the COVID-19 pandemic.

“My customers are forced to make extra shopping trips, and many are concerned for their health and safety in wanting to limit their trips to public places,” he said. “This also resulted in a loss of business for Wright’s Market.

“For years, we’ve been only able to get discounted prices on certain items every eight to 12 weeks, where our big box competitors are getting that pricing every day.”

In order to compete, Wright said, his company has to buy large quantities of these key items while the discount pricing is available. But this, in turn, can put a strain on monies they could use to reinvest in the business, employees or the community.

“The very reason that antitrust laws were written is to protect competition and to protect consumers, but they are not achieving these primary goals for two main reasons,” Jones said.  “No. 1, the laws that would prevent economic discrimination in grocery are no longer enforced by regulators or in the courts. And No. 2, the current assumptions of antitrust enforcement are flawed.

“They assume that the problem of economic discrimination can be chalked up to efficiency gains, the idea that big box retailers should get a free pass because their actions can be explained by business efficiency and are therefore good for consumers.”

Jones added that the NGA has had “good conversations” with both Republicans and Democrats, and they expect those to gain more traction through the white paper.

“We want Congress to investigate and look into these issues at play so that we can get to a place where the antitrust enforcement agencies are doing their job and enforcing the laws around the books, and potentially looking at recalibrating the antitrust laws that impact economic discrimination,” Jones said. “It’s been almost 100 years since the last law that was passed here, so it could need some updating in the long run.”

The association also was disappointed with the March 9 vote by the U.S. House of Representatives to pass the Protecting the Right to Organize (PRO) Act. See story, here. 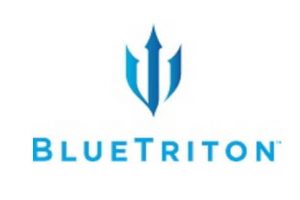 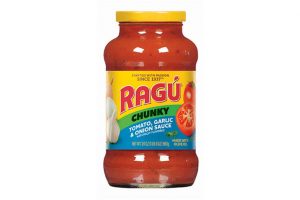 RAGÚ Unveils Relaunch With ‘Cook Like a Mother’ Campaign