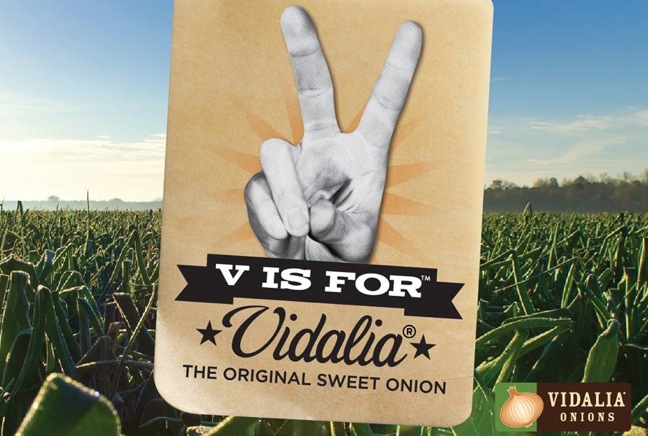 Vidalia onions are on the official menu for the 2021 Kentucky Derby and will be featured in several dishes served to patrons of the race, to be held May 1.

“After a year that has been challenging for all of us, we hope our first-ever partnership with the Kentucky Derby will serve as a tiny beacon of normal life by bringing together two of the country’s beloved ‘rites of spring,’” said Vidalia Onion Committee Chairman Aries Haygood. “We are honored to be part of the official menu of this year’s Derby.”

“We are thrilled to have the Vidalia Onion Committee as a sponsor for the 2021 Kentucky Derby,” said Mike Anderson, president of Churchill Downs Racetrack. “And, of course, we can’t wait to taste our official menu dishes containing the unique flavor of America’s favorite sweet onion.”

Vidalia onions will be featured in several dishes on the official Derby menu, including Chicken with Vidalia Onion and Mushroom Sauce and Vidalia Onion, Bourbon Sorghum Vinaigrette on a Black-Eyed Pea Salad.

“Like chefs and home cooks across the country, I know there is nothing else to compare to the sweet, mild flavor of Vidalia onions,” said Churchill Down’s Executive Chef David Danielson, the culinary artist behind the annual Kentucky Derby official menu. “We think this year’s Derby fans are going to love the items on the menu that feature Vidalia onions.”

First discovered in the 1930s, Vidalia onions quickly grew in popularity over the next few decades. The Georgia Vidalia Onion Act established that only sweet onions grown in 20 South Georgia counties from a distinctive Granex seed and packed and sold on or after the official pack date – determined by the state’s agriculture department each year – could be called Vidalia onions.

In 1989, the U.S. Department of Agriculture provided federal protection to the onion and created the VOC to support marketing and research initiatives. In 1992, the state of Georgia became the official owner of the Vidalia onion trademark.

This year’s pack date is April 19, when Vidalia onions will start to become available in the U.S. and Canada. For more information on Vidalia onions, please visit VidaliaOnion.org.