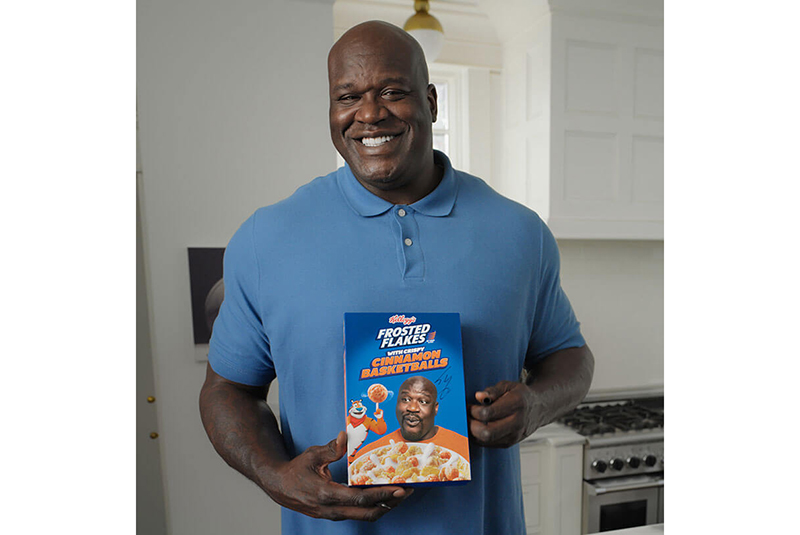 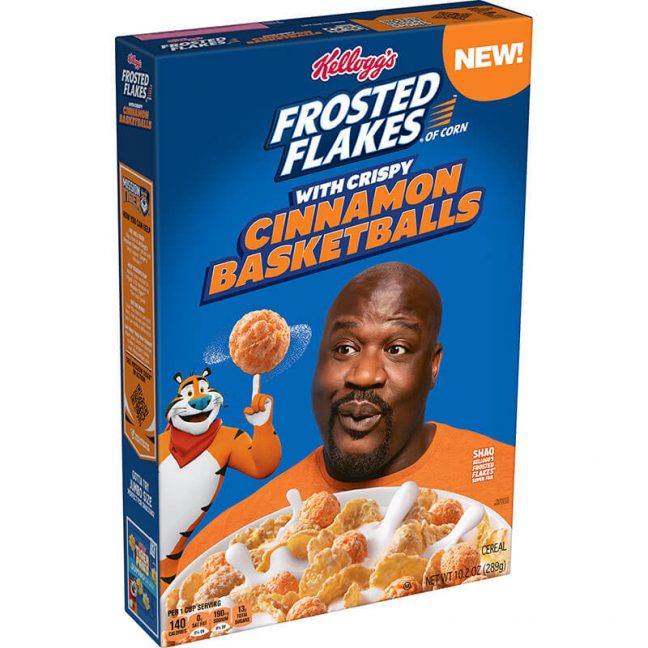 To celebrate tipoff of the new, limited-time offer, Kellogg’s Frosted Flakes and Shaq are giving fans a chance to win an autographed box of the cereal. Fans can enter for a shot at winning a box by commenting on O’Neal’s Instagram post, and sharing why sports are important to them with the hashtag #MissionTigerEntry. For official rules, click here.

“It’s no secret I love Tony the Tiger, and having my own Kellogg’s Frosted Flakes cereal has been a lifelong dream,” said O’Neal. “Now that this dream is finally coming true, I don’t want fans to have to wait a second longer, so I’m giving a lucky few the chance to win one of the first boxes, signed by yours truly. And more importantly, by buying a box you can help support Mission Tiger to help middle schoolers gain better access to sports.”

The dynamic duo first teamed up in 2020 to surprise middle schoolers in Philadelphia with a game-changing Mission Tiger donation to build an on-campus sports court and revive the school’s home-court advantage. Since then, Tony and Shaq made an even bigger announcement — a goal to help one million middle school kids gain better access to sports by the end of 2021.

“After a year when so many in-school programs like sports were put on hold, students and middle schools need our help more than ever to give students athletic resources, wherever they’re learning,” said Brant Wheaton, marketing director of Kellogg U.S. ready-to-eat cereal segment. “We’re thrilled to have Shaq on our team to help rally support for Mission Tiger, making a difference in middle schools and students’ lives nationwide.”

Since 2019, Mission Tiger has helped more than 560,000 kids across the country by repaving courts, refurbishing sports facilities, providing new training equipment and more. Fans can help schools in their communities by joining the mission, grabbing a box of Kellogg’s Frosted Flakes with Crispy Cinnamon Basketballs and uploading their receipt to Kellogg’s Family Rewards to spark a $2 donation.

Fans can join the fun at home by scanning the QR code on their box of Kellogg’s Frosted Flakes with Crispy Cinnamon Basketballs to play sports photographer as Tony and Shaq square off for an epic dunk contest in the new “Tony VS Shaq” augmented reality experience – right on their breakfast table.

Find new Kellogg’s Frosted Flakes with Crispy Cinnamon Basketballs at retailers nationwide for a limited time starting in April, with a suggested retail price of $3.99 for a 10.2-oz. box and $5.69 for a 16.3-oz. box.