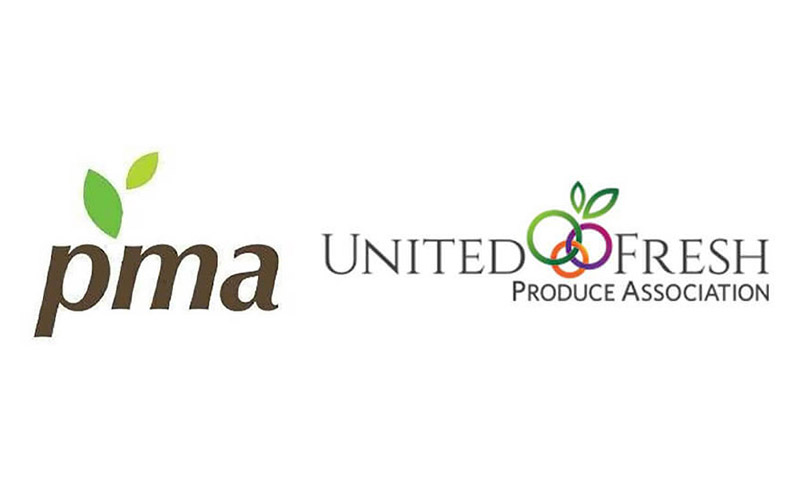 PMA, United Fresh will come together by 2022

Organizational structure was a heavy area of focus April 1 when leaders of the Produce Marketing Association and United Fresh Produce Association held a press call to further discuss their pending merger.

The organizations announced in March that they have agreed in principle to create a new global trade group, combining their resources and expertise to benefit the produce and floral industries.

The two associations will continue to operate independently through 2021, and the new organization will begin operations Jan. 1, 2022. A name has not been determined.

Burns and Tom Stenzel, United Fresh’s CEO, will work together this year to do just that and then will serve as co-CEOs through 2022. Following that time, Burns will become sole CEO.

Asked for his career plans once Burns takes over as CEO, Stenzel mentioned various options.

“I’m thrilled to help put my imprint on this new organization to work with Cathy as a partner,” he said. “And I’m totally confident that we’re going to be strong partners together from everything we’ve done so far. After that time, Cathy will be CEO, and I’m proud to be able to turn over what I have worked most of my career to build. And we’ll see where it goes after that.

“Honestly, if Cathy wants me to stick around in some other capacity, I’ll defer to her judgment. I may be open to that, I may go and do consulting of some kind. I told somebody yesterday that I want to come work for them. But now I’m looking forward to the next two years without thinking too much about what’s after that.”

There are no plans to close the United Fresh office in Washington, D.C., or PMA’s base in Newark, Delaware.

“None of our staff will have to move to join the new association. And both offices will remain open at this point,” Burns said.

It remains too early to gauge any potential staffing changes.

“We hope there aren’t any. I mean, I don’t know that for a fact. But we both are pretty lean with our operations right now,” Stenzel said. “Again, this isn’t driven by cutting costs. Anybody who thinks that’s the reason, that’s just not the case. What we’re going to do is put together the very best staff teams – blended teams – that we can and try to deliver that extra level of value.”

The worldwide reach of PMA will continue, said Burns, who noted that a third of their board members are global and they “unanimously and enthusiastically” endorsed the merger.

Stenzel said he hopes he and Burns will be on stage together during the PMA Fresh Summit in October to roll out the “full picture” of the new association.

“I certainly think by fresh summit we’ll be launched with the new branding, new name, new structure and all of those things,” he said.

The new organization will be led by a board of directors and multiple volunteer leadership groups. Burns and Stenzel will report to the board, which will blend current directors from each association, as well as new representatives.

“And together, we have hundreds and hundreds of them to be able to draw forward into the new association and start from a very a position of strength.”

Both Burns and Stenzel said the merger has been developing for a while.

“Cathy and I have been building a relationship for the last several years, finding ways to work together in food safety and some of the other issues,” Stenzel said. “…I think we were both in a safe place to start this conversation. We didn’t know where it might go, but the conversation was ‘do you think we could be better together?’”

The total produce supply chain will continue to be represented, according to the executives.

“We need to create a membership dues structure for the new association,” Burns said. “We obviously will have events going forward. We are committed to having one big trade show, but we also do other events throughout the year as well.”