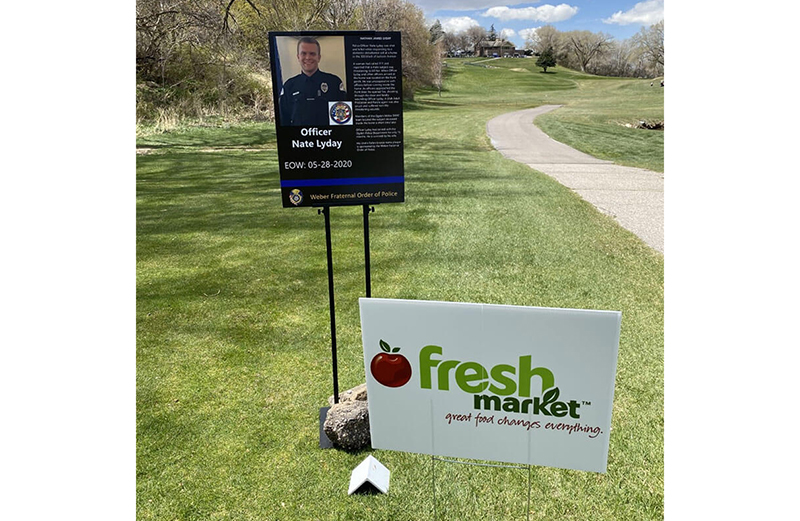 All the funds raised from the event, which took place April 23 at the El Monte Golf Course, will be used to send the Lyday family to Washington, D.C., to witness as his name is placed on the Fallen Officer Wall later this year.

Lyday was a former Fresh Market team member who was respected and revered by those who interacted with him at the East Ogden location. Fresh Market was a proud sponsor of this event.

“Working with Nate was an honor. His loss was felt deeply by his family at Fresh Market East Ogden and we are grateful to be part of such an emotional and worthy event,” said Nick Douros, store director at East Ogden Fresh Market.

In memory of Officer Lyday, a tree was planted last fall in the parking lot of the grocery store. “Nate was near and dear to our hearts, and I’m grateful to have a permanent place to remember him,” said Douros.

Associated Food Stores was established in 1940 when 34 independent retailers joined together to battle high supplier costs and competition from large chain stores. That fighting spirit has continued to help the grocery wholesaler grow over the last 75 years. With a focus on independent retailers, AFS has changed the way these retailers operate and allowed them to prosper. AFS currently serves more than 400 retailers across the Intermountain West. Fresh Market is owned and operated by AFS. For more information about Associated Food Stores visit afstores.com