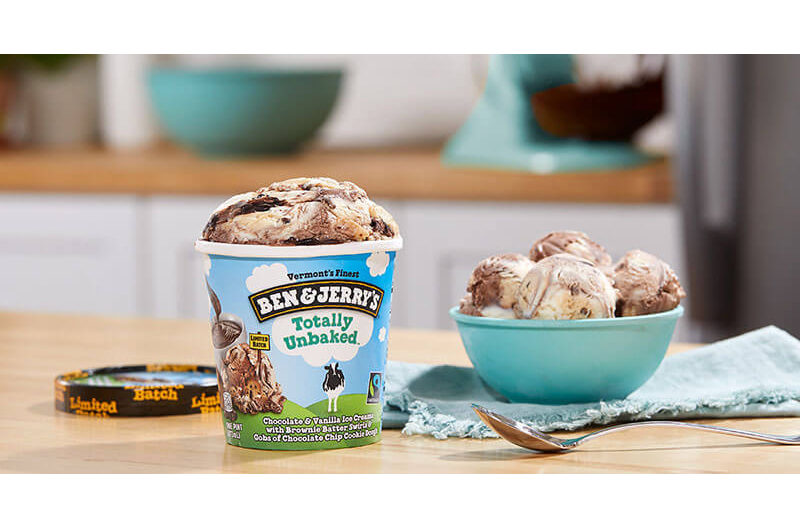 The mother of Totally Unbaked is currently tasting for two as she is eight months pregnant. “There’s no shame in confessing that, on many occasions, I have cured my craving for chocolate by simply eating the brownie batter swirl in this flavor,” Butler said. “Those rich cocoa-infused swirls of brownie batter taste exactly like what you’d lick out of a brownie batter bowl.”

Ben & Jerry’s Limited Batch flavors change every four to six months, allowing the ice cream maker to offer seasonal and rotational offerings throughout the year, like Key Lime Pie or Pumpkin Cheesecake, a perennial fan favorite in the fall.

When asked if Butler ever licked the brownie batter bowl as a kid, she replied, “Yeah, and I still do. I actually make a double batch now for extra brownie batter, just to get my fix.”

As an aspiring social justice company, Burlington, Vermont-based Ben & Jerry’s believes in a greater calling than simply making a profit for selling its goods. The company produces a wide variety of super-premium ice cream, yogurt and sorbet using high-quality ingredients.