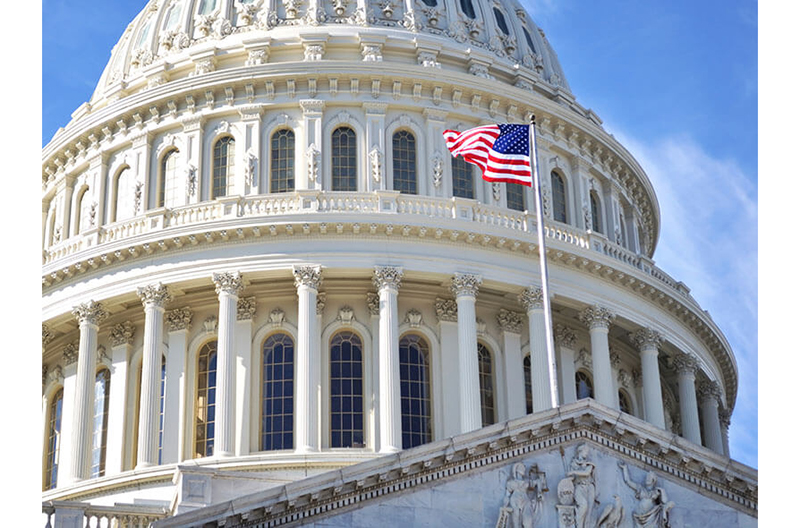 Hundreds of grocers and wholesalers from across the nation recently connected virtually with members of Congress to share some of the day-to-day challenges they’re facing and to advocate for key policy issues impacting the supermarket industry.

In a recent recap call, officials with FMI – The Food Industry Association and the National Grocers Association discussed the “Day in Washington” online event April 21.

“We want to have [our members] help educate and kind of give the members of Congress a sense of what they deal with every day, and how that food that’s on their shelves gets there,” said Andrew Harig, FMI’s VP of tax, trade, sustainability and policy. “They worked on a bipartisan basis to build relationships with Congress members.”

“They are issues that are common to the entirety of the supermarket industry. No matter what size, if you’re a small independent, or you’re a large multinational chain, there are significant concerns around all of these issues,” said Chris Jones, SVP of government relations and counsel for NGA.

“That would have a real impact on a lot of our members,” said Harig, indicating that industry executives hope to negotiate that tax hike.

Added Jones, “I think we set a strong foundation in pushing back on a lot of the ill-conceived PAC tax policies that will potentially see proposed in conjunction with the president’s infrastructure and jobs plan.”

He went on to say they also have major concerns on the effective tax rate on grocery stores and the need for parity.

Jones expressed optimism at the progress in talks related to payments and lessening the burden for grocers.

“I feel like we’re at a kind of a new moment of momentum, where we can extend some of those common-sense policies into the credit card marketplace…we’ve seen a lot of runaway costs attributable to the cost of routing, interchange fees and card not present costs related to e-commerce transactions, which have increased fees for most of our NGA and FMI members,” he said.

According to Harig, credit card fees were in the top five on list of expenses. Credit and debit transactions also have skyrocketed since fewer people are handling cash as a result of the pandemic.

“Our hope is to capitalize on momentum on the payment space and get bipartisan legislation introduced that would extend dual routing requirements in the credit card space, hopefully, ultimately get that passed by Congress and onto the President’s desk,” Jones said.

Another concern was making sure family ownership of grocery stores can be passed on to the next generation.

“I think we’ve demonstrated the importance of tax policy that encourages family ownership,” Jones said. “So we don’t see changes to the estate tax, and the stepped-up basis for evaluating the estate tax.”

Day in Washington, said Harig, “kind of launches everything for us.”

“We put the names to the fit names and faces to the businesses, we’ve sort of laid the groundwork on the business model,” he said. “… it’s really up to us to follow up, keep making those points, keep helping them understand this, and also pursuing the individual issues.”