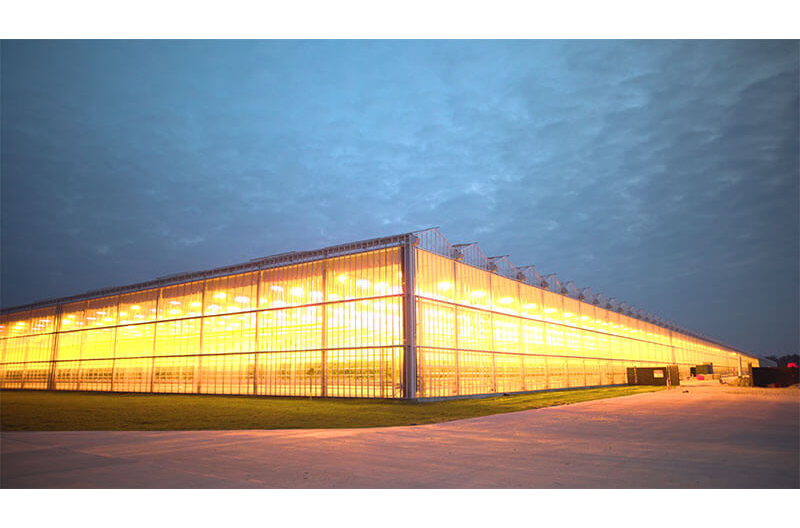 The Somerset farm, at 30 acres, marks the company’s expansion into growing berry crops. The Morehead farm is the second AppHarvest farm in Rowan County to date. The new Morehead facility will produce leafy greens and will be about 15 acres.

“These new facilities place us exactly where we want to be at the forefront of AgTech. With today’s dual announcement, we put ourselves ahead of our development schedule,” said Jonathan Webb, AppHarvest founder and CEO. “Our Somerset and Morehead farms will build on the success of our flagship farm to provide higher quality produce using cutting-edge technology at a large scale.”

AppHarvest’s goal is to operate 12 high-tech indoor farms by the end of 2025, and five of those now have been put on the map. Construction for both the Somerset and Morehead facilities is anticipated to finish by the end of 2022.

“AppHarvest has positioned Kentucky as a leader in the AgriTech industry, created hundreds of good-paying jobs for our people and pushed through and thrived during some of our most difficult times,” said Gov. Andy Beshear. “Even as a pandemic raged, Jonathan Webb and his team built one of the biggest indoor farming operations anywhere using one of the most advanced LED-lighting systems ever created. We know the jobs and investments of the future will flow to those who can meet these challenges, so why not us? AppHarvest is making it happen.”

AppHarvest’s newest facilities will provide hundreds of well-paying jobs to Eastern Kentuckians in and around Somerset-Pulaski and Rowan counties.

Both the Somerset-Pulaski and Rowan County facilities will produce non-GMO fruits and vegetables free of harsh chemical pesticides, to be distributed to top U.S. grocers and restaurants. Because of the company’s strategic location in Appalachia, AppHarvest can reach nearly 70 percent of the U.S. population in a day’s drive, with up to 80 percent less diesel fuel compared to existing growers in Mexico and the Southwestern U.S.