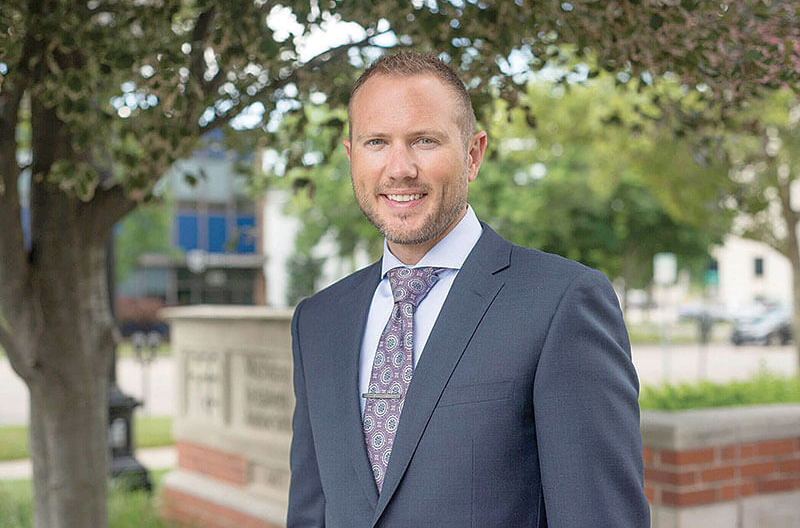 Bill Hallan, president and CEO of Michigan Retailers Association, says it appears his state is approaching the end of heightened COVID-19 restrictions.

“We’re close…I would say, of the COVID restrictions, right now, retail in Michigan is still operating at a 50-percent capacity restriction and that should be going away July 1,” he said.

Although normalcy may be approaching for its 5,000 members (about 15,000 stores) in the state, the association continues to monitor a list of state legislative priorities. MRA represents corporate entities, suppliers and independent grocers.

Legislatively, one item it’s eyeing is the Integrity, Notification and Fairness in Online Retail Marketplaces Consumers Act, which affects the entire retail industry, Hallan said. Introduced in the Senate on March 23, it would require greater accountability and transparency from e-commerce marketplaces that act as intermediaries between buyers and sellers according to JD Supra.

“That does affect grocery because you do have these organized groups of criminals going in and they are stealing items like baby formula, razors and all sorts of stuff. And then it gets fenced online, oftentimes through third-party e-commerce sites,” he said.

Hallan added that the MRA is working on legislation at the federal and state levels that would require online marketplaces to provide more information about where their goods originate.

Another challenge for retailers has been getting people back to work.

“There’s been this surge of economic activity,” he explained. “And a lot of retailers big and small, simply can’t fill the positions. Because you have a lot of folks that are just staying home, collecting the state unemployment, and federal unemployment – which in Michigan, is $662 a week for folks not to work – so they’re getting the extra $300 benefit.”

According to a report from The Detroit Free Press, Gov. Gretchen Whitmer wants to expand how Michigan uses federal unemployment funds to incentivize residents to return to work. The plan would provide a bonus of $300 per week to specific employees returning through the week of Sept. 4.

While staffing concerns remain unresolved, another issue for MRA members is the supply chain. “There’s not much more frustrating for a retailer than having a sale – having a customer come in, wanting to buy an item – but not being able to source the inventory for that…you’ve acquired the opportunity – and now you just can’t fulfill the sale,” Hallan said.”

Another issue that would probably take the most collaboration between government and the public is recycling. Hallan said he wants the state’s bottle bill repealed. “It’s not an effective way to manage recycling in Michigan. Certainly, the recycling rate for bottles and cans is very high, usually over 90 percent. But what it does is it creates this false sense of accomplishment for Michiganders…they think they’re doing a great job, but there’s really this drastic fall-off on other recyclable materials.”

The association also is working hard to ensure that COVID workplace restrictions won’t be mandatory. According to an article from Littler, a workplace policy institute, Whitmer’s recent orders “come closer to mirroring the most recent [CDC] guidance.”

Hallan described the process as a “fairly big task and workforce.”

“You don’t want it harder for retailers to do business in the state,” he said. “We have to make it as easy as possible. And some of these burdens that they’ve been dealing with…made sense 12 months ago. But it doesn’t necessarily make sense on a go-forward basis.”

Hallan pointed out that COVID-19 won’t just go away now that there’s a vaccine.

“It will still circulate in pockets throughout the state,” he said. “But we need to empower, somewhat, more local control. If there’s a hot spot, maybe [temporary] restrictions need to be implemented…ongoing restrictions don’t make sense now that we all have an opportunity to get vaccinated if we’d like. We do have to get back to normal.”