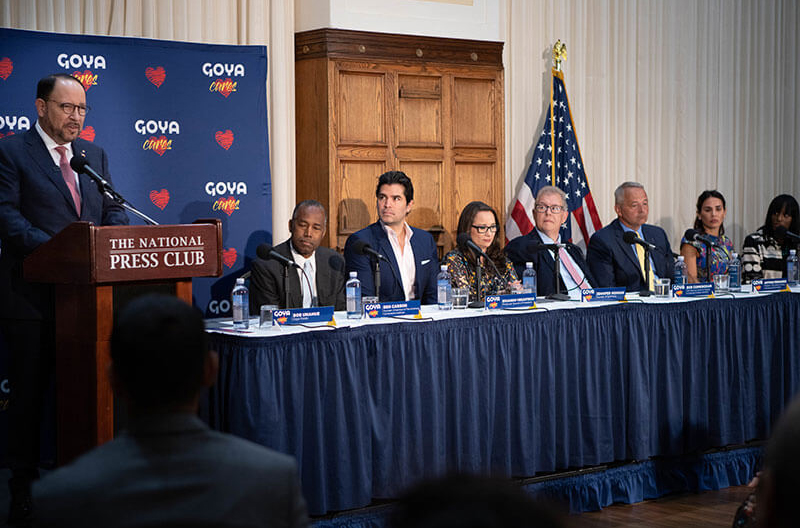 Thousands of children, men and women fall victim to human trafficking in the United States. One out of three is a child. The top U.S. states for trafficking routes include Georgia, New York, Texas, Florida and Los Angeles.

“Human and child trafficking is the largest modern-day slavery of our time and it is on the rise,” said Bob Unanue, president and CEO of Goya Foods. “This isn’t a political issue. This is a humanitarian issue.  We cannot ignore the plight and trauma these individuals and their families experience. We want to eliminate this horrific act of evil by shedding light on this major issue and support organizations and the individuals who risk their lives every day to rescue victims of human trafficking.”

The movie, Sound of Freedom, produced by Eduardo Verástegui, brings attention to the urgent matter of child trafficking through the heroic actions of a former government agent. As part of the pledge, Goya Cares, a global initiative, will support the release of Sound of Freedom and work directly with organizations that combat, rescue, reunite families and rehabilitate victims, including Freedom Foundation, The Eric Chase Foundation, Catholic Charities of San Antonio, Hope Rising Texas and many others.

Founded in 1936, Goya Foods Inc. has established itself as the leader in Latin American food and condiments. Goya manufactures, packages and distributes more than 2,500 high-quality food products from Spain, the Caribbean, Mexico, Central and South America.