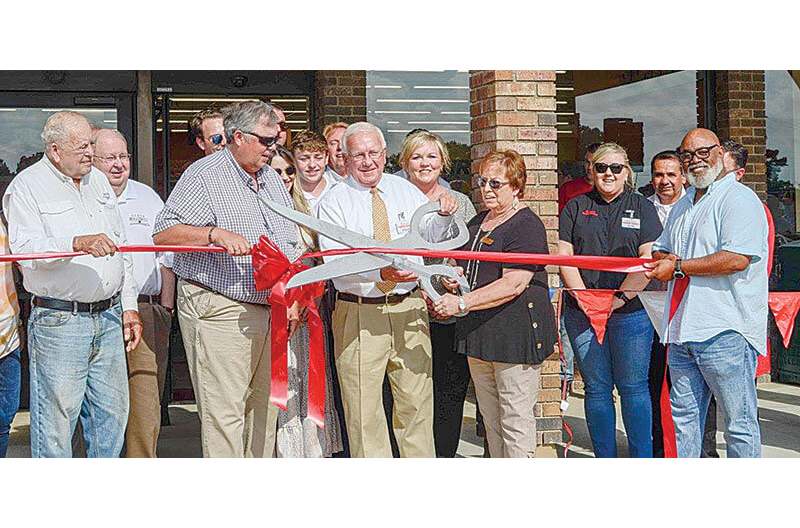 Exec: Our people know that’s going to be ‘difference maker’

Paul Rowton, VP of Edwards Food Giant, thinks e-commerce is here to stay for grocers in Arkansas, but he doesn’t see it becoming a majority of his business in the next few years.

“Pre-packaged is certainly a route we’re going in, but I think customers still want to be able to pick out their produce. They still want to take a look at the cuts of meat, and pick out a pie that we’ve baked,” he said. “I think that the customers are still interested in coming in the stores and making those decisions themselves.”

In the Natural State, there are eight Edwards Food Giant stores and five Edwards Cash Saver stores. The Cash Saver locations have a larger footprint. Rowton sees his stores poised for continued growth and, most importantly, it’ll come down to how well they take care of their customers.

“It really is our people,” he said. “The employment market is tough right now. But I know that we’ve weathered that better than our peers. I think our industry has weathered that much better than quick-service restaurants and some of the other industries that are out there. 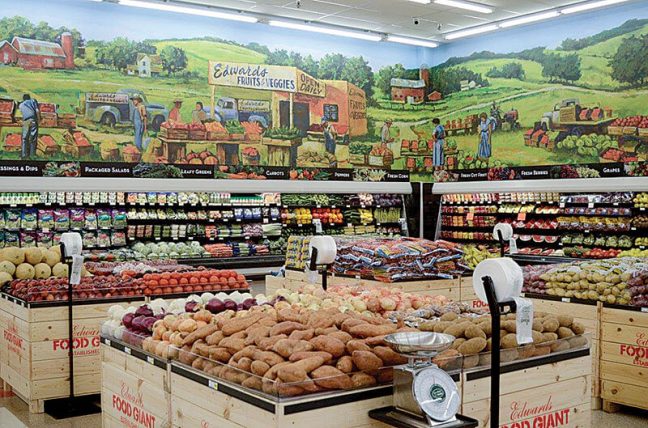 “I take a lot of confidence in knowing that our team members are doing what they can to take care of our customers, regardless of whether it’s the middle of a pandemic or snowstorm or whatever. They are focused on taking care of the customer and know that ultimately, that’s going to be the difference maker for us.”

Rowton has not noticed any major hinderances in the grocery supply chain for his stores, however, from time to time they have to source different brands or expand offerings.

“I think that’ll continue throughout the rest of the year,” he said. “[That’s] one with the impacts of COVID but also just the effects on the employment market and people looking to increase their team. It makes it tough on them to produce the things that we need to sell.”

This has presented the opportunity to create new relationships with vendors.

“We’ve been able to kind of buy direct from some people that we’re not accustomed to buying direct from in the past, just because there wasn’t really a need or an advantage. But now we’ve developed some relationships.”

In regard to local products, Rowton said it’s always been a challenge for Edwards Food Giant and Cash Saver stores. But the question is the ability to find a local farm that can provide enough supply.

“Obviously, we want to do all that we can and in buying local, especially with produce,” he explained. “With our size, that becomes a little more difficult to be able to buy enough product to get us through a marketing campaign.

“Or a lot of times when we set up agreements with local produce farmers, for instance we can wipe out some small farms in a relatively short amount of time. And so, there’s a challenge there that you get somebody small enough and local enough – do they have enough supply to get you through? I think everybody’s challenged with that. But it’s an emphasis that we have, and specifically in produce.”

While they are competing with several large grocery chains, a new challenge has emerged in smaller retailers that are providing groceries.

Again, he noted, it’s how taking care of the customers is what separates them from the competition.

“I tell our people all the time that anybody can sell a can of corn, and a lot of people do. But the way we take care of customers and becoming the trusted local grocer in so many of our markets is by just taking care of the customers,” he said. “They’re confident that when they come to us, we’re going to provide them with a fresh item that’s convenient and at a good cost to them.”