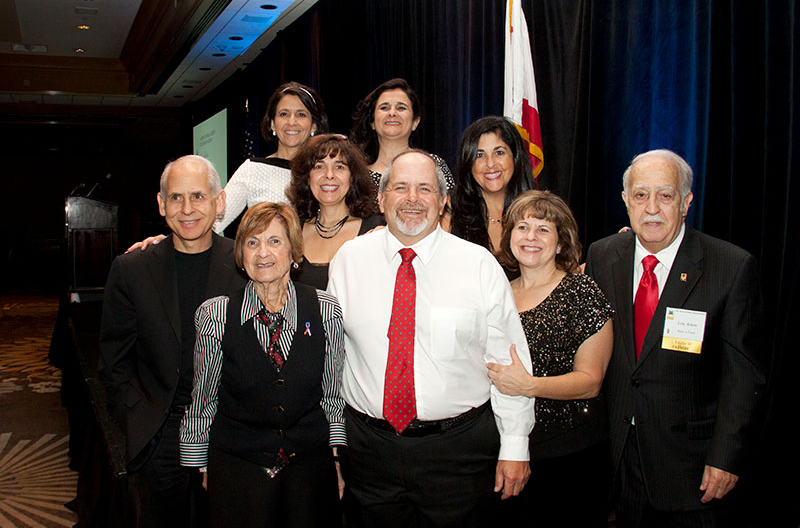 Commerce, Calilfornia-based Super A Foods – an eight-store, privately held super- market chain that primarily caters to Hispanic and Asian shoppers in Los Angeles – is cele- brating its 50th anniversary in 2021. The fact that it must do so without its founder, the iconic Lou Amen, makes it a somewhat bittersweet occasion.

Amen, who started the company in 1971, passed away in May 2020 at age 90. Though he may be gone from this earth, his legacy looms large – not only at the family-owned and -run Super A but throughout Southern California.

Amen had been in the grocery business for seven decades and served on the board of the California Grocers Association for more than 30 years, including as its chairman.

In fact, so inseparable are its founder and Super A that it would be nearly impossible to mark the company’s anniversary without celebrating the storied life of Amen, who continued to work right up until his death.

This commemorative section will explore the company’s rise and success through interviews Shelby Publishing EVP Bob Reeves conducted with Amen’s widow, Dorie, and some of their children, including son Jim Amen, who is president of Super A Foods.

In announcing his passing last year, the family described Amen as a “go-getter” who “loved to work and that is what kept him going.” The statement continued, “Super A Foods survived [over the years] when other chains didn’t and that is because of Lou’s work ethic and desire to keep Super A Foods afloat. He was a giant in the grocery industry and he will be dearly missed.”

A giant in the industry indeed, Amen was inducted into Shelby Publishing’s Food Industry Hall of Fame in 2016. In addition, he was a recipient of the 1999 CGA Educational Foundation Hall of Achievement Award for his commitment and dedication to the food industry.

In 2016, he recalled how he had bought his first store in 1950, and parlayed that investment into a 10-store chain that was later sold and reinvested to build the current family business.

A couple of the keys, in his estimation, were being a union shop, which had led to a high number of long-term employees who know their jobs and do them well, and keeping prices sharp.

“The thing is, if you’re successful working for a chain and you have the will to work hard, then you own your own business,” Amen told The Shelby Report.“That’s what happens with a lot of us. It gets back to basics; same thing I learned with my uncle back in the ’40s… you have to take care of your customer, you have to have a clean store, you have to have the right pricing.”

See The Shelby Report of the West‘s special section on Super A Foods here.