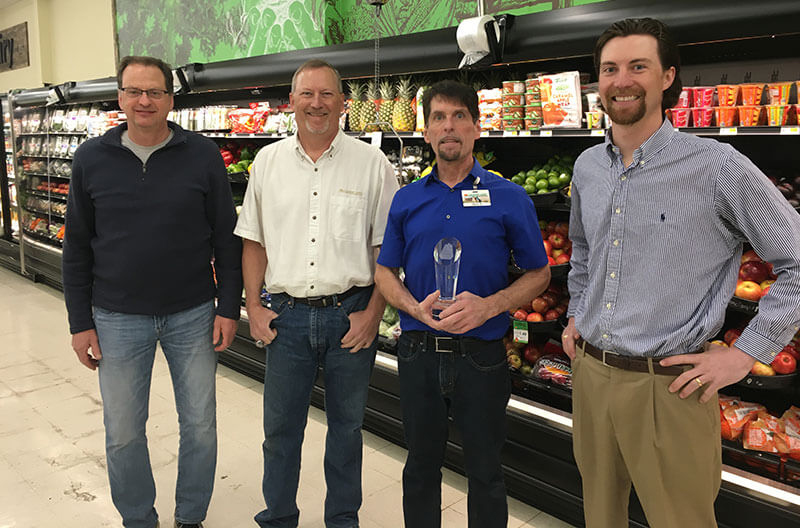 Earlier this year, Garrett Country Mart was hailed for its outstanding produce merchandising by Associated Wholesale Grocers. That’s some notable recognition for the only grocery store serving Sabetha, Kansas, a town of about 2,500 people.

Doug Garrett, store owner, credited the success to the market’s produce manager, who’s been there for more than 40 years.

“Marty Wiltz is very good at what he does,” Garrett said. “The display is always full and fresh. I don’t know that we do things a lot different than anybody else. But it’s always 100 percent every day.”

That opinion is shared by Garrett’s son, Brendon, who serves as assistant store director.

“It’s nice to be recognized,” he said. “But if you talk about rural grocery, I think we have about the most experience in our staff than probably anybody out there. It’s nice for Marty to get recognized.”

Brendon Garrett said that between his father, their department heads and Dan Wenger, the store’s director, they have about 260 years of experience.

“I think I would put that up against any store our size in the nation,” he said. “So that really gives us an edge of our product knowledge and running the store very efficiently and taking care of our customers. All of these departments have to know customer service really well.”

The store also notes its history of ownership across multiple family generations.

“My grandfather and my great-grandfather opened a store in Shawnee, Kansas in 1913,” Doug Garrett said. “[My dad] and his two brothers bought out that store back in the ’50s. Then in 1972, my dad wanted to go out on his own, and he moved to Sabetha and built this store. And then in 1983, my brother and I bought [it] from my dad.”

Doug Garrett feels Sabetha has an older population, however it also has a lot of industry that draws folks from out of town.

Although they have been offering digital coupons for the past six months, Store Director Dan Wanger said it’s “not [going] as well as it could be.”

Produce and deli continue to draw the most interest from customers. Following the theme of fresh, the store aims to provide fresh sushi in the future.

The store also underwent a remodel in 2020, to which Doug Garrett said has provided “very good” results.

“Sales have been good…we’re running several percentage points ahead of 2019,” he said. “Gross profits and all the departments have improved because we’ve got less shrink. Our expenses have gone down because our utilities – we’re using a lot less electricity.”

Garrett Country Mart continues to adjust to its loss of key family figures in the business: Doug’s brother, Dennis Garrett, and their father, Gene Garrett.

“[Dennis] and I bought this store from my dad in 1983,” Doug Garrett said. “And we built a second store in Atchison, Kansas, in 1990. And he moved down there and ran that store. We have since closed that store…we lost my brother a year ago to cancer and we also lost my dad this February. So this year has been kind of difficult for our family.”

He also wanted to recognize his late brother-in-law, Don Strahm, who worked in human resources for the company before his death in 2019.

The family looks forward to having the store continue to be a pillar of the Sabetha community. The market also will be celebrating a major anniversary next summer.

“We’ve been in this community for 50 years. It’s amazing when you look back and you think about all the people that have worked in this store over those 50 years,” he said. “Some of those people’s kids have worked here. And now we’ve got grandkids or some people that worked here when we first opened.

“It’s been a joy, really, to be a part of this community for 50 years. The community’s embraced us and we do our best to give back to the community as well,” Doug Garrett said. “We’re like most like every small-town grocery store, we’re involved. Every time there’s a benefit for something or a fundraiser, we’re the first ones on the list to come ask. We love to do those things.” 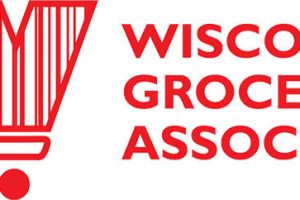