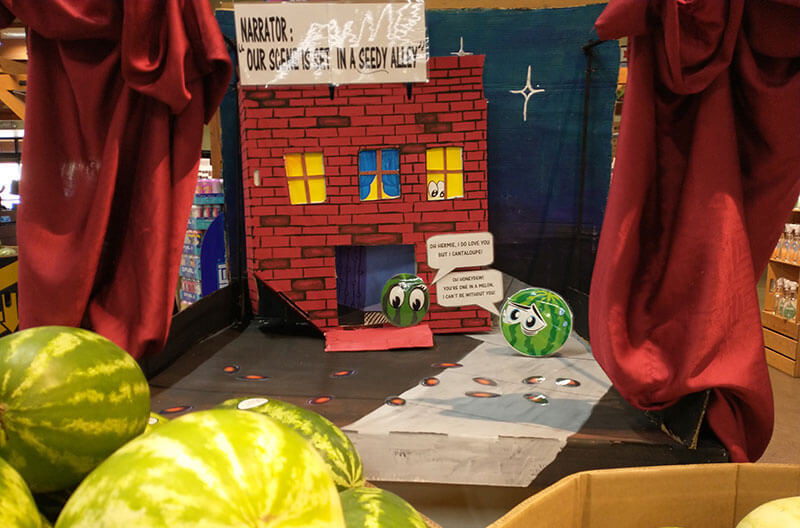 The National Watermelon Promotion Board has named winners in its annual Retail Merchandising Contest, which garnered more than 150 entries from various retail chains, independent retailers and commissaries throughout the U.S. and Canada.

This year’s contest – the 13th since its inception –  continued to support mixed media marketing efforts in addition to in-store displays. The contest started in July to honor National Watermelon Month and ran throughout August to encourage and identify retailers who are showcasing watermelon’s benefits, including health, value and versatility.

“The entries we received this year were very fun and imaginative. This year’s grand prize winner really explored every avenue of promotion and merchandising, using clever in-store optics and collateral materials as well as engaging their customers via social media,” said Juliemar Rosado, director of retail and international marketing for the NWPB. “It was great to see all the unique spins on merchandising across the stores.”

“Thank you for recognizing our team’s hard work and fun ideas. We here at Chuck’s welcome any opportunity to bring a little pizazz to our community and support this amazing American staple crop,” said Kayla Beal, internal marketing/signs department manager.

More than $10,000 in cash and prizes will be awarded to winners, including $5,000 for Chuck’s Produce and Street Market as the grand prize winner. The second-place winner will receive $2,500, third place will receive $1,000 and each of the three honorable mentions will receive $500.

A complete list of the winning displays with images will be posted on watermelon.org/retailers.

The National Watermelon Promotion Board, based in Winter Springs, Florida, was established in 1989 as an agricultural promotion group to promote watermelon in the United States and in various markets abroad. Funded through a self-mandated industry assessment paid by more than 800 watermelon producers, handlers and importers, NWPB’s mission is to increase consumer demand for watermelon through promotion, research and education programs. For additional information, visit www.watermelon.org.