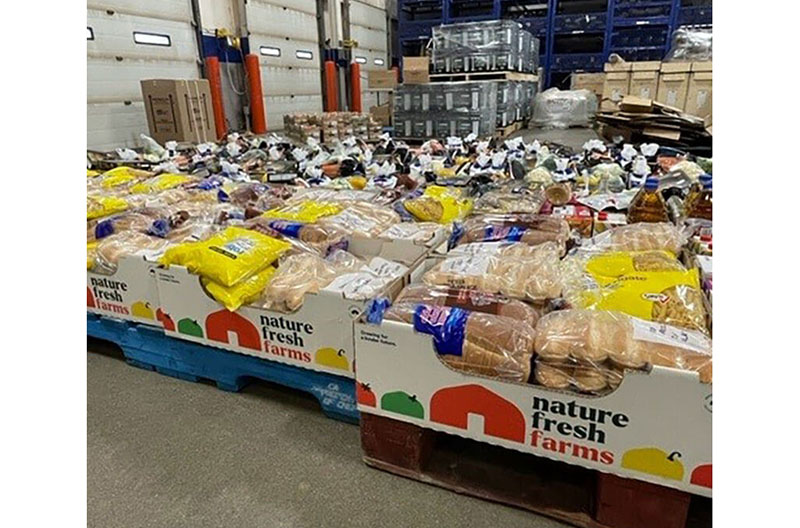 For the past five years, Nature Fresh Farms and SEF have joined together to support families in these areas.

What initially began as a small company initiative in 2016 quickly grew into a company-wide fundraising campaign that has helped hundreds of families.

Through the efforts of the company and employee donations, the initiative assisted 116 families. Their fundraising efforts helped to bring this year’s total to more than $81,000, allowing the company to deliver $700 worth of food and gift cards to the 116 winning families.

Initially beginning as a way for the two companies to assist families back in 2016, they started to receive a lot of support from their employees asking if they could donate. With more team members wanting to support a family during the holidays, the campaign has continued to grow.

“This project first began as a company-led initiative and over the years has turned into a company-wide campaign driven by the generosity of our employees,” said VP John Ketler.

“Nature Fresh Farms and SEF support the program, but it is really our employees that are at the heart of its success and have brought it to this point of being able to help 100 families this holiday season,” he said.

In addition to the giveaway, the cross-company food drive took place over a two- week period where SEF and Nature Fresh Farms employee donations led to a total of 3,043 dry goods collected. The two companies brought the non-perishable food items to the local Salvation Army in Leamington, Ohio, with Nature Fresh Farms donating to The Open Door in Delta, Ohio. Both initiatives were successful in providing families with some cheer this season.