Home » Much Time, Tasting Went Into The Fresh Market’s The Square 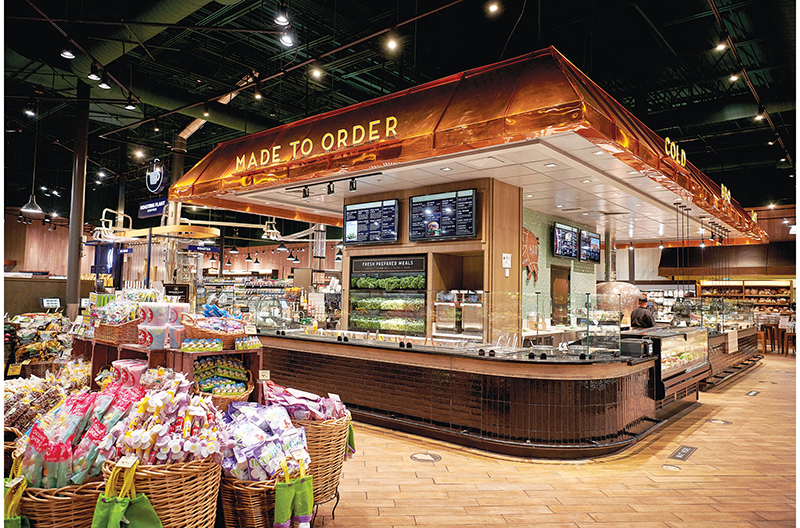 Diane Cleven has had “the most lucky career in the world.” The VP of deli/CMS/sushi/bakery at The Fresh Market came to the company about 22 years ago, when owner Ray Berry and his son persuaded her to leave the specialty distributor for which she was working.

Cleven joined The Fresh Market because she “fell in love with the integrity that the family had.” The decision led her to expand her knowledge of the business, especially in perishables, as she continued to advance through the company. She was brought in to handle grocery, but other departments – dairy, floral and gift center – were gradually added. A couple of years later, the deli department joined her duties.

Cleven said The Fresh Market CEO Jason Potter surprised her with the concept for the remodel of the company’s original store on Lawndale Drive in Greensboro, North Carolina. While the company was doing well with its prepared foods, she said it could only do so much.

“I think we did a lot with what we had, but you can’t go to the next level until we did what we did here [Greensboro] at our Lawndale store,” Cleven said.

Potter hired a consulting group that brought in a team whose specialties were hotels and restaurants. 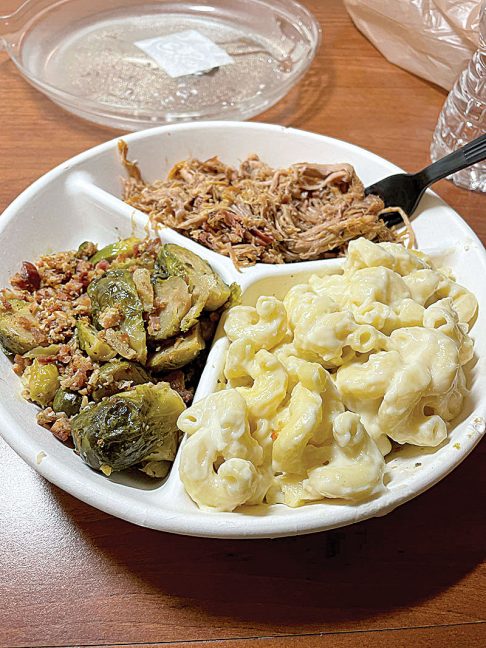 “They brought this restaurant concept, which is what we wanted. We worked in conjunction with the consulting chef to develop the menu for us. And then we did tastings,” Cleven said.

There was a good bit of back and forth. And after working on recipes with the consulting chef, The Fresh Market team started developing their own, also.

“We have a corporate chef here, Jarrod Craft,” Cleven said. “He’s very good. We started doing our own ideas. It was super challenging during COVID because we didn’t have an office to work out of.”

Cleven said the company’s smoker “actually lived in my driveway for eight months.” One of the chefs they were working with had a food truck, which also spent time in her driveway. They found an unused bakery facility in town, whose owner was going to shut it down. Cleven said they were allowed to use the facility at no charge. This afforded them kitchen space and a couple of offices.

“There were multiple tastings throughout the process,” she said of developing the menu.

Currently, the menu for The Square is 70 percent from the consulting chef and 30 percent in-house, Cleven said, though that is changing. The company will be simplifying the Made to Order sandwich and salad stations. The menus will be made to be “more pick your protein, pick your base, pick your toppings.”

The Fresh Market is all about excellence and the items on The Square’s menu are created to attain that level. Next to the popular barbecue choices, the second busiest station on The Square is biscuits, Cleven said.

“I was in there yesterday morning and a customer came in with his son. He said, ‘We stop by every morning on my way to drop my son at school, and this is the best biscuit in town,’” Cleven said. “I wanted to hug him.”

She said that’s why points of differentiation are important.

“Everybody’s got a bacon, egg and cheese biscuit, but we do it better at The Fresh Market,” she said, noting it features candied bacon. “And for the sausage biscuit, it’s the same sausage that we make in our meat department.”

Ensuring a stable staffing level for The Square has been a priority.

“We needed to make sure that they can execute, which has been a challenge with COVID and turnover and then [winter] weather in January,” Cleven said. “We feel like we’re in a position now to really start going heavy on marketing and getting the stories out there because we can consistently execute.”

Addressing the store opening in April in Palm Beach Gardens, Cleven said it will follow the new concept in everything except biscuits. “We felt that the South Florida market is probably not biscuit driven.” She said the company will take elements from the concept pilot store and put them into other stores as they open, where the team feels they are right “based on the pro forma for that location.”

Cleven said The Fresh Market is investing heavily in the new concept. “We feel like it’s our future.”

In addition to her input on the new concept, Cleven also is responsible for The Fresh Market’s holiday meal program. She said she created the first Thanksgiving dinner when she took over the deli department in 2004.

That first holiday meal came together “last minute,” and there was “a lot of learning on that one, too. And we were just blown away by how well it did.” At that time, The Fresh Market had 25 stores and sold nearly 1,000 meals. In 2021, The Fresh Market sold 46,000 Thanksgiving meals.

Following that success, Cleven developed meals for Christmas, Valentine’s Day and Easter. She said they listened to The Fresh Market’s guests and developed smaller meals for smaller families, then also added a deluxe meal.

“We just listen to our guests and try to figure out what they want,” Cleven said. “It has to taste good. I would never sell in our stores what I wouldn’t serve my family or eat myself.”