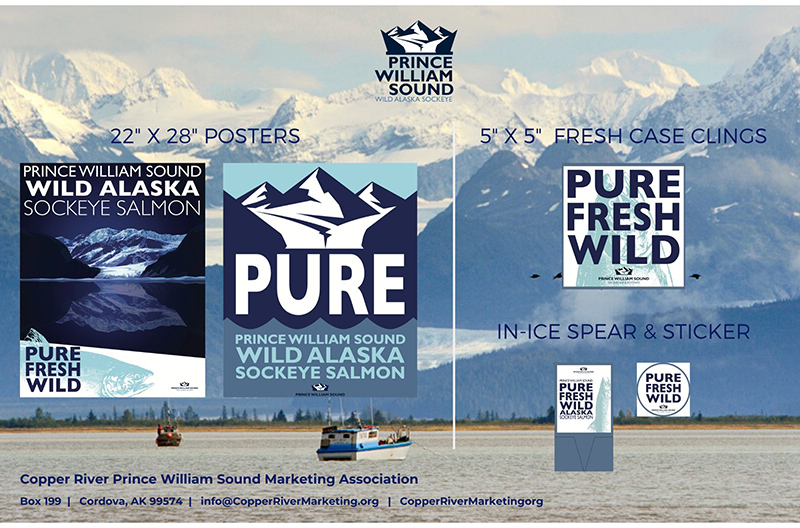 Cordova, Alaska-based The Prince William Sound Sockeye season started on May 30 and the salmon, which are rich in Omega three fatty acids and Vitamin D, will be featured at Hy-Vee Inc. throughout the summer.

Hy Vee shoppers should look for Prince William Sound sockeye in store signage and they should ask for the fish by name at the seafood counter.

Alaska’s pristine Prince William Sound is home to more than 550 drift and set gillnet permit holders. The Sound, which sits west of the Copper River Delta in the Gulf of Alaska, is a protected water system that boasts a complex coastline, glacier-hewn fjords, rain forest-blanketed islands and an array of marine life.

Each year, the region boasts an annual harvest of more than 55 million fish with fishermen catching all five species of Pacific salmon. Prince William Sound Sockeye salmon average about five pounds each and this year Alaska Department of Fish and Game projects an average run.

According to Christa Hoover, executive director of the Copper River Prince William Sound Marketing Association, “We are pleased to be partnering with Hy-Vee this season as their commitment to customer experience and quality so closely aligns with what our fleet of fishermen do. With its just caught natural flavor, Prince William Sound sockeye lends itself to so many quick and easy dinner preparations for today’s busy cooks. A six-ounce portion cooks in under eight minutes over moderate heat and is deliciously versatile.”

For cooking ideas and inspiration, Hoover suggests salmon lovers checkout the Hy-Vee recipe section where more than 200 salmon recipes are featured. Simple favorites such as Grilled Salmon BLTs, Asian Glazed Salmon, BBQ Spiced Salmon and Easy Grilled Salmon allow the fresh salmon flavor to shine and can be made in less than 20 minutes.

Recipes and Hy-Vee locations can also be found on the Prince William Sound website.