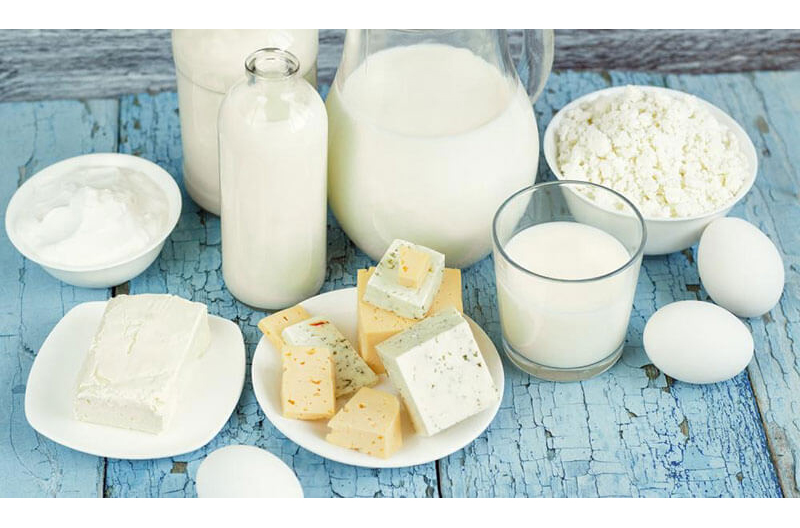 Consumer reactions combined with supply side volatility are creating an environment of continued change and uncertainty, according to IRI, 210 Analytics and IDBBA. In June, total perishables grew 6.8 percent, with above-average increases for bakery, deli and refrigerated, which includes dairy.

The highest gain versus the pre-pandemic normal was generated by refrigerated, up 29.2 percent in June versus June 2019. The departments still selling more units in June than they did in May 2019 were deli and produce.

“The four June weeks generated a little over $5 billion in dairy sales, an increase of +16.3% year-on-year,” said Jessica Ives, professional development coordinator with IDDBA. “The consistency of the weekly sales levels, all at least $1.2 billion, is encouraging as it means demand is holding strong – certainly when compared to pre-pandemic levels. The biggest week was the week leading up to Father’s Day, with weekly sales of $1.3 billion.”

Milk was easily the biggest seller in June at $1.3 billion. The next biggest sellers were natural cheese and eggs. Eggs moved over yogurt with very high inflation. Due to supply chain challenges and avian influenza, the average price-per-unit for eggs has increased to $4.10, which is 51.5 percent more than it was in June 2021.

“The deli department is one of the best to demonstrate that both convenience and premiumization are very much alive despite all the inflation we’ve been seen in the grocery store and beyond,” said Jonna Parker, team lead fresh at IRI. “Deli prepared food sales, whether picked up in the store or delivered much like restaurant meals, was reached $1.8 billion in June 2022, which was up nearly 10 percent versus year ago and more than 33 percent versus 2020.”

June 2022 dairy cheese sales totaled $591 million. Sales were up 3 percent over year ago despite below average inflation.

“The difference between the holiday week sales, at $151 million, and the typical weeks shows the impact celebrations can have on deli cheese,” Parker said. “This is why so many retailers have self-invented holidays or a ‘cheese of the month’-type special, to drive consumer interest and impulse purchases.”

The low inflation resulted in a relatively small gap between dollars and volume, certainly when compared to deli meat. Additionally, deli cheese sales stayed ahead of June 2020 sales.