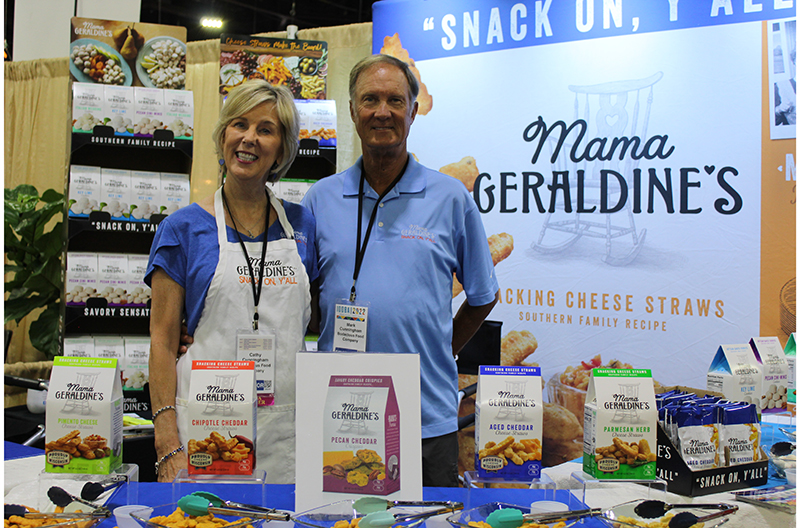 While working in the radio business during the mid-1990s, Cathy Cunningham made a discovery one night. The cheese bites on which she had been snacking were nowhere near as good as those of her mother, Geraldine Cunningham.

“I knew my mama’s cheese straws were better than those things,” said Cunningham during an interview with The Shelby Report.

Geraldine Cunningham had learned how to make the cheese straws from her mother, Emma Lindgren McCloskey. Cathy Cunningham decided to take their recipes and turn them into a business, Bodacious Food Company.

“It’s going to be a bite-size, more savory morsel of a fabulous 12-month-aged cheddar cheese, pecan and crispies to make it light,” she explained.

“They are very popular right now. What we’ve been able to do over the last two or three years is have them be included or considered for charcuterie boards,” she said. “Cheese straws have been around for many, many years but it was only in the last five or six years that they’ve really gotten on the map. Showing they are more than just a snack, it’s been successful.”

Cunningham’s marketing is not the only success the company has experience. The Georgia Department of Economic Development awarded Mama Geraldine’s with one of six 2021 Small Business ROCK STAR awards.

“Our Small Business ROCK stars reflect the charm and community spirit in every corner of the state,” said Pat Wilson, GDEcD Commissioner in a statement at the time. “Each of our winners has shown incredible resilience over the past year and it’s an honor to celebrate them as we look toward a brighter future.”

The company was also featured in 2020 in the Georgia Grown #NowMoreThanEver ad campaign, which the Georgia Department of Agriculture used to showcase and advocate for small businesses in the state.

“It’s always nice to be recognized for your work,” Cunningham said.