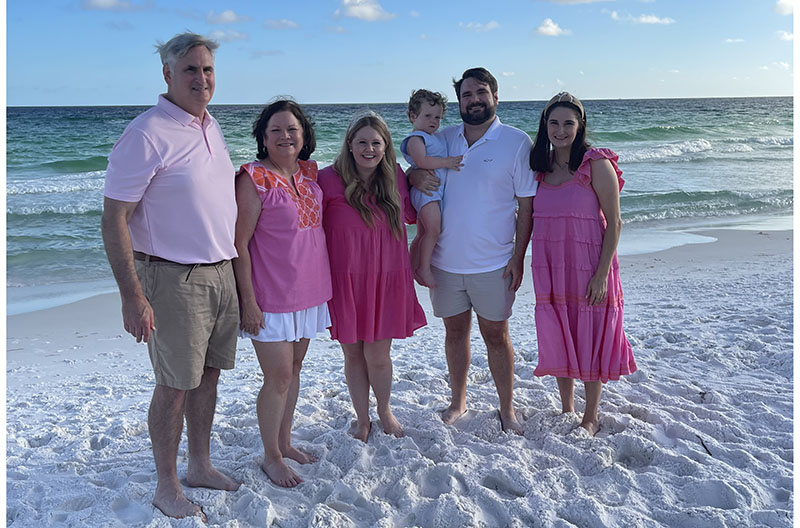 Rosemary Jones, the EVP, chief people officer/legal for Brookshire Grocery Co., is The Shelby Report of the Southwest’s 2022 Woman Executive of the Year. A longtime attorney, mother of two and grandmother of one, Jones was raised in Longview, Texas, about 30 miles from Tyler, which she and her family would eventually call home.

Jones is the third of Roger and Dale Sage’s four children. Oldest sibling, Roger Jr., works in Baxter Sales, a wholesale cleaning supplies business their grandfather founded. Second in line is sister Robin, a retired judge who continues to practice family law in Longview. Youngest sibling Raymond is a professor of musical theater at Penn State University following a successful career on Broadway.

Jones grew up competitive, a trait that would follow her throughout life. She was a cheerleader in high school, as well as a member of the volleyball and track teams.

“Rosemary has been very competitive in anything she does and wants to be the best,” said Judge Robin Sage. “She was the main cheerleader for the school. I remember that back then the cheerleaders would throw out little footballs into the crowd and the crowd would always say that Rosemary should be playing quarterback – she could throw better than the boys.” 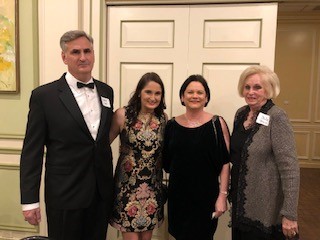 “I was young and naive. I realized it was going to be years before I could get into administration. I didn’t want to wait that long,” Jones said with a laugh.

Her sister had already begun a legal career, which appealed to Jones’ sense of challenge.

Added Jones, “Watching [Robin] and seeing her made me realize that if I put hard work into it, I could do it too. It was her role model that got me into that.”

While attending law school at Baylor, Jones worked as the executive director of the Baylor Law Review and won the school’s moot court competition. After graduation, she took a job at a large law firm in downtown Dallas. She stayed there for three years before a cousin practicing law in Tyler invited her to join his firm.

“There were a lot of requirements and pressure and I really was kind of starting to focus on my family,” she said of the transition. “I realized I couldn’t have the best of both worlds in a job like that,” Jones said. 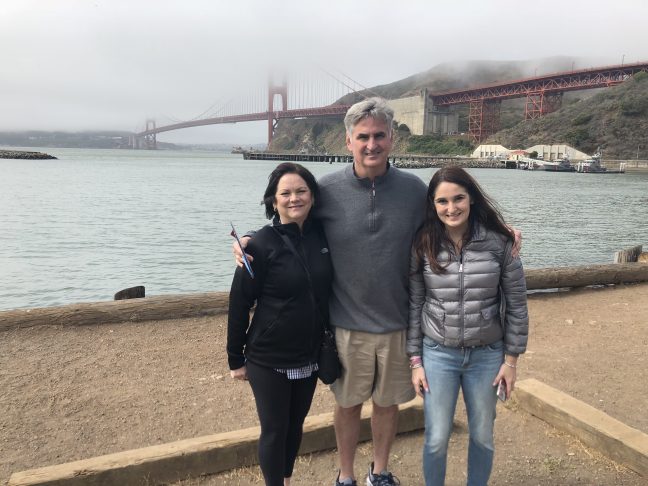 Board certified as a labor and employment law specialist and a personal injury defense attorney, Jones had options. She moved to Tyler and began working at Ramey & Flock, which was situated in the heart of Tyler. She and her future husband, Walter “Chip” Jones, met at church not long after her arrival.

Together for 29 years now, the couple has two children. Their son lives in the Dallas area with his wife and son; a second child is on the way. A graduate of Southern Methodist University, he works as a financial analyst. Their daughter is following in her mother’s and aunt’s footsteps, pursuing a law degree at Baylor.

After settling down in Tyler, Jones made it clear that being involved in the community was important. She became active in many local civic groups, including the Tyler Area Chamber of Commerce and the Tyler Economic Development Council, among others.

According to Sage, this sense of community had been instilled in Jones by their mother, who served on the Longview School Board and Parks and Recreation Board. In addition, their parents led the special education department at the First Baptist Church in the city for about 35 years. “They modeled community involvement for us as kids,” Sage said.

Throughout Jones’ 27 years at Ramey & Flock, she worked closely with Brookshire Grocery Co. as its outside legal counsel. She tried, mediated and arbitrated hundreds of cases and claims on behalf of the company.

In 2014, she received the highest rating from her peers and was elected to the American Board of Trial Advocates. The following year, she received the Award of Excellence from the Smith County Bar Association. Throughout this time, Jones grew closer to BGC.

“I was lucky. I knew the company through having represented them. They were the only client that I had that I would leave my legal practice for. I loved my legal career,” she said.

After being offered a position at BGC in 2016, she had a difficult decision to make. At the same time, she has never been one to shy away from a challenge.

“It was kind of like a midlife crisis,” she recalled with a laugh. “I left school, then I left Dallas and I liked where I was. Loved it. But I had eventually figured out that I’d done everything in my legal career. What was my next challenge?”

Her long-established sense of community helped guide her. She felt that BGC and the people within shared this quality.

“It’s a matter seeing the importance of giving back to the communities that you serve and Brookshire’s has and continues to,” she said. “That’s the only reason I left a very good law practice to come over is because they had the same core values. Brookshire’s looks at every community they work in and wants to be a significant contributor.”

Her position as EVP, chief people officer/legal encompasses a variety of responsibilities that include people and culture: benefits, compensation, partner relations and development; communications and community involvement; risk management (general liability and workers’ compensation), asset protection and safety. In addition, she is the lead legal counsel for the company. “I wear a lot of hats,” she said. 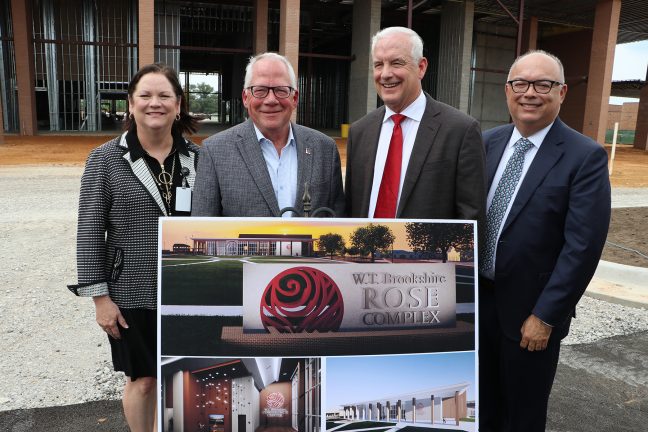 When Brad Brookshire brought Jones on, the company was looking for a catalyst of change. “I think that Brad brought me in to help to continue to develop our culture and our people to make this a great place to work,” Jones said.

One of the biggest additions to the culture within BGC is the Partner Care Fund.

“I’d have to say it was one of the best things we’ve done since I came to BGC. We’ve been able to help so many people. It’s just been amazing,” she said.

Jones continues to work toward the betterment of BGC and its partners, appreciating the challenges the grocery industry brings.

“I think that’s one of the driving reasons behind me making the switch,” she said. “When Brad talked to me about his job, I knew I needed a new challenge because my whole world had kind of changed. But it was a long and great time in life and I’ve enjoyed having the challenge to distract me from the sadness of [the kids leaving home]. And it has really kept me young.

“It has been a great challenge to further my career later in life. I look forward to this whole new career…I know the future is going to be exciting.”

To read the full special section on Rosemary Jones from The Shelby Report, click here. 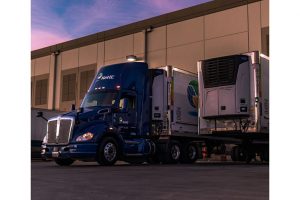