Home » RAC Chairman: ‘It’s Just Been A Blessing To Be A Part’ Of ROFDA 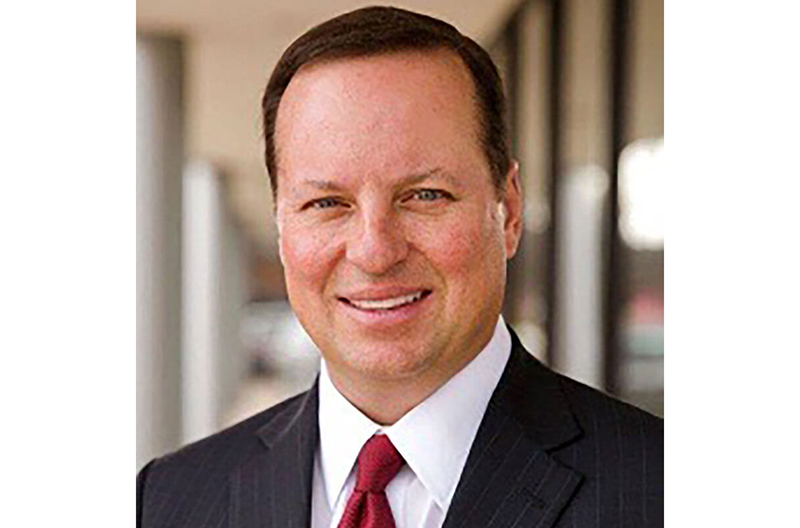 GVH Distribution, headquartered in Lubbock, Texas, has been an associate member of ROFDA for 13 years. Company President and CEO Sean Wright has served as chair of the ROFDA Advisory Committee for the past two-and-a-half years.

GVH distributes packaging supplies for the supermarket, convenience store and food service industries. Wright said, “ROFDA is a unique organization that has a symbiotic relationship between its members (the wholesalers) and its associates (vendors). The two groups make ROFDA what it is and depend on each other for individual and collective success.”

ROFDA membership is by invitation only, and Wright noted that a company must be positioned correctly to be considered.

“You have to be invited by the ROFDA Board, and you have to be making a difference for the independent grocer,” he said. “Once you’re in, you’d better be ready to contribute, or you won’t be in long. It’s a dynamic, relationship driven organization – you have to work at it to be successful.

“There’s a lot of communication and face-to-face meetings. And the access level is unprecedented. In my opinion, I don’t think I’ve ever been to another conference where you sit down with grocery wholesaler decision makers and speak so openly about topics that will ultimately help the independent grocers thrive.”

For GVH, there’s nothing better than that.

“Our whole mission at GVH is to create solutions and make a difference – that’s what we love to do and we’ll go the extra mile to make it happen,” Wright said. “We love working with the independent grocer particularly.”

When attending a ROFDA conference, he said the associates must come armed with business solutions and assisting the wholesalers in providing those to their members. For GVH and perhaps nearly every associate at ROFDA, membership is rewarding.

“You get to know influential people in the business and you start doing more and more together,” Wright said. “It’s just a snowball effect.”

The RAC is comprised of associate members, and its mission is to “provide valuable feedback and direction for the board members and the ROFDA president, Jeff Pederson, to consider when mapping the future direction of ROFDA as an organization,” Wright said.

“As RAC chairman, I can definitively say that the ROFDA board is comprised of great leaders that are truly great listeners,” he said. “The RAC has been fortunate enough to make several recommendations to keep ROFDA relevant, and the board and Jeff have been great about listening and adopting many of the ideas.”

RAC members, elected by the ROFDA board, are people committed to the success of the organization.

“The RAC board members must believe in the independent grocer, be interactive at ROFDA and give productive feedback that represents the associates’ perspective,” Wright said.

The current RAC board was elected in late fall 2019, before the COVID-19 pandemic hit the U.S. Wright said the restrictions due to COVID meant the in-person conferences were canceled, which was difficult for the organization as it is “so heavily dependent on relationships and in-person events. We were put in a very challenging position, as was the board and planning committee. We had to think differently during that time because we moved to virtual events.”

They worked hard to add value to the associates and members during Zoom calls.

Wright noted while many companies and organizations scaled back services during that time, ROFDA members decided to push forward a more aggressive agenda and future.

“It’s been very rewarding to witness the transformation,” he said. “I think ROFDA is better off due to the strategic planning and action steps that were taken, mainly because of the collaboration by the boards.”

As RAC’s mission is to provide feedback to ROFDA’s board, Wright said it made a presentation on what its board members thought could be done to keep ROFDA relevant for many years going forward.

“This industry changes in a second,” he said. “So how do we change to stay ahead of the curve and stay relevant and impactful? In my opinion, that’s the RAC’s mission – to give the appropriate feedback to the ROFDA board so they can make the decisions that are best for ROFDA.”

About a year into the current RAC’s term, it met with the ROFDA board and made several recommendations. At the time, there was “a lot of feedback that ROFDA was in need of some change,” Wright said.

First, the RAC board asked the ROFDA board to invest in hiring a full-time spokesperson for the organization. That ended up being Jeff Pedersen, which was an excellent initial step forward.

Second, it asked that share groups be opened to include associates, expanding them and letting the associates present solutions to those groups.

Third, as ROFDA is the Retail Owned Food Distributors of America and is all about the independent grocer, it asked that the board invite retailers to the conferences.

Fourth, the group requested to look at revising ROFDA’s bylaws, which stated that members are limited to cooperative wholesalers only. The RAC suggested opening ROFDA to new potential members that have the same singular goal: servicing the independent grocer.

Fifth, it requested the ROFDA board and RAC meet at every conference to go over objectives and priorities going forward and “talk openly about what we can do to better ROFDA on a continuous basis.”

“We felt like that line of communication was really important and we needed to continue to do it,” Wright said.

RAC “swung for the fences” in its recommendations and felt like it “hit a home run” when the ROFDA board adopted all five, according to Wright.

“It was really an exciting time and I cannot commend the ROFDA Board enough,” he said. “These are high-powered CEOs that hear many ideas and suggestions all the time, but they really listened and acted.”

Wright thinks ROFDA has “made transformational changes that will keep the organization a leader in the industry for years to come.”

When the ROFDA board invited a group of retailers to this year’s spring conference, Wright said hearing them talk about their concerns was a “breath of fresh air. It helped clarify so much what the associates and member wholesalers should be focusing on.”

“Because at the end of the day, the retailers are the ones we have to support,” he said. “They’re the ones out there on the front lines, servicing the consumers, and we need to do all we can to support them. It was critical to hear their comments on what keeps them up at night.

“I can only speak for myself, but during these specific comments I looked at my GVH colleague sitting next to me and said, ‘We can help make a difference for the retailers.’ It’s really shaped our direction as a company moving forward.”

For associates, the access and relationships found in ROFDA provide great benefits.

“I can speak for the RAC in saying that we love ROFDA as an organization, and we have all gleaned tremendous value from participating in it,” Wright said. “Our goal is to be good stewards of ROFDA and leave it better off than when we started serving on the RAC board. I believe we have made great progress in bettering ROFDA, and we will continue to work on creating future value as we move forward.”

For potential ROFDA associates, Wright advised, “If you want to help the independent grocer survive and thrive, and your company has benefits that can help them, then you will want to be part of this organization. The access level at ROFDA is unparalleled in the industry, and there is no shortage of opportunity for any associate fortunate enough to be invited. ROFDA is a growing organization that is a big part of the grocery industry, and it is a noble cause to service the independent grocer.”

Wright added that it has been rewarding to be a part of ROFDA and to serve as chairman of the RAC. “The other RAC members that I get to collaborate with – they’re incredible.” He noted when the five RAC members get together and meet, “the ideas and the commitment level that come out of these calls is fantastic.”

“Working with ROFDA members and associates for the betterment of the organization and, ultimately, that of the independent grocer has been great. It’s just been a blessing to be a part of it. My goal as chairman is to leave the RAC and ROFDA in a better place than where we started. And we’re working hard to do that.”