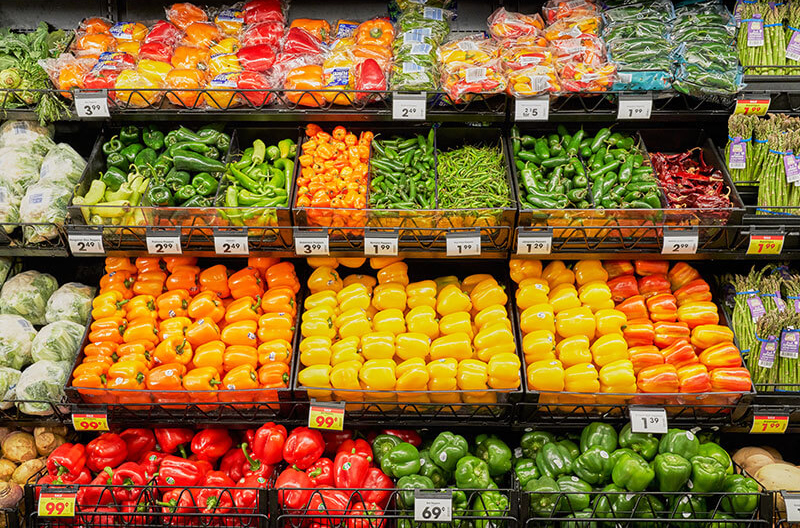 IRI, 210 Analytics and IFPA have shared the latest analysis of fresh produce. Fresh produce prices were up from last year, but at a low 5.3 percent level on a per-unit basis and 5.6 percent on a per-pound basis.

The deceleration is driven by fruit, for which prices increased a low 3.2 percent. Additionally, vegetable inflation dropped into the single digits at 7.7 percent year-on-year.

November fresh produce sales reached $5.2 billion, surpassing the record set the prior year by 4.2 percent. The dollar increase was driven by inflation; however, unit and volume declines versus November 2021 were mild compared to those seen in other departments.

“This could be a signal that moderating prices are starting to strengthen demand,” said Jonna Parker, Team Lead Fresh, IRI. “Fresh fruit, in particular, is starting to trend very close to year ago levels. November and December have the heavily holiday impact on sales, but these are positive signs nonetheless.”

Thanksgiving week was actually one of the smaller selling weeks, with produce sales peaking the week, ending Nov. 20. Gains versus year ago were consistent with pounds going positive versus 2021 in the second November week.

“Growth for fruit is slowing down due to moderating levels of inflation,” said Joe Watson, IFPA’s VP, retail, foodservice and wholesale. “As fruit is starting to trend very close to 2021 levels in volume, I fully expect to see that trend line starting to level out soon. Compared with 2019, both fresh fruit and vegetables are now trending about 21 percent above pre-pandemic levels.

“Certainly, we know that perception is reality and consumers often associate fresh with being more expensive, whether it is or not. A focus on overall value, not price alone, in combination with health and nutrition, may be a favorable strategies as economic pressure persists.”

Thanksgiving buying patterns, such as canned green beans, cranberries and corn, in combination with the below-average rate of inflation for fresh produce meant a drop in the share of fresh fruit and vegetables (75.7 percent) versus the share represented by frozen (8.7 percent) and shelf-stable (15.6 percent). Prices for frozen fruit and vegetables increased 23.5 percent in November versus 2021. Fresh produce sales represented 74.9 percent of total pounds sold across the three zones.

The overall produce volume pressure is driven equally by both fruit and vegetables. Fruit pounds were down 0.8 percent year-on-year in November, while vegetable volume sales were also off 0.8 percent. Both remained above 2019 levels.