Shelby Staff
In a move that, according to USA Today, disappointed both sides of the contentious issue, the Federal Reserve Board voted June 29 to soften a rule that will cap the fees banks charge retailers when consumers use debit cards.

In a move that, according to USA Today, disappointed both sides of the contentious issue, the Federal Reserve Board voted June 29 to soften a rule that will cap the fees banks charge retailers when consumers use debit cards.

The Fed voted to set the cap on so-called swipe fees at 21 cents, up from the 12-cent cap it proposed late last year. That’s still down from the current average debit card transaction cost of 44 cents.

According to the National Grocers Association (N.G.A), the rule does little to level the playing field and will perpetuate the anticompetitive actions of the big banks.

“Every month the largest banks and credit card companies reap over $1 billion a month in debit swipe fees off the backs of Main Street businesses and consumers. It’s extremely unfortunate that the Federal Reserve ceded to the bank’s lobbying to increase the allowable debit swipe fees. Independent grocers and our customers are very disappointed that they will not benefit from the important reforms Congress intended. We fought for years to persuade Congress to reform debit interchange and we finally succeeded. This afternoon the Federal Reserve reversed our victory and every independent grocer in American has a right to be angry and disappointed.” said Peter J. Larkin, president and CEO of N.G.A.

“Retail grocers and other merchants have been fighting for over a decade to reform swipe fees and the anticompetitive rates and rules imposed on merchants. With the release of this final rule it is clear that the Federal Reserve failed in its responsibility to consumers, unlike in other countries where real reforms have been enacted and enforced” remarked Christopher Coborn, president and CEO of Coborn’s Inc. and chairman of N.G.A.

The Fed also voted to delay implementation of the cap until Oct. 1. It was scheduled to take effect July 21.

“Today the voice of big banks drowned out the cries of consumers and Main Street merchants in the ears of the Federal Reserve,” says Leslie G. Sarasin, president and CEO of the Food Marketing Institute (FMI). “This ruling is inconsistent with the proposed ruling issued last December and utterly fails to be true to the spirit of the Dodd-Frank Wall Street Reform and Consumer Protection Act passed more than a year ago. It will not provide sufficient reform for businesses that are currently fighting high debit swipe fees. Merchants and customers across America are the big losers.”

“The action taken by the Federal Reserve (on June 29), rather than bringing parity to an unfair situation, actually makes it worse by increasing the costs on the most secure PIN debt transactions,” says FMI SVP for Government Relations Jennifer Hatcher. “It is irresponsible and certainly not reasonable.”

For years, big banks and the giant credit card networks used hidden swipe fees and fine print to keep consumers in the dark regarding the actual costs of using their debit cards. The disparity between the bank-determined fees assessed for processing paper checks and electronic checks has cost merchants and consumers nearly $20 billion each year. In addition, merchants are charged on average 44 cents to complete a debit-card transaction that costs just 4 cents to process. Closing the gap on these charges would have benefited small businesses and allowed them to put more savings in the pockets of their customers.

Even though FMI expresses our extreme disappointment with the Federal Reserve’s final ruling, FMI wishes to thank Senator Richard J. Durbin (D- Ill) for his dedicated efforts to bring fairness and much needed reform to debit card swipe fees. 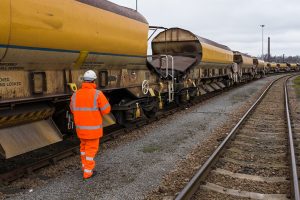