The Organic Trade Association (OTA) recently announced that it had selected Michael Funk of United Natural Foods Inc. (UNFI) and Mark Lipson of the U.S. Department of Agriculture (USDA) to receive its prestigious Organic Leadership Awards for 2011.

“Both Michael Funk and Mark Lipson have had a long commitment to the organic movement. Michael has been instrumental in the growth and advancement of the natural and organic industry for over 30 years, while Mark has demonstrated personal ­commitment, leadership and vision with regard to advancing organic farming since the early 1980s,” said Christine Bushway, OTA’s executive director and CEO.

Funk, UNFI’s chairman of the board, will receive the OTA Organic Leadership Award in the “Growing Organic Industry” category, while Lipson, Organic and Sustainable Agriculture Policy Advisor in USDA’s Office of the Secretary and Undersecretary for Marketing and Regulatory Programs, will receive the award in the “Growing Organic Agriculture” category. The 2011 Organic Leadership Award recipients will be honored at the Sept. 21 OTA Awards Gala during OTA Member Day activities at Natural Products Expo East in Baltimore.

A pioneer in the industry, Funk became involved in the mid-1970s when consumer interest in natural foods began to blossom. His career began in the Sacramento Valley with a grassroots organic food business focused on helping the planet and promoting farmers’ use of fewer pesticides. Funk formed Mountain People’s Warehouse (MPW) in 1976. Business soon expanded beyond produce to include perishables, bulk and groceries, and grew to become the largest natural foods distributor in the Western U.S. During the 1980s, co-ops and natural health stores began to carry more food items and business expanded, driven by strong demand for a healthier lifestyle.

MPW combined forces with another regional distributor in 1996 to form United Natural Foods Inc. Under his guidance and ­leadership, UNFI and its subsidiaries have grown into an estimated $4.5 billion organization that employs over 6,500 associates, and distributes approximately 60,000 products to over 23,000 customer locations.

Meanwhile, since 1983, Lipson has been a member of the Molino Creek Farming Collective in California, and at one time or ­another, has performed all the various roles of farm operations and management. In the mid-1980s he established the statewide office of California Certified Organic Farmers (CCOF) and became CCOF’s first paid employee. While there, he led the development of many of the foundational aspects of organic certification systems. He also played a key role in the passage and implementation of the California Organic Foods Act of 1990 and the national Organic Foods Production Act. He was chairman of the California Organic Food Advisory Board from 1991 to 1997. He joined the Organic Farming Research Foundation (OFRF) in1995, and served as Policy Program Director and Senior Policy Analyst until 2010.

In 1997 he authored the study “Searching for the O-Word,” which documented the lack of USDA research support for organic farming systems. This work led to OFRF’s creation of the Scientific Congress for Organic Agricultural Research, a national network for producers and scientists pursing the science of organic production and markets.

Lipson joined USDA in June 2010 as Organic and Sustainable Agriculture Policy Advisor. In his current position, “Mark impacts organic policy on a daily basis…Always with the organic farmers’ best interests in mind, Mark continues to impact the growing organic industry that he helped to create,” according to his nomination letter submitted by Maureen Wilmot, executive director at OFRF. 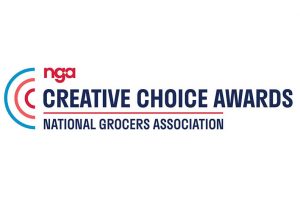 Forces of Nature Introduces Certified Organic Medicines
Bat .501 and Keep Your Eye on the Ball