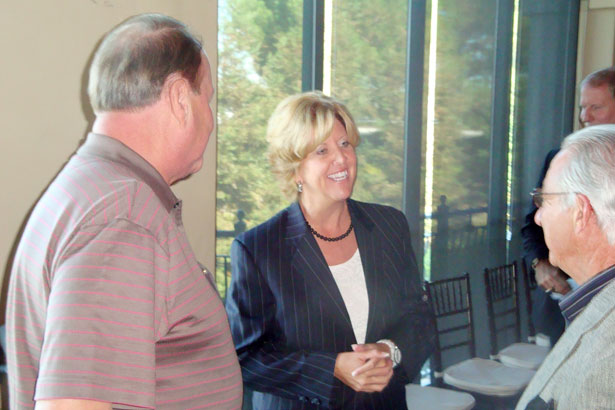 Don Cox, CEO of Co-Sales, especially appreciated one of the event’s core points that put the grocer/broker/manufacturer relationship in as simple terms as possible: When manufacturers like to make stuff, represented by brokers who like to sell and merchandise stuff to retailers who like to sell stuff, it’s a cycle of relationships that create success. Cox believes this explanation is a basic way to explain the BeaconUnited concept.

The Beacon Eight, as independent companies, maintain the personal touch and market know-how of regional experts. Together, the companies offer the reach and resourcefulness of a national firm as a new option in the grocery/broker business.

Jim French, president of Co-Sales/NorCal, delivered opening remarks. Tony Scudieri, president of BeaconUnited, offered insights on “the then and now of the industry.”

Scudieri explained that during the last decade, the grocery broker industry has seen massive consolidation, going from more than 240 brokerages across the country to 56 in 2011. The same consolidation was in seen in consumer product companies as well as among retailers.

“If the past tells us anything, it teaches us that adaptability is critical to survival,” said Scudieri.

Using the analogy that a business suit made to represent the average size of 12 attendees wouldn’t work for any of them, Jesse Edelman explained the genesis of the idea for BeaconUnited.

“BeaconUnited is the perfect representative of the new movement in commerce. Rather than competing, companies are choosing to work together in mutual support,” said Edelman, who is BeaconUnited’s CMO. “The eight BeaconUnited companies are working together to offer the best option to our clients. We are utilizing the strengths of others to make the business experience complete, positive and memorable.”

Founded in 1905 and incorporated in Arizona as Co-Sales in 1955, the company is led by an experienced management team composed of Don Cox, Barbara Usher, Jeff Nelson, John Anthony, Rob Lansing (Northwest), Steve Horowitz (Southern California), Jim French (Northern California), Sue McGowan (Colorado) and Tally Stevens (Utah). Co-Sales covers the Western region of the United States including the Perishable, Non-Perishable and Non-Food divisions of the grocery retailers and distributors in their region. Through the Co-Sales Confection/Convenience team, coverage extends to include convenience stores within the Western region. The firm provides tactical capabilities at retail to include distribution verification, pricing validation, product integrity, schematic compliance, and backroom merchandising. As part of its Northern California division, Co-Sales incorporates a fully staffed Safeway team, headed by Geoff Haskins. Haskins and his team coordinate Safeway’s corporate headquarter and retail coverage of all Safeway divisions. Learn more at co-sales.com.