Home » 2012 Southern California Profile: Competition as Strong as Ever 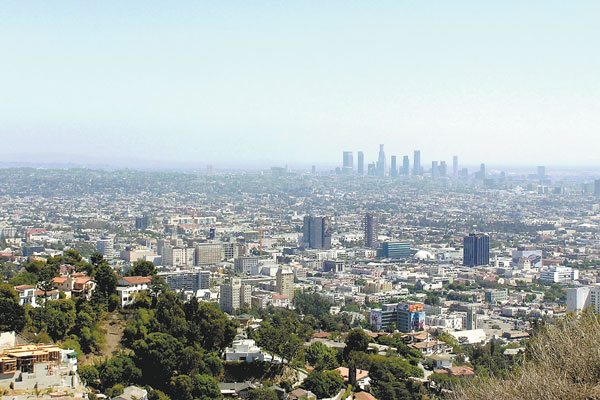 Kristen Cloud
[gn_note color=”#66cc66″] The 2012 Southern California Profile originally ran in the March 2012 edition of The Shelby Report of the West. The profile will be published on theshelbyreport.com one month after it has run in print. [/gn_note]

There’s no question that Southern California is a com­petitive market, perhaps one of the most cutthroat in the United States, as thousands of grocers vie each day for the consumer food dollar.

Sue Klug, president of the Albertsons Southern California division of Supervalu, knows the aggressive nature of the market’s competition will not be abating.

“…Consumers are continuing to evolve at a quicker and quicker pace,” she says. “It’s the speed of the evolution. For so many years, it felt like the industry didn’t change much and now, as the competitiveness changed, as the demographics of the market changed and as the economy changed, you’re sort of seeing the consumers make these adjustments at quicker and quicker speeds. What used to maybe take five years now happens in five months. I think in the future that’s going to keep going. That’s just going to go faster and faster.”

The abundance of grocery competitors in the marketplace now includes recent concepts like Target’s “PFresh,” smaller stores that carry a variety of perishable and frozen foods, meat and dairy products.

“They really are (making inroads),” Klug adds. “You can see how many of their shoppers go in for one item and sort of just skim off the grocery product there, which is taking dollars out of the traditional grocery channel. And Southern California has been one of their top markets in terms of their investing around the PFresh concept. And that’s made ­competition here really, really tough.”

The sagging state and national economies haven’t helped, either.

Preliminary numbers from the U.S. Department of Labor indicate that California’s unemployment rate in December was 11.1 percent, down slightly from November, but ­considerably higher than the month’s national unemployment rate of 8.5 percent.

Bottom line, many believe California is simply not ­business friendly. Jack H. Brown, chairman and CEO of San Bernardino-based Stater Bros. Markets, the largest ­privately owned supermarket chain in Southern California, is one of those.

“In today’s economic environment, you can’t separate business from the national economy—and I see no blue sky up ahead for our economy and certainly I see no blue sky in California,” he says. “California has come to the point of having to make very difficult, difficult decisions.

“I was in a meeting of 20 of the top executives in business in California and when asked if they would headquarter their companies here again, if they were to start all over, none of them said they would—which I think is a terrible evaluation of the business climate in California,” Brown adds. “The class-action lawsuits, all the environmental restraints they put on us, how long it takes to get a new store built is just a difficult challenge. And I’m just not sure where California’s going to go in 2012.”

Klug agrees, mentioning Assembly Bill (AB) 183 that was signed into law last year as one example of legislation that makes it harder to do business in the state. That bill prohibits the sale of alcoholic beverages at “customer-operated” checkstands, or self-checkouts. The bill was widely known to be an attempt by the United Food and Commercial Workers union to slow the development and deployment of tech­nology they see as a threat, according to the California Grocers Association (CGA).

Many of the stores Klug oversees under the Albertsons and Lucky banners generate a “significant amount of business” at assisted self-checkouts.

“In an effort to comply with the (AB 183) guidelines—they’re still sort of being worked through, and meet the needs of our guests—those things have become difficult to execute in some cases,” Klug says.

Other signed bills with significant impact on grocers include AB 688, which creates statutory fines and administrative penalties for stocking expired infant formula, baby food and over-the-counter pharmaceuticals or for the sale of such products. Unfortunately, according to CGA, the only real ­impact of the bill will be to expose grocers to significant risk of litigation and adverse enforcement action if and when clerks fail to follow established stock rotation procedures for these products.

Senate Bill (SB) 514 prohibits the sale of products ­containing the chemical Dextromethorphan (DXM) to people under the age of 18 absent a prescription.

“Though the author (of the bill) worked very cooperatively with CGA to address most concerns with the bill, grocers will still be left in a position to independently determine which cough and cold products are covered by the age ­restrictions, with even innocent errors subject to fines,” CGA’s 2011 Year in Review report says.

Efforts being made draw grocers to low-income areas

After several years of preparation, CGA participated in the launching last year of the California FreshWorks Fund, a public-private partnership loan fund created to bring grocery stores to underserved communities and draw attention to the issue of food deserts in the state.

One of the fund’s first projects is a $20 million loan to Anaheim-based Northgate Gonzalez Markets, which operates 34 supermarkets around Los Angeles, Orange and San Diego counties, to build three stores in heavily immigrant neighborhoods, according to Bloomberg Businessweek.

On Feb. 1, First Lady Michelle Obama visited the future site of the Northgate Gonzalez Market in Inglewood as part of her “Let’s Move!” campaign, which includes promoting the $264 million FreshWorks Fund.

In addition to Northgate, other projects include financing a farmer’s market near a housing ­project and a food delivery service for outlying rural communities, says Tina Castro, director of impact investing for The California Endowment, a Los Angeles-based foundation that focuses on health issues.

“Health really happens in neighborhoods,” she told Businessweek. “We’re looking for those small to medium-sized, independent grocers to give them access to capital and real estate.”

Northgate, founded by Mexican ­immigrant Miguel Gonzalez in 1980, opened the first of three new markets last fall in the City Heights area of San Diego, Businessweek reports. The next will be a renovation of a long vacant supermarket building in Inglewood, which is set to open in the summer. The third will be the construction of a store in South Los Angeles, slated for completion next year. Each store creates about 120 jobs.

Some bigger grocery chains, however, have not had ­success in urban locations.

British retailer Fresh & Easy Neighborhood Market ­announced plans in January to temporarily close a handful of stores in Southern California—some in urban neighborhoods in Los Angeles and Orange counties—because of flagging sales. Nevertheless, the company says it will open 25 new stores by March—including seven smaller-format Express stores that carry only the company’s most popular items in Los Angeles and Orange counties.