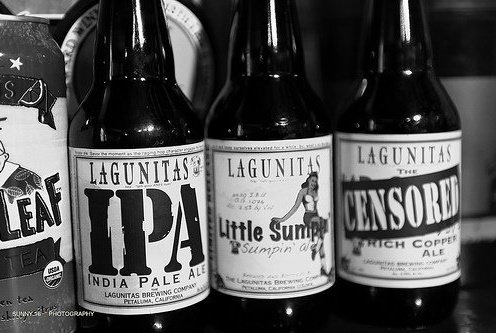 By next year, it should be easier to get a Lagunitas India pale ale in the Windy City, and other areas of the East and Midwest.

The San Francisco Business Times reports that Lagunitas Brewing Co., a craft beer brewer based in Petaluma, Calif., plans to spend up to $18 million to build a second brewery in Chicago, and expects to market its sudsy wares in all 50 states by this summer.

“Lagunitas Brewing plans to make Chicago its second city,” Crain’s Chicago Business said in a headline earlier this week, adding that the new Chicago area facility “would occupy part of a former Ryerson Inc. steel processing plant on the city’s southwest side.” The 19-year-old company is close to completing a $10 million expansion of its Petaluma brewery, and expects to have the capacity to produce 1.2 million barrels by October 2013, when both projects are finished, the Times reports.

“This is one of the coolest things ever,” owner Tony Magee, a Chicago native, is quoted as saying.

In addition, the Chicago brewery will help reduce distribution costs, since 40 percent of Lagunitas’ production is now sold east of the Rocky Mountains, which means that all that beer has to be hauled all the way from Petaluma to points east, the Times reports.

Sales last year were $39 million, up 56 percent from the prior year, and production is expected to jump by half this year to 240,000 barrels.