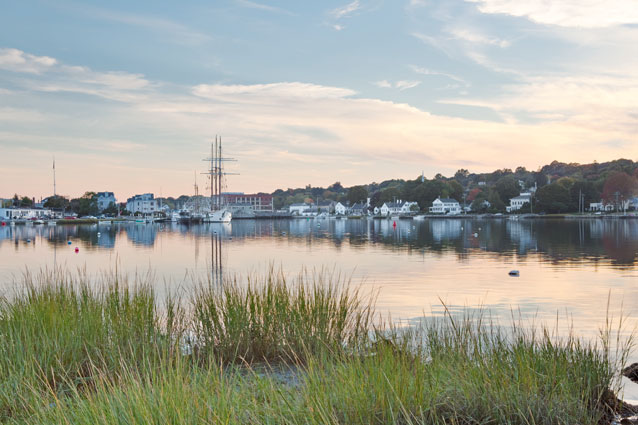 [gn_note color=”#b1cbde”]The 2012 Connecticut Profile originally ran in the April 2012 edition of The Shelby Report of the Northeast. The profile will be published on theshelbyreport.com one month after it has run in print.[/gn_note]

Groundbreaking legislation in Connecticut will likely allow alcohol purchases on Sundays in the very near future.

On March 20, The Shelby Report spoke with the president of the Connecticut Food Association, Stan Sorkin, who was anxiously awaiting the decision of the General Law Committee. The bill—House Bill 5021: An Act Concerning Competitive Alcoholic Liquor Pricing and Hours of Operation for Permittees—went through and now will head to the Appropriations Committee, then the House and Senate, according to Sorkin.

“It’s a very much modified, scaled-down plan from what the governor wanted, (which was) to really modernize Connecticut’s liquor laws, which has a lot of components in it,” Sorkin said. “We’re a little frustrated because we think they are also going to double the fines on food stores if they get caught selling to minors…but all in all our objective was to get Sunday sales and we will have achieved that objective.

“This is the first major change in Connecticut liquor laws since 1933 at the end of Prohibition.”

Once the bill passes the House and Senate, and this must happen before legislative adjournment May 9, Gov. Dannel Malloy will sign the bill into law sometime this summer.

[gn_box title=”Bans on Sunday Alcohol Sales Slowly Fade” color=”#333333″]As Connecticut Gov. Dannel Malloy and state legislators seek to modernize the state’s rules on Sunday alcohol sales this year, the state also has the distinction of being one of the last strongholds of blue laws that date back hundreds of years.

Connecticut is in the company of Indiana as being the last states in the country to prohibit Sunday alcohol sales. There was talk that The Hoosier State would take up the issue during this year’s legislative session, but that opportunity came and went. If efforts in Connecticut to allow Sunday sales are successful, Indiana would have the distinction of being the only state in the country where it is illegal to purchase alcohol on Sunday.

Georgia had been among that group as well until last year. Gov. Nathan Deal signed the bill that allowed municipalities to vote on whether they wanted Sunday sales in their area. The issue was on dozens of ballots last November, and more voted this March during the presidential primary. Nearly all the municipalities voted “yes” on Sunday sales, which was supported by the Georgia Food Industry Association (GFIA) and other groups.[/gn_box]“One is the ability to sell alcoholic beverages on Sunday, which went in with no restrictions in hours, and it has come out (of committee) being able to sell between the hours of 10 a.m. and 5 p.m. on Sunday,” Sorkin said. “In the case of Connecticut supermarkets, it’s just beer. That’s a major thing that we have been looking to accomplish for a long period of time.”

Sorkin also explained there were adjustments to fixed retail pricing, which did not pass, and the only change is “now you can sell one item a month below cost. Connecticut is very much overstored when it comes to liquor stores based upon the ratio of one per 2,500 people in a town vs. Massachusetts, where it’s one in 5,000 people. So you have a lot of local mom and pop liquor stores who have to compete on price,” he added.

State legislators rejected most of the ideas proposed by Malloy, such as the sale of beer at convenience stores with gasoline pumps and allowing bars to remain open until 2 a.m., The Hartford Courant reported. The committee also rejected Malloy’s plans to allow package stores to remain open until 10 p.m. seven days a week. The latest closing now on weekdays will remain at 9 p.m.

The bill also allows package stores to sell fresh fruit, cheese and crackers and snack foods—a substantial change from the current law that allows an extremely limited list of items for sale that include beer, wine, spirits and little else.

An increase in the minimum wage is another issue facing the Connecticut grocery industry. The bill will raise the minimum wage in the state—which is $8.25, according to the Department of Labor—for the next two years.

“Minimum wage will potentially go up 50 cents per hour for the next two years. Only in Connecticut, when the economy stinks, would they think about doing something like this. That did get out of the Labor Committee, and we will have to see what happens to that,” Sorkin said, adding that the new minimum wage bill and paid sick leave will increase business costs by about 13 percent.

“Relatively speaking, it would probably result in Connecticut consumers paying much higher prices for food based upon the fact that you can only cut so far in terms of labor. It also will result in a lack of high school kids being hired, teenagers, and the disabled.”

Unemployment in Connecticut is 8 percent, according to the U.S. Bureau of Labor Statistics.

Not only is Sorkin trying to fight the minimum wage bill to support his members, he also is on the offense for the genetically modified foods bill. The CFA is opposed to proposed legislation that could make state farmers and food retailers label foods that include genetically modified organisms (GMOs).

Sorkin testified on Feb. 22 before the Environment Committee on RB 5117: An Act Concerning Genetically Engineered Foods.

“Mandatory state labeling of genetically-engineered foods is an unnecessary public policy, and expensive for the state’s farmers, retailers and the state to implement while providing little benefit to consumers. Most likely, it is unconstitutional,” Sorkin said in his testimony. “I would like to make the following points: The Food and Drug Administration’s longstanding scientific judgment is that there is no significant difference between foods produced using bioengineering. The FDA’s scientific evaluation of genetically-modified foods continues to show that these foods are safe as their conventional counterparts. Moreover, mandatory labeling to disclose that a product was produced through genetic engineering does not promote the public health in that it fails to provide material facts concerning the safety or nutritional aspects of food and may be misleading to consumers.”

The CFA, however, does support voluntary GMO labeling.

“Voluntary labeling and marketing ensures consumer choice. Individuals who make a personal decision not to consume food containing biotech-derived ingredients can easily avoid such products,” Sorkin added. “The FDA has published guidance to industry that voluntary labeling is permissible so long as the information is accurate, truthful and avoids misleading consumers about the food they are consuming. In short, a consumer can assume a food product is genetically modified if it is not certified organic or voluntarily properly non-GMO labeled.”

Even though GMO labeling and organics really have come to the forefront on state and national agendas, Sorkin said in his 240 member stores, he is seeing another health trend gaining steam.

“The trends seem to mirror what is happening in the rest of the country. We are trending more toward the ‘all local’ compared to the organic,” said Sorkin.

Light at the end of the tunnel approaching?

Sorkin believes the Connecticut economy is beginning to shape up for the better.

“In the last few years some independents have gone out of business, then one or two this year, which is nothing unusual. Independents are doing, relatively speaking, better than they were two years ago.”

Eastern Connecticut’s foreclosure environment improved last year, although it will be another year before the market returns to usual levels, the Norwich Bulletin reports.

“It’s not great that those people lost their houses, but the market is trending the right way,” Eastern Connecticut Association of Realtors CEO John Bolduc said in reviewing statistics released by RealtyTrac Inc. The number of home foreclosures in New London County fell 8.71 percent last year to 262 from 297 a year earlier, while Windham County foreclosures rose 12.65 percent to 187 from 166.

Statewide foreclosures rose 2.24 percent last year, to 4,328 from 4,233 in 2010, RealtyTrac said. December foreclosure activity in the Stamford-Bridgeport metro region spiked to its second-highest level in three years, signaling what some see as the final step in resolving the ills of the housing bubble of the last decade, www.ctpost. com reports.

Store openings in The Nutmeg State 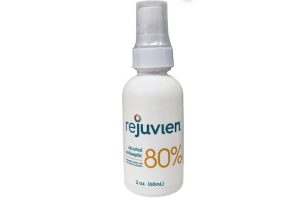 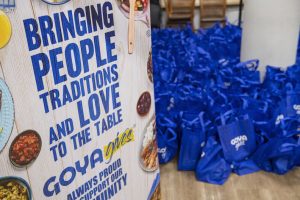