PNC Bank has announced the addition of 191 PNC-branded ATMs in Harris Teeter stores throughout the Carolinas and other states.

The ATMs will be accessible in 138 Harris Teeter grocery stores across North and South Carolina, as well as in 53 stores in Florida, Georgia, Virginia, Maryland and Delaware, between mid-July and Labor Day.

“PNC is always looking for innovative ways to make banking easier and more convenient for our customers, and these Harris Teeter-based ATMs are a great way to expand our services throughout North Carolina and beyond,” said Jim Burzotta, retail banking executive for PNC’s southeast region.

PNC customers can use the ATMS free during Harris Teeter store hours, including those open 24 hours a day. In addition to cash withdrawals, customers can transfer money and check balances on checking and savings accounts.

PNC entered the southeastern U.S. with its acquisition of RBC Bank (USA) in March 2012. Nearly one million consumers became PNC customers as part of its ninth acquisition since 2003. The Pittsburgh-based bank now serves more than six million customers through 2,900 branches in 19 states plus the District of Columbia, and more than 7,100 ATMs nationwide. 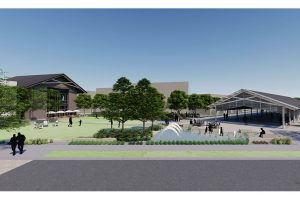