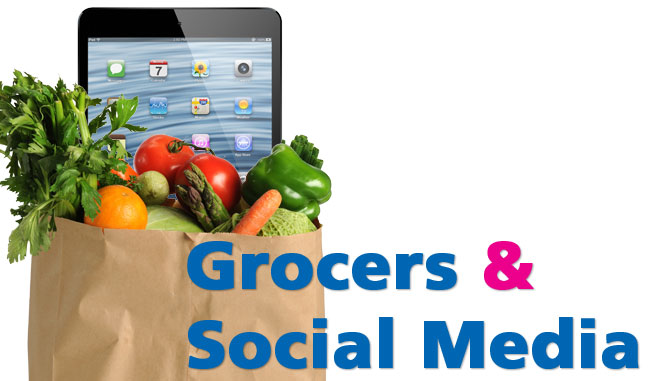 Kevin Kirsch, co-owner of Chevy Chase Supermarket in Chevy Chase, Md., understands the importance of technology and social media. In fact, he assumes the younger generation expects his 25,000-s.f. single-store operation to have a website, at the very least.

“You’ve got to be able to reach each generation, each different way,” Kirsch says. “And I’ve learned that the grandmother, grandfather, the older people, if they have grandkids, actually need to learn Facebook as well because that way they can keep in touch with (their grandchildren).”

Integrating technology with the brick-and-mortar store

Keith Anderson, VP and senior analyst at RetailNet Group, a Massachusetts-based insight and advisory firm with specialized expertise in forward-thinking guidance pertaining to retail growth, reveals that social media is one of several ways retailers are trying to use technology to integrate with and support their core brick-and-mortar business.

“We have data that show what share of different categories is sold online today,” Anderson tells The Shelby Report, “and in categories like computer peripherals, close to half, maybe even more than half, of the category is already sold outside of a store. So there have been incredible impacts in the non-food side of retail.”

While less than 2 percent of all food and consumables are sold online today, social media and an online presence still have a significant influence over where consumers choose to shop for groceries.

“Once you’re in the store (it also can help determine) how many categories might end up in your basket; which brands within a category end up getting purchased; what price you pay. And it’s really being driven by social media on some level,” Anderson says.

“But all of these new digital touchpoints that shoppers have before (arriving to) the store, things like apps to help them, planned meals and the capability to build shopping lists, (help dictate and drive shopper behavior).”

Coinciding with social media, these mobile apps can help shoppers find where within a store the items on their lists are located and even suggest product pairings and suggestions.

“Or an app may notice you’ve never tried a certain category and provide an offer to persuade you to try it,” Anderson adds.

“All of the very traditional sort of promotional tactics—whether it’s rewarding loyalty, trying to convert somebody to shop a category they haven’t shopped in, switch somebody from brand A to brand B—all of those levers are accessible now through mobile,” Anderson says.

“And then you think about the combination of mobile and social media through things like ratings and reviews…the transparency that mobile brings really transcends just price because suddenly people can see nutritional info and health- and wellness-related info: this is where it came from, and this is who made it.

“And there are some very traditional things that we do, things like FSI promotions and couponing, that are fundamentally migrating to a digital world,” Anderson says, “but it’s more than just digital replacing print. It’s all about higher levels of personalization and targeting.”

East Coast retailers, grocers especially, kept shoppers informed for as long as they had power during Hurricane Sandy, which barreled down on the Northeast in late October.

Chevy Chase Supermarket, for example, attracted many visits to its Facebook page prior to and during the storm.

The Chevy Chase page was continually updated throughout Sandy. On Oct. 28, Kirsch posted: “How about this, we just got another delivery of water and ice. Looks like at this very minute we have close to 700 bags of ice and 500 cases of 24pk water. Open today until 5, hurry…snow shovels are selling out fast.”

Kirsch made numerous updates to the page Oct. 29, the day Sandy first made landfall in the U.S.

“As usual, we are STILL fully stocked: 1,500 cases of water in stock, 2 full skids of ice in stock, beer and wine packed out, Charmin and Bounty overflowing, close to 100 cases of shelf stable Horizon box milk, Huge parking lot,” Kirsch posted. “Snow shovels dwindling quickly, suntan lotion available if you’re flying out of town AND plenty of smiles and thank yous. We open at 9am.”

Later on Oct. 29, he posted: “5:57 still open. Will stay open till 8pm. As long as we have power we will open at 9am Tuesday. I will spend the night in the store unloading trucks with my brother to ensure we will be here on Tuesday. Listen for phone message updates.”

To lighten the mood, the supermarket even posted a video of employees riding out the storm with some “turkey bowling.” That posting had been “Liked” by nearly 600 Facebook users and had generated 68 comments at this writing, one of which included: “No wonder the turkeys from there are soooo tender. lol.”

Wegmans had all 81 of its stores impacted by Sandy in some way, according to Mary Ellen Burris, SVP of consumer affairs for the Rochester, N.Y.-based grocer. A Nov. 5 update on the company website said that all of it stores had returned to normal hours of operation and, throughout the storm, a link on the website’s home page directed visitors to updates via the grocer’s Twitter feed.

“We started receiving a lot of calls and tweets from our customers looking for information,” Burris says. “The topics changed frequently as the situation changed. We created hashtag #WegSandy for customers who wanted to follow along for breaking news.”

Wegmans’ Twitter followers also shared with the company the different ways it assisted them through the storm.

One follower wrote: “Thanks to the Bethlehem @wegmans employees in the coffee/tea department for their great work this morning! #sandy #frankenstorm”

And one more follower said: “Thanks for being open today … Gives me and my community a step toward normalization … We’ll go to Wegmans, then it’ll be ok.”

2012’s Top Stories In The Northeast
Kroger, Walmart Reported To Be Among Bidders For Hostess