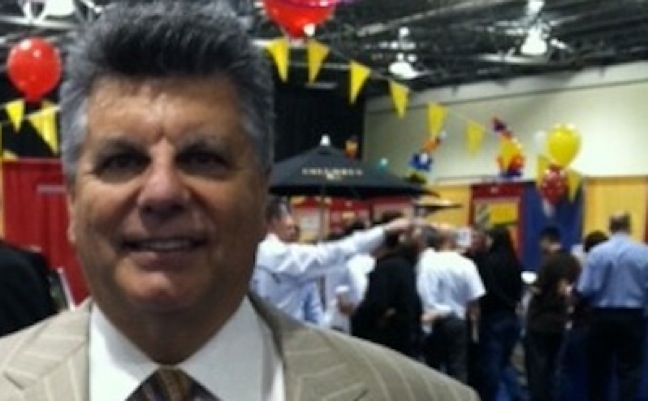 One man, one station wagon and a few bottles of barbecue sauce: Jim Lipari began distributing unique products from the back of his station wagon in the early 1960s. His dream of independence and focus on customer service became a company that would one day cover the Midwest—and post 50 years of success.

To commemorate this milestone, Lipari Foods has organized several ways to celebrate throughout 2013, from extra excitement at the annual trade show for customers, to vendor recognition on the company website to custom apparel for employees.

This will be a “big party with a dedicated section showcasing memorabilia, an anniversary video and company timeline,” says Thom Lipari, president and CEO. “I would like to thank all our valued and dedicated employees, customers, vendors and consumers who have helped us reach 50 years of success.”

Over several years, founder Jim Lipari worked hard as a meat cutter and operator of a full-line grocery store and as co-creator of Bazzo’s barbecue sauce. Lipari Foods Distributors was officially formed in 1963 to continue distributing Bazzo’s.

In 1971, Jim Lipari’s son Thom began working at Lipari Foods. With the purchase of a second building came two walk-in coolers, and soon the addition of cheese, ham and salami started Lipari Foods in the deli business. In 1983, Thom Lipari had an innovative idea, and Lipari became the first company in southeastern Michigan to market in-store frozen dough to bakeries and independent grocers.

Three more acquisitions in 2011 and 2012 strengthened the company with new capabilities. The purchase of I&K Distributors brought a full dairy program on board, adding value to retailers in servicing the perimeter of the store.

The Eastside Deli Supply and Pic-A-Nut acquisitions boosted the portfolio of products for the convenience store channel.

“Over the past 50 years we’ve achieved our goal of becoming a leader in food distribution, servicing the perimeter of the store throughout the Midwest,” says Thom Lipari. “Today we have more than 900 people working for us and we service over 8,000 customers throughout the Midwest. For the future we are committed to continued growth in the Midwest but will aggressively seek opportunities to expand, possibly becoming a national distributor.”

Lipari Foods is headquartered in Warren, Mich., and has 28 depots in the company’s operating area.

In the featured photo at top is Thom Lipari.