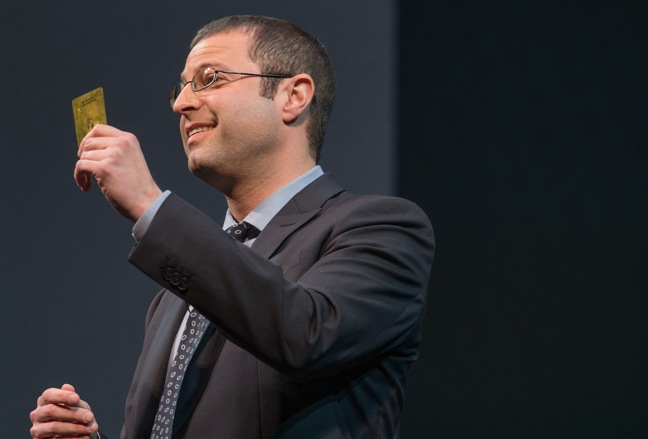 Starbucks is expanding its loyalty program so customers can earn rewards by buying the company’s products at grocery stores, the company announced at its annual shareholders meeting in Seattle on Wednesday.

The Puget Sound Business Journal says that, beginning in May, customers can earn rewards “stars” when they buy Starbucks packaged coffee in grocery stores. The rewards can be redeemed in Starbucks retail stores.

The company also announced that customers using the Starbucks Card or mobile app for purchases at Teavana stores will be able to earn rewards for their purchases starting next month. Starbucks bought Atlanta-based Teavana last year. The company plans to integrate its Starbucks Card and loyalty program across several of its newer brands, according to a statement.

Chief Digital Officer Adam Brotman said at the meeting that Starbucks’ mobile payment platform is being used in the U.S. for more than three million mobile payments per week.

Blair Taylor, Starbucks chief community officer, also announced a $1 million grant to a new nonprofit corporation, LeadersUp, that will offer job and leadership training to young people across the company’s supply chain. LeadersUp aims to raise $10 million over the next year, with a long-term strategy of creating a $100 million annual fund.

In the featured photo at top is Adam Brotman, chief digital officer for Starbucks.