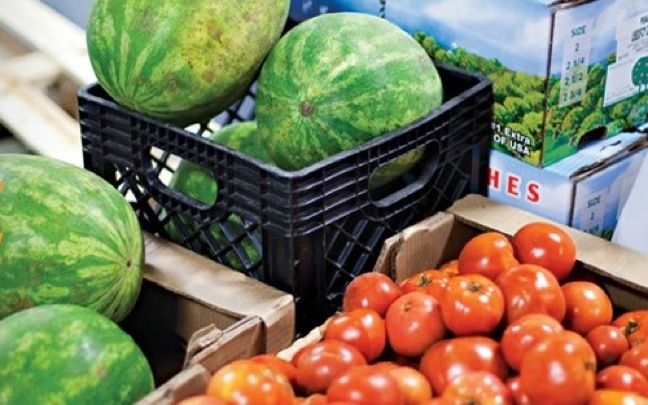 The current Farm Bill being debated in the House this week contains a proposed $21 billion in cuts to the Supplemental Nutrition Assistance Program (SNAP), according to Feeding America, a leading domestic hunger-relief charity.

The organization is asking citizens to call their representatives today and ask them to oppose the cuts.

The cuts would decrease benefits by about $90 per month for 850,000 households, in addition to eliminating benefits for two million individuals. In addition, Feeding America says 210,000 children would lose their free school meals, since eligibility is tied to their family’s SNAP benefits.

According to Feeding America, the cuts would result in lost meals that food banks “simply cannot make up.”

“To put the extent of these cuts in perspective, if divided evenly across Feeding America’s nationwide network of 200 food banks, every food bank would have to provide an additional four million meals each year for the next 10 years. That is an impossible gap to fill,” says Bob Aiken, president and CEO of Feeding America.

Citizens can dial Feeding America’s toll-free hunger action line at 866-527-1087 to reach their members of Congress.

Farm Bill’s dairy program too costly, according to Cornell study

A new study from Cornell University shows that the proposed Farm Bill dairy program will cost more than a bipartisan amendment that will be offered this week by Reps. Bob Goodlatte (R-Va.) and David Scott (D-Ga.). The study, “2013 Farm Bill Dairy Title Proposal Redistributes Program Benefits toward States with Larger Farms,” also finds that the proposed Dairy Security Act strongly favors large farms, according to a news release from the International Dairy Foods Association (IDFA).

“As did the Congressional Budget Office, the Cornell report finds that the Dairy Security Act will cost taxpayers more than the alternative,” says Jerry Slominski, SVP of legislative affairs and economic policy for the IDFA. “The report also contradicts a previous study from the University of Missouri, which claimed the opposite.”

According to the Cornell report, “the government loss ratio is significantly higher for the [Dairy Security Act] proposal than the Goodlatte-Scott proposal,” also known as the Dairy Freedom Act.

The study also refutes the argument that the Dairy Security Act will help small farms, according to the release.

Both the Dairy Security Act and the Goodlatte-Scott proposal will replace the current Milk Income Loss Contract (MILC) program with a new margin insurance program for producers. Under both alternatives, larger producers will be provided an improved and effective safety net to help them through difficult economic times. But only the Dairy Security Act adds a second program intended to increase milk prices by imposing limits on milk production.