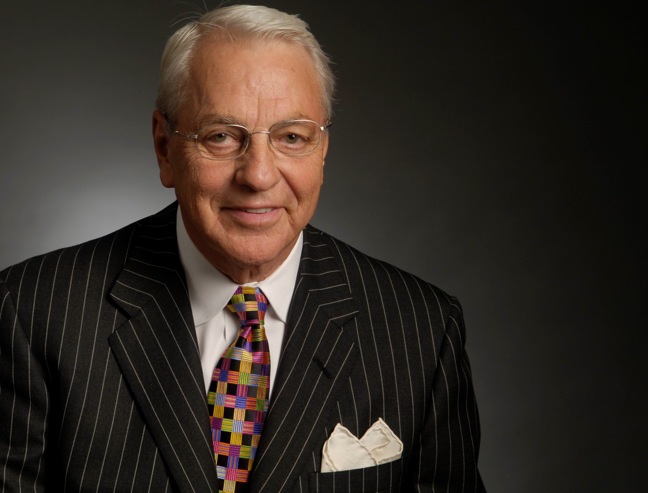 The founder of the Kum & Go convenience store chain has died. Mr. William A. Krause passed away Wednesday morning at his West Des Moines, Iowa, home after a battle with cancer. He was 78 years old and surrounded by his family at the time of his death.

“With heavy hearts, we say goodbye today to our co-founder and friend, Bill Krause. Mr. Krause built Kum & Go on a foundation that focused on its people, and his appreciation for his customers and associates is a legacy that will continue to inspire us at Kum & Go,” the company’s Facebook page says.

Born and raised in Eldora, Iowa, Mr. Krause graduated from the University of Iowa with a degree in journalism/public relations in 1957. Two years later, he formed a partnership with his father-in-law, the late T. S. Gentle, and together they pioneered a convenience store concept where townspeople could purchase milk, bread and eggs in addition to gasoline. Formerly known as Krause Gentle Corp., the family-owned company opened its first store in Hampton, Iowa, in 1959. Today, Kum & Go employs more than 4,600 associates and operates in 11 states with 423 stores. After dedicating 44 years of vision and leadership to the company, Mr. Krause retired from Kum & Go on Dec. 31, 2003, the company says.

Mr. Krause was known for his strong work ethic and entrepreneurial spirit, and his professional career is recognized as both dynamic and influential, according to the company. Over the years, he received numerous recognitions for his accomplishments in the industry.

“Dad’s influence in the industry and with his associates and customers built a strong foundation for the company that continues today,” says Kyle J. Krause, CEO of Kum & Go. “He had a huge passion for people, especially Kum & Go associates. His appreciation for people is a legacy we will continue to carry on every day.” 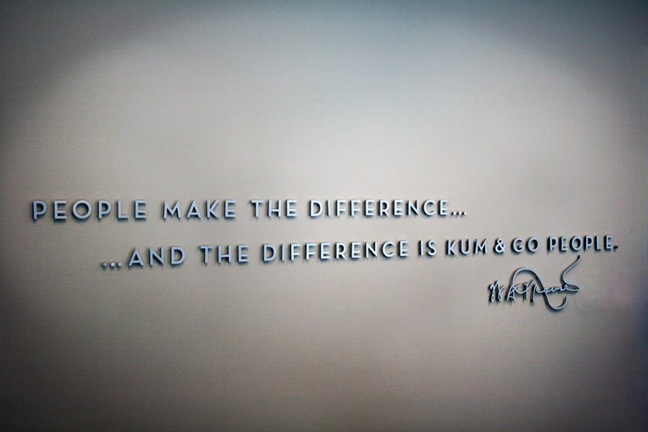 Mr. Krause positioned Kum & Go for growth with a foundation that focused on people, according to the company. This passion is evident throughout Kum & Go’s headquarters, where one meeting room, aptly named “WAK” (initials of William A. Krause), exhibits Krause’s words: “People make the difference … and the difference is Kum & Go people.”

“Dad was famous for the many heartfelt and touching letters he wrote to family, friends and Kum & Go associates,” says Kyle Krause. “Many people have files of his letters they have kept throughout the years. He also was a very generous person to anyone in need, which is embodied in his dedication to philanthropic work. Dad leaves a legacy of 50-plus years devoted to a community commitment by sharing 10 percent of Kum & Go’s profits with charitable and educational causes each year.”

Mr. Krause was noted for his love of the University of Iowa as a benefactor devoting his time and financial resources in the support of the Henry B. Tippie College of Business, College of Liberal Arts and Sciences, Hancher Auditorium and the Iowa Opportunity Fund. He was a life member of the Kinnick Society, which recognizes the most generous annual contributors to UI athletics. He rarely missed an Iowa home football game and he was named Hawk of the Year by the Department of Athletics in 1993. His passion for Iowa football resulted in the lead gift for Kinnick renovation and the naming of the Krause Family Plaza.

Mr. Krause also was renowned for his service on many philanthropic boards and community organizations. His generous support of Junior Achievement of Central Iowa will continue to empower and inspire young people through the W. A. Krause Center for Entrepreneurial Education, the company says. He received the St. Elizabeth Ann Seton Award from the National Catholic Educational Association for his support of Catholic schools in the Des Moines area. In addition, Mr. Krause also was a recipient of the Civitas Award, which is the highest honor bestowed within the Dowling Catholic community for individual dedication and service to the school. His honors also include an Entrepreneurial Spirit Award from the Des Moines Business Record and designation as Iowa-Nebraska Entrepreneur of the Year by national accounting firm Ernst & Young. The U.S. Small Business Administration honored him with the Iowa Entrepreneurial Success Award in 1994.

“Bill was like a second father to me,” says Jeff Winters, a 37-year associate of Kum & Go and a friend of Mr. Krause. “He gave me my first job when I was 16 years old, and has been a wonderful mentor and leader. He was also heavily involved in the community, and everyone looked forward to his store visits. Bill loved meeting and working with people, and he always remembered your name.”

Steven Zumbach, an attorney, Kum & Go board member and friend of Mr. Krause, adds, “Bill was one of Iowa’s great entrepreneurs who started and grew Kum & Go into an industry leader that is one of Iowa’s iconic companies. He was also one of Iowa’s most generous corporate citizens.”

“Bill loved life and I loved that about him,” Keough says. “I am thankful and proud to call him one of my mentors and my friend. Whether it was taking care of his employees or giving back to his community, Bill was a great example of passion, integrity, teamwork, caring, and excellence. I am a better person for having had Bill as my friend. He will be greatly missed.”

Memorial contributions may be directed to Dowling Catholic High School, Holy Family Catholic Schools and Above + Beyond Cancer. 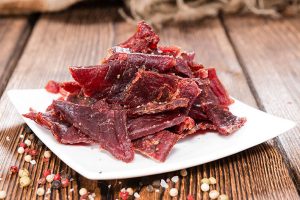 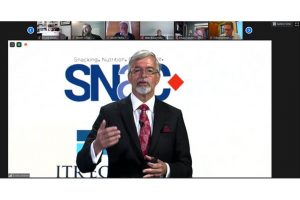