Home » Maurer Is Wisconsin’s 2013 Grocer Of The Year 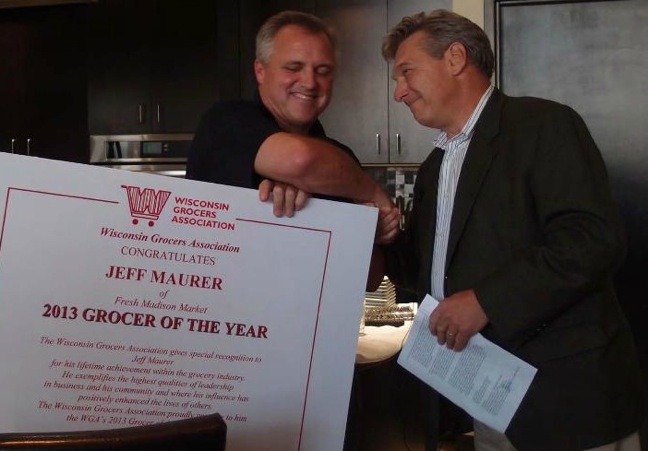 The Wisconsin Grocers Association (WGA) has named Jeff Maurer, owner of Fresh Madison Market, its 2013 Grocer of the Year.

Maurer was presented the award at a surprise announcement in Fresh Madison Market’s event room with a crowd of more than 40 well wishers, family, friends and associates.

Brandon Scholz, WGA president, said Maurer has had a long career in the grocery business and the main word used to describe him in the nomination written by Rick Van Klaveren of Nash Finch was “innovative.”

Fresh Madison Market’s format is different than many stores due to the number of student customers on the campus of the University of Wisconsin-Madison and the store’s many promotions that cater to students.

To serve his customers at the standards Maurer has established, all of his employees go through the National Grocers Association Online Training Program before they go “live” in the store.

One of Maurer’s more innovative contributions to the Madison community was to establish the Freshmobile, which travels to five different underserved locations in the Madison area, reaching out to people who do not have access to grocery stores.

Maurer also provides food every week for 60 people at Gilda’s Club for cancer patients and their families who gather to support one another. He is involved in many local organizations and serves on several boards, including the IGA Coca-Cola Institute Advisory Board, Dane County Safe Food Advisory Board, the Boys and Girls Club of Baraboo-Sauk and the WGA board of directors.

In the featured photo at top: Jeff Maurer, left, shakes hands with Brandon Scholz, president of the Wisconsin Grocers Association (WGA). WGA has named Maurer its 2013 Grocer of the Year. 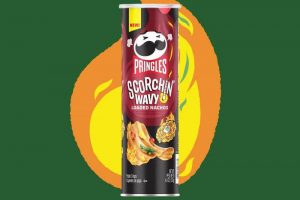 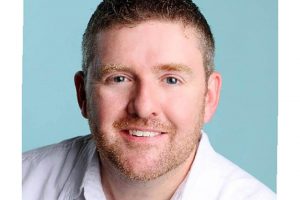