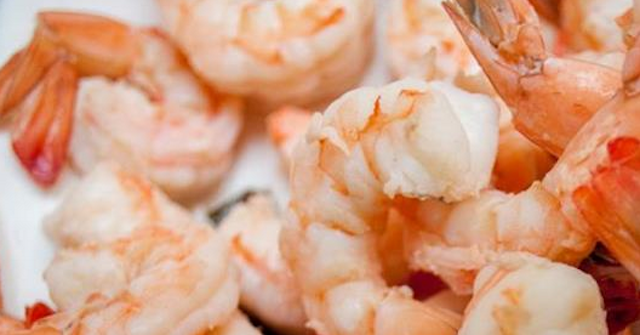 The federal government on Sunday announced at Seafood Expo North America in Boston its final plans to crack down on seafood fraud and illegal fishing. The announcement, which came from a presidential task force created in June, reaffirms President Obama’s commitment to stop these crimes that provide profits to pirate fishermen, rip off consumers and hinder ocean conservation.

Since 2011, Oceana has worked to stop seafood fraud and ensure that all seafood sold in the U.S. is safe, legally caught and honestly labeled. In 2014, Oceana released a study revealing that America’s favorite seafood—shrimp—was misrepresented in 30 percent of the 143 products tested. In a similar study in 2013, Oceana found that 33 percent of the more than 1,200 fish samples it tested nationwide were mislabeled, according to Food and Drug Administration guidelines. Seafood fraud not only cheats consumers, but can also impact public health and global ocean conservation by allowing illegally caught fish to be sold in the legal marketplace.

In response to the announcement, Oceana released the following statement from senior campaign director Beth Lowell:

“(This) announcement is proof that the Obama administration is committed to stopping seafood fraud and ending global illegal fishing. These efforts will help to stop the bait and switch of species like red snapper and Gulf shrimp.

“Oceana applauds these efforts to break the unintended link between U.S. dollars and pirate fishing. Traceability will forever change the way we think about our seafood. Responsible seafood purveyors will no longer have to worry about the products they sell, and consumers can finally trust that they’re getting what they pay for.

“President Obama must now ensure that these final recommendations are fully implemented. Additionally, while these initial efforts only start with risk-based species to the first U.S. sale, they create a pathway to full chain traceability for all seafood. The transition from risk-based to comprehensive full-chain traceability will increase the safety net for all consumers, fishermen and seafood businesses.

“Because our seafood currently travels through an increasingly long, complex and non-transparent supply chain, there are numerous opportunities for seafood fraud to occur and illegally caught fish to enter the U.S. market. From fine dining establishments in New York City to small restaurants in Kansas City to grocery stores in Los Angeles, every time Oceana has tested for seafood fraud, we’ve found it.

“A recent study of top U.S. seafood imports found that between 20 and 32 percent of wild-caught seafood crossing our borders comes from ‘pirate’ fishing. This type of activity, which can include fishing in closed areas, catching threatened or endangered species or using destructive, banned gear, can decimate marine ecosystems and costs billions of dollars worldwide every year.

“Tracking where, when and how our seafood is caught, and ensuring that this basic information follows the product through each step in the supply chain, will help to eliminate opportunities for seafood fraud and the illegal fishing it can disguise.

“From our testing results, fraud and mislabeling can happen anywhere in the supply chain and with many different types of seafood like high-value red snapper to American’s favorite, shrimp. Selling farmed shrimp as wild-caught or tilapia as red snapper not only cheats consumers, but also hurts honest fishermen and seafood businesses that play by the rules.

“Oceana will continue to push for mandatory and comprehensive full-chain traceability—from boat to plate—to ensure that all seafood sold in the U.S. is safe, legally caught and honestly labeled.

“We also applaud the president’s efforts to pursue international commitments to eliminate harmful overfishing and IUU fisheries subsidies and urge the government to continue its ambitious efforts in current and future international trade negotiations.”

In 2014, Oceana launched a new interactive map using Google Maps Engine to show the global reach of seafood fraud. The map, which is the most current and comprehensive review of seafood fraud literature to date, compiles more than 100 studies from 29 countries and every continent except Antarctica. While the percentage of seafood fraud found in these studies varies from 1.5 to 100 percent, the average level is 22 percent (weighted based on sample size).

The National Fisheries Institute (NFI) says it also supports many of the recommendations of the task force.

“A focus on strengthening international capabilities, enforcement and enhancing tools already in place will be essential to address illegal fishing,” NFI President John Connelly says in a statement.

“It is essential that NOAA resources continue to focus on the science-based decision-making that is the basis of sound U.S. fisheries management. Diverting resources from stock assessments to fund programs that duplicate other agencies responsibilities would be a mistake

“Calls for greater coordination to avoid duplication and waste of government resources should be heeded.

“Likewise, consideration of changing regulations, like using the common name of fish, rather than the market name, should be avoided in order not to confuse shoppers while costing producers, processors, restaurants, retailers and ultimately consumers.

“We are pleased the task force has focused on this challenge and appeal to the agencies now tasked with carrying out these recommendations to do so with a cost-effective, targeted approach. Expanding the program outside of at-risk species makes little tactical sense and even less fiscal sense.”