Midan Marketing, a provider of marketing, public relations and market research services, partnered with Meatingplace, an online community for pork, beef and poultry processors, to conduct a study, “Protein and the Plate,” that looked into the continuing decline in meat consumption among U.S. consumers.

Sponsored by Yerecic Label, an on-pack label solution provider, the study found that reasons for the decline include high prices, shifting needs of consumers and increasing offerings of alternative protein sources.

Danette Amstein of Midan Marketing presented the study’s findings earlier this month in part one of the company’s two-part webinar series.

“Today’s information comes from 10 years of consumption data along with some fresh new research done with consumers and with industry perspective,” Amstein said.

That long-term data came from The NPD Group, a market research and information company, and its National Eating Trends study. The NPD’s database on food consumption is a compilation of the monthly diet information for 5,000 individual people spanning 10 years. Additionally, Midan worked with NPD to survey nearly 1,000 of the leading meat consumers from NPD’s databanks to gain further insight into their attitudes and behaviors. Finally, Midan surveyed meat industry professionals through Meatingplace to see how well their attitudes aligned with those of the consumers, and they found that professionals and consumers are largely out of sync.

“The reality is that Americans are eating less meat. Part of that is because we have less supply on certain proteins out there, but we’re also seeing some shifts. So before you start to write this off as just a supply issue, please don’t,” said Amstein. She pointed out that between 2004 and 2014, the share of home-prepared meals rose from 83 percent to 85 percent. That’s often a good sign for the meat industry, Amstein noted. However, in that same time frame, overall meat eatings—the number of times a single item is eaten by an individual in a given year—decreased from 138 to 129. According to the Midan study, the two reasons for the decline are that fewer people are eating meat and that those who are still eating meat are doing so less frequently.

Certain age groups have cut back on consumption

“We talk about the generations and their contribution to the decline, and it’s really across all of them with the exception of the young folks, the Millennials. Millennials’ annual eatings per capita were about 89 in 2004, and it has gone up one to 90,” she said. “Unfortunately, they only make up about 25 percent of our population and 21 percent of consumer discretionary purchases.”

Matures and Boomers are the generations with the most discretionary purchasing power, and those generations are where the meat industry is seeing some decline.

“Boomers’ needs are changing, and this would certainly be an indication that we are not catering to those needs as much as we used to, particularly in three areas or trigger points: nutrition, portion and convenience,” said Amstein.

The Midan study points to ham as a category that is suffering because of consumers’ perception that it is less healthy than other meats and to beef roast because of a lack of convenience and portion control. Amstein stated that the older generations “simply don’t need leftovers” and that their need for smaller meals is impacting their purchasing habits.

Price plays a role, too

It is no surprise to anyone in the meat industry that price is another factor in the decline of meat consumption, according to Amstein. Seventy percent of consumers have noticed the price increases over the past few years, and many consumers are adjusting their habits accordingly. Twenty-eight percent are buying less expensive types of meat; 22 percent are eating more dishes where meat is an ingredient rather than the focus; and 18 percent are decreasing the amount of meat they put in a dish. The cause for concern for the meat industry is that the study found that even when prices decline, meat purchases are not increasing. Midan found that 86 percent of consumers plan to continue to use less meat in their dishes; 85 percent plan to continue buying cheaper meats; and 77 percent plan to continue eating more meatless dishes.

“Those numbers are very high and certainly not aligned with what the industry feels consumers will do when the prices go down. This is a case where the meat industry really is a little too optimistic and too focused on price being the be-all, end-all. It’s not. It’s a situation where we’ve got to pay attention to the shift in the norm and figure out how to bring about a change in behavior or better align ourselves with how consumers want to purchase and prepare our products,” said Amstein. “One-third to one-fifth of the population appears to be making a shift in habits, and you know when you have a habit, it’s hard to break it.”

Amstein expressed concern at the meat industry’s belief that meat will make a comeback as “the center of the plate” once prices begin to decrease. According to her, the meat industry is going to have to accommodate shifting consumer habits and embrace ingredient offerings.

“This is a case where we need to do a little reality check because the norm has shifted; ingredients are important. We’ve got to create those ingredient options for consumers,” Amstein pointed out. “Hard to do, I know, because we’ve got nice boxes, carcasses come in on rails, boxes go out the door, it works really well. But if we’re going to continue meeting needs, we have to talk about what changes we may need to make in order to accommodate that.”

The best way for those in the meat industry to grow their sales is by adding value and convenience for consumers, said Amstein. Because of increased prices, consumers are particularly averse to purchasing expensive cuts of meat that they may not know how to cook or may perceive as taking too long to prepare. Amstein told listeners that producers should be “thinking about seasoned and marinated, value-added and case-ready opportunities” that make meat more convenient for consumers.

One other major cause of consumers’ shifting habits is the perception that meat is not healthy. “What is meat’s No. 1 attribute, hands down?” asked Amstein. “It’s protein. And unfortunately, the current trend shows a shift away from meat to non-meat protein sources.”

She points out that other industry marketers have jumped on the “protein bandwagon” that is the current trend in the U.S., and they are causing a shift in what can be labeled as a “good” or “excellent” source of protein. “You just stick your spoon in the peanut butter and have a little protein and feel like, good, I got some protein for the day,” she said. “But there doesn’t seem to be a balance and understanding that the type of protein or the value of that protein to you and the amount of protein you’re getting are very different than what you’re getting when you’re eating good meat…Consumers are either missing the message that meat is the best ‘excellent’ source of protein, or the message is missing.”

Amstein encouraged listeners to walk around a grocery store and take note of the packaging claiming to be a good source of protein and to compare the aisles to the meat section. “What are you going to see?” she asked. “Probably nothing. It’s kind of silent… At the meat case—on packaging if it’s case-ready—there are opportunities to really show that we are the original and very best source of protein that can go a long way in getting consumers more interested in eating more of our products.”

The second part of the Protein and the Plate webinar series will address dinner, an area where Amstein believes the meat industry has a lot of room to grow. The webinar will provide insights into the types of dishes consumers are making, the appliances they are using and how the meat industry can help consumers decide what to make. It will also provide more details on meat use by demographic. Part two of the webinar is set to debut July 8. A recording of part one can be found at midanmarketing.com.

At the end of the webinar, Midan Marketing’s Danette Amstein answered some participant questions.

Q: What can packers do to stem the tide of alternative proteins?

Amstein: The first thing, I think, is how we’re labeling products at the meat case. We’re not screaming that this is an excellent source of protein. And, if you have case-ready operations, work that into your packaging or in promotional opportunities to talk about the fact that you can’t get better protein anywhere else than…the meat case. That would be where I would start.

Then, also…make sure in your communication on your websites and on your digital formats that [you’re] talking about the fact that we own protein; let’s not give that up.

Q: Is retail grocery stuck in a rut with their offering of meat to satisfy this trend (of meat as ingredient rather than center plate item)? How can they respond?

Amstein: If you have an opportunity to travel the country and see a lot of the grocery stores…some of the niche players are starting to merchandise differently and think differently about how they put meat out there and put items together to create that meal, or to talk about their sale items together to create the dinner option, or to provide ways to put meat center of the plate and then a leftover option. There’s lots of merchandising that just isn’t being done in what I would call “general” supermarkets and grocery stores. So, yes, I do think we are stuck in a rut. We have capital expenditures in meat cases and in the way we’ve done things, and it’s really hard for them to want to make a change. But it’s data like this that I would encourage you to share with them as they’re doing planning to get retailers to realize they need to make a change.

Q: Besides changing the message about meat, is there any information regarding the frequency of meat promotions that matter?

Amstein: That wasn’t part of the study, so I can’t speak to it in terms of Protein and the Plate. We do know anecdotally from work we do with clients that yes, promotions do matter. I’m sure the retailers on the call will agree that sometimes you can put something in the ad and leave it at the exact same price and see a nice little bump in it. 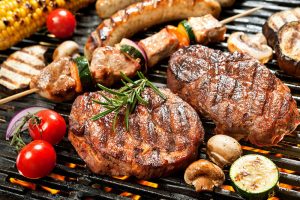 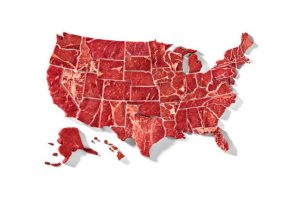 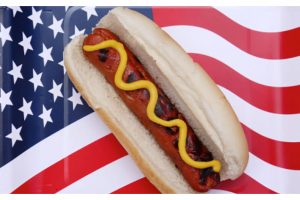