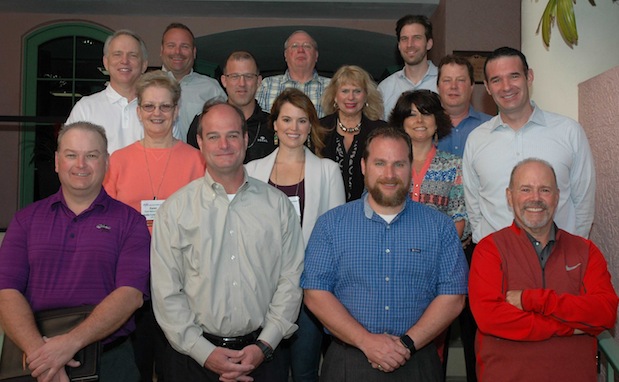 Ed Viesturs, the only American climber who successfully reached the summits of all the world’s 14 8,000-meter peaks without supplemental oxygen, kicked off the Refrigerated Foods Association’s 36th Annual Conference in March with his lessons on risk management and patience. The conference was March 6-9 at the Vinoy Renaissance Resort in St. Petersburg, Florida.

Viesturs’ inspirational message received top marks from the conference audience, which included approximately 200 attendees from across America and Canada.

Other presenters and topics included Pasta 101; “Engaging and Developing Millennial Leaders” from speaker and author Scott Sadler; “The Effects of Social Media on the Food Industry” by noted blogger “SciBabe,” Yvette D’Entremont; “DNA Fingerprinting: Friend or Foe?” by Ben Howard of Certified Laboratories; “Which Trends Should Get Your Attention” by Alex Stanley of SmarTeam; and a critical technical update from RFA Technical Director Martin Mitchell.

Another highlight of the conference was a dinner cruise aboard Yacht StarShip, complete with a photo kiosk, awards and dancing. The annual golf tournament saw players enjoying networking and beautiful weather on the Vinoy’s award-winning course. Suppliers displayed their wares and presented money- and time-saving opportunities at the Tabletop Reception and during the One-on-One CEO Sessions.

Tom Davis of Lakeview Farms was elected as a new board member, and the following were re-elected to serve three-year terms: Don Klausing; Jeff Rhodes, Ventura Foods; and Wes Thaller, House of Thaller.

The RFA’s Executive Committee consists of: