President Donald J. Trump’s nomination of former Georgia Gov. George Ervin “Sonny” Perdue III for Agriculture Secretary is being commended by the majority of the food industry groups and officials.

Perdue will oversee a department of about 100,000 employees and about $140 billion across various programs. He also will have a significant role in the next Farm Bill debate, which will be up for reauthorization in 2018.

Perdue served as the 81st  governor of Georgia from 2003-11 and served as senator in the Georgia Assembly.

Georgia Agriculture Commissioner Gary Black said, “We are ecstatic and grateful to the (president) for making this appointment. Agriculture is in Sonny Perdue’s DNA and now that he has the opportunity for it to be his full focus, we are confident that he will lead Trump’s team in making rural America great again.”

United Fresh President and CEO Tom Stenzel added, “We congratulate Gov. Perdue on his selection as the next Secretary of Agriculture. We have high regards for this past work with our Georgia fruit and vegetable industry and are confident he will bring a passion and commitment to supporting agriculture and helping us deliver healthy foods to all Americans. We anticipate meeting with Gov. Perdue soon and working with him on critical issues such as securing an adequate workforce through immigration reform and a new guest worker program, bolstering free and fair trade, serving the neediest Americans through federal feeding programs and more.”

National Association of State Departments of Agriculture (NASDA) President and Louisiana Commissioner of Agriculture & Forestry Dr. Mike Strain highlighted a number of priorities NASDA looks forward to working on with the new administration.

“We congratulate Gov. Perdue and welcome the opportunity to work together,” he said. “The next Farm Bill, expanding export opportunities for U.S. producers and the fostering a regulatory environment that allows agriculture to thrive are key priorities we look forward to partnering on with Gov. Perdue. Most importantly, we look forward to working cooperatively, as state and federal partners, to advance the success of farmers and ranchers who feed families in the U.S. and beyond.”

American Soybean Association President and Illinois soybean farmer Ron Moore said, “Congratulations to Gov. Perdue. USDA touches the lives of every American, and it is among the most crucial government functions for farmers across the United States. For soybean farmers, USDA serves us in so many ways. From working to implement a viable risk management framework to helping expand our markets overseas, to investing in agricultural research here at home, these are critical elements of the farm economy, and we look forward to working alongside USDA under Secretary Perdue to ensure that the department continues to serve American soybean farmers in the most effective manner possible.”

Jim Mulhern, president and CEO of the National Milk Producers Federation (NMPF), said, “America’s dairy farmers are looking forward to working with Secretary of Agriculture-designate Sonny Perdue, whose role as the chief advocate for farmers and rural America is absolutely crucial in the new Trump Administration, especially when milk prices have been in a prolonged slump.

“Former Gov. Perdue is well-qualified to run the U.S. Department of Agriculture as a result of his eight years of executive experience as Georgia’s governor, and his career as a state legislator and small businessman. His educational training as a veterinarian also gives him unique insights into the important issues facing America’s livestock producers in the areas of animal health, food safety and the environment.

“Dairy producers, like most other farmers and ranchers across America, have experienced significant economic challenges for more than a year. Starting right away in 2017, NMPF will seek to collaborate with Secretary Perdue on ways to strengthen the safety net for dairy farmers, relieve regulatory burdens and enhance opportunities to keep and grow markets abroad for our dairy exports.

“In particular, we will continue to advise the Agriculture Department on efforts to improve the dairy Margin Protection Program to best benefit America’s dairy producers. We will also continue our dialogue with USDA and others in the Trump Administration on the importance of enforcing previous trade agreements, as well as pursuing future well-negotiated trade agreements that bolster our ability to serve consumers in foreign markets.

“We’re excited to work with Gov. Perdue on these challenges and opportunities in the days ahead.”

At least two groups, however, are less than pleased with the nomination.

Greenpeace Senior Food Campaigner Monqiue Mikhail said, “Gov. Perdue has no track record of promoting policies and protections that would help stabilize climate and agriculture systems, which is what we need the U.S. Secretary of Agriculture to do if we’re going to have a fair food system for the 21st century.

“The American people need major reforms in the U.S. food system during the Trump administration. Americans want a food system that is transparent, supports the expansion of ecological and organic food production, empowers family farmers to make a decent living and phases out subsidy schemes that misuse taxpayer funds to push overproduction of GE monocultures like corn at the expense of the environment and farmer jobs. This is a critical time for American agriculture. Sonny Perdue needs to prove he isn’t just looking out for corporate food systems, but people and farms, too.”

Friends of the Earth Deputy Director of Food and Technology Kari Hamerschlag echoed that statement, saying, “Rather than draining the swamp, Trump’s pick of Perdue to run the USDA puts a career politician and agribusiness CEO in charge of running one of the nation’s largest agencies. Given Perdue’s position with a global agribusiness trading company and his actions as governor, we are concerned that Perdue will use his position at the USDA to prioritize the profits of big agribusiness and trade over the interests of American farmers, workers and consumers.

“Farmers are among the most vulnerable to extreme weather events caused by climate change. This year was the hottest on record and farmers need a champion in the USDA who will fight for conservation programs to help farmers be more resilient in the face of extreme weather, not pray for rain.

“While trade is important, we need a leader at the USDA who understands the importance of growing stronger local agricultural economies. The USDA Secretary must focus on creating good jobs in rural America by supporting independent family farmers and ranchers who are working hard to meet U.S. consumers’ demand for healthier, cleaner food that is grown without the use of synthetic hormones, routine antibiotics, GMOs or toxic pesticides.

“With the appointment of Sonny Perdue, Trump has created a cabinet with almost no racial or gender diversity. Of 16 cabinet positions, Perdue is the 12th white man to be appointed. Of note, Trump met with and rejected several Latino candidates for Secretary of Agriculture over the past month.” 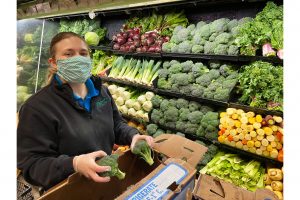 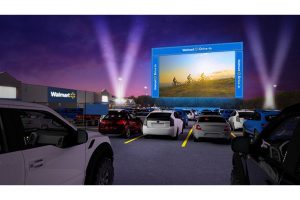