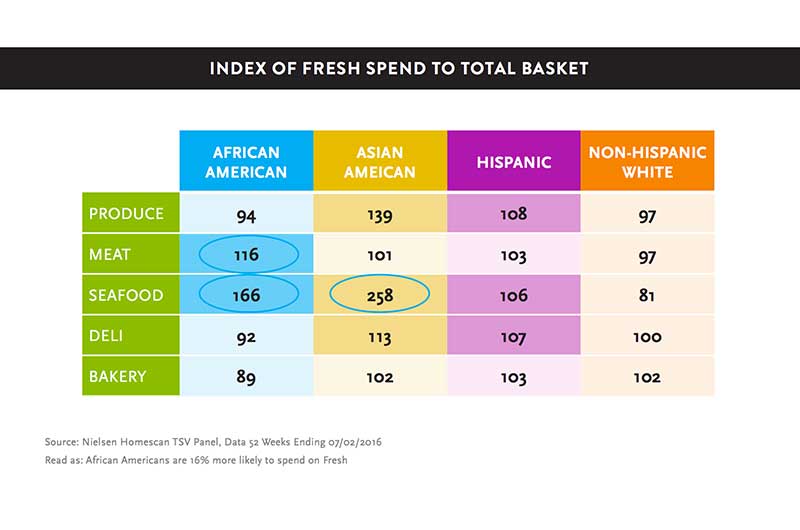 With the rapid growth of multicultural households in America and their unparalleled influence on the marketplace, there is a strong need for retailers to revise their in-store strategies to include a wider range of fresh food products and flavor profiles that cater to the multicultural consumer set. That’s according to Nielsen, which has released a report that it says can help retailers understand the influence multicultural consumers wield across the meat, produce, seafood, deli and bakery categories. The report, “A Fresh Look at Multicultural Consumers,” reveals strategic insights for retailers looking to leverage new growth opportunities across the perimeter, over the next several decades.

Multicultural consumers are the fastest growing segment of the U.S. population and the growth engine for fresh food categories within the grocery space. According to the report, multicultural households spend a higher share on fresh as a percentage of their total food spend compared to non-Hispanic white households. In fact, multicultural consumer shoppers make 3 percent more trips to the store containing fresh items and spend 4 percent more per year on fresh items, resulting in a $2.2 billion opportunity for retailers. For many multicultural families, fresh is a dietary staple. The multicultural preference for fresh comes from cooking and eating norms that centrally reflect the unique cultures of African Americans, Asian Americans and Hispanics. That said, the allure of multicultural flavors and desire for fresh are influencing a wider range of shoppers, and becoming a key driving force for fresh growth, according to the report.

“In order to tap this critical market, retailers need to rethink their delivery and assortment strategies of fresh products being offered to today’s increasingly multicultural shoppers,” said Courtney Jones, VP of multicultural growth and strategy at Nielsen. “To be successful, retailers must understand the importance that culturally relevant, fresh offerings play in the multicultural shopper landscape. Retailers must also embrace the many layers of multicultural consumers and the undeniable ‘halo effect’ that those consumers are having on mainstream non-Hispanic white shoppers. The multicultural consumer covers a broad spectrum, from multi-generational families to Millennials, to Asian American, African American and Hispanic subgroups that have been influenced by distinct global culinary traditions. Retailers must consider the multiethnic tastes of their current and desired customers and recognize that the palates that favor multicultural flavors are influencing the taste preferences of non-Hispanic whites and society at-large.”

Insights from the deli department

• Multicultural flavors are “mainstream” in the deli and continue to grow.

• Non-Hispanic white shoppers are inspired by the ethnic flavors found within the deli.

• Multicultural consumers are taking advantage of the quick and easy meal solutions and meals for large families within the deli department.

• Social media influencers and popular restaurant flavor trends are infiltrating the produce aisle. For example, the growth of Habanero, with items popping like Habanero grilled vegetable and even habanero margaritas.

• Multicultural consumers spend more in meat and seafood departments than any other fresh department.

• Within the seafood department, multicultural households spend $62 a year compared to non-Hispanic white households at just $43.

• Multicultural consumers are less willing to purchase branded fresh meat and seafood items; instead there is preference toward made-to-order, unbranded meat products, typically prepared behind the counter.

• The bakery offers the biggest opportunity for multicultural consumers, who spend only 9.8 percent of their fresh dollars on bakery.

• The bakery’s proximity to the deli should be leveraged to create strong cross-department connections for multicultural shoppers across multiple entertaining categories. 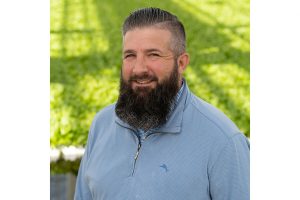